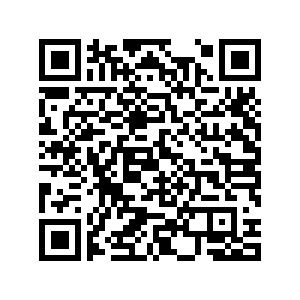 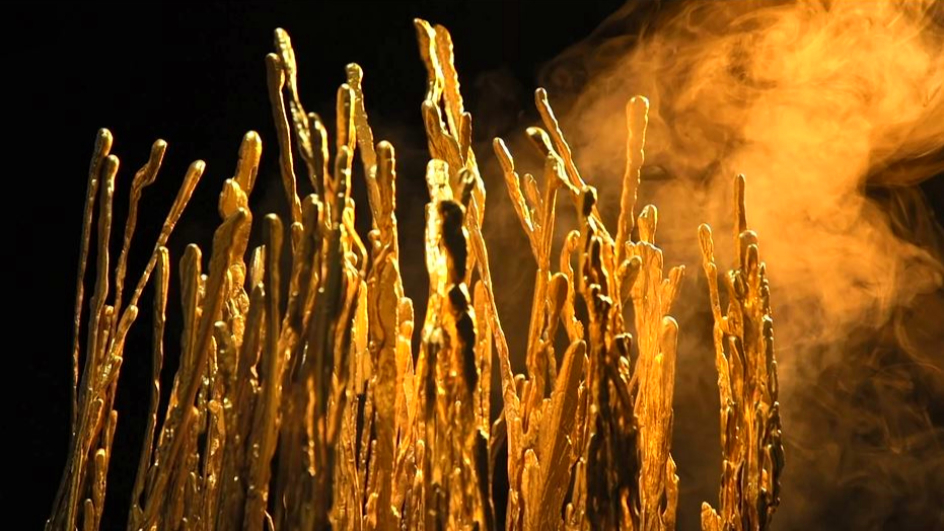 Bronze holds a special meaning in Chinese culture. The Bronze Age, starting around 1700 B.C., had a profound impact on the development of the nation's civilization. In our special four-part series, we will follow one of China's well-known bronze art masters, Zhu Bingren. His innovative ideas have helped bring new vitality to this ancient craft. In the second episode, we learn about how the artist saw new possibilities for copper from a fire accident, and how he presented his art to the world.

The temperatures soar in east China's Hangzhou in midsummer. But the heat doesn't stop Zhu from experimenting with molten copper.

With the aid of his team, Zhu pours it onto straw and sawdust and then waits. He's eager to see what shape and texture it will take. Every attempt is different and the results are unpredictable. 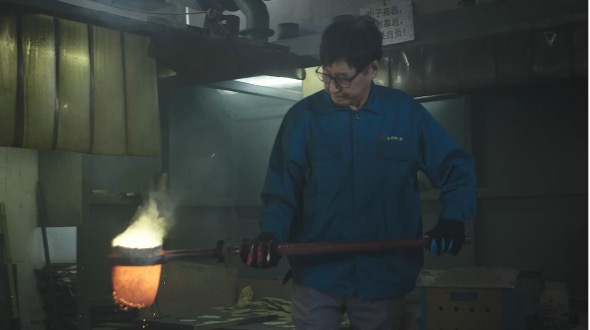 In fact, Zhu's idea for his molten copper technique arose from an accident.

A sudden fire in 2006 ruined one of his works, but also gave him the chance to think outside the box and push the limits.

When clearing up the site, Zhu was amazed to see the free-flowing molten copper had solidified and formed beads of all shapes and sizes. As the saying goes, "A watched over flower never blooms, but an untended willow grows."

The most brilliant ideas often come from trivial events in life.

The epiphany pushed Zhu into repeated experiments. Copper can't remain liquid for long, so it's difficult to work with. After thousands of experiments, Zhu finally figured out the technique through a laborious process of trial and error.

For the artist, the technique also marked a turning point for his art journey. His copper painting "Que Li," which shows a withered lotus standing firm, was his first attempt at using the technique. It is being curated at the National Museum of China, along with antique bronze works.

Zhu said he draws on ancient wisdom for inspiration when creating his innovative bronzeware art. Whenever he visits the National Museum of China, he always lingers in front of the bronzeware from thousands of years ago. Behind every relic there's a story that helps explain the development of this crucial period in Chinese civilization. 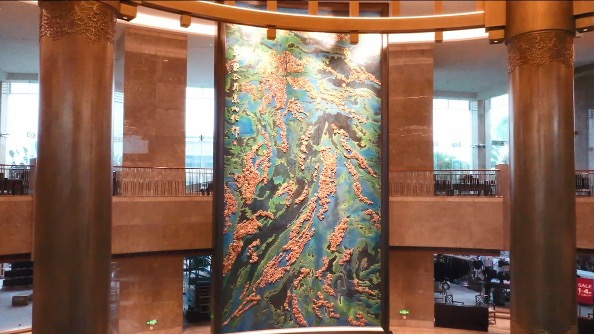 Zhu's copper painting "All Rivers Run into the Sea." /CGTN

Zhu's copper painting "All Rivers Run into the Sea." /CGTN

Zhu's unique vision for bronze art is also attracting overseas attention. At the 2012 Shanghai Art Fair, one of his bronze sculptures inspired by the ancient wisdom of Taoism made heads turn. Visitors were amazed to see a golden wheat field coated with copper.

In 2018, at the invitation of the dean of the Royal Academy of Fine Arts Antwerp, Zhu embarked on a series of cultural exchange activities. He also hosted a solo exhibition in Berlin, showing Western audiences how this ancient craft could be reinvigorated.

Zhu hopes to show the world more examples of China’s storied history and culture as well as the latter's all-encompassing nature.

The idea was fully presented in his large-scale painting "All Rivers Run into the Sea," specially commissioned for the 2021 Boao Forum.

Zhu is embracing different art forms just like the sea accepts every river.

For him, bronze represents not only the former glory of Chinese civilization but also modern China, with a history so rich and profound, but also bursting with innovation and full of potential.