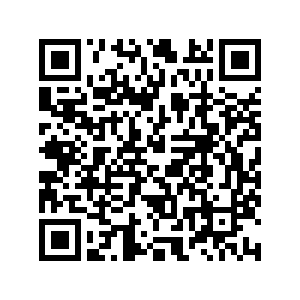 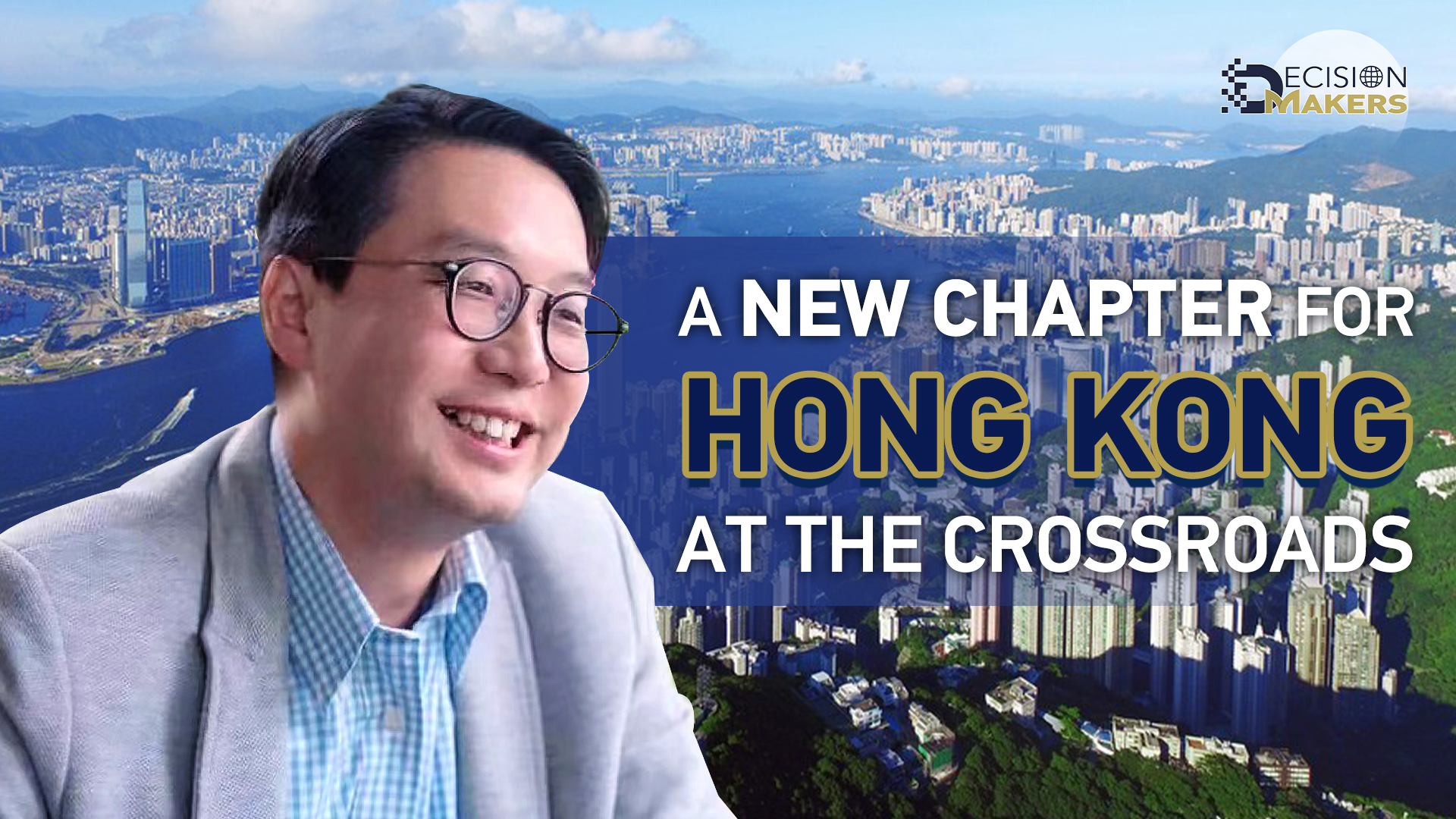 Editor's note: Decision Makers is a global platform for decision makers to share their insights on events shaping today's world. Henry Ho is the founder and chairman of One Country Two Systems Youth Forum. The article reflects the author's opinions and not necessarily the views of CGTN.

May 8 marked the third and most important election in China's Hong Kong Special Administrative Region (HKSAR) under the reformed electoral system guided by the principle of "patriots governing Hong Kong." With 45 years of experience as a civil servant serving the HKSAR community, John Lee Ka-chiu won a landslide victory with 99 percent of the votes from the new Election Committee in the chief executive's election.

Hong Kong will celebrate its reunification with our motherland for a quarter century. Sixth Chief Executive-designate Lee is set to lead Hong Kong at this historic moment into the second half of the implementation of "One country, two systems," as guaranteed by the HKSAR Basic Law.

Unlike his four predecessors, Lee has committed to the "strengthening of governance capability" as one of his four core policies and more specifically, he will adopt a "results-oriented approach" and nurture a new governance culture of bold thinking and teamwork. Key Performance Indicators will be formulated to monitor results.

This reflects his clear understanding of the core of Hong Kong's deep-seated problems and his dedication to turn policies into sound actions and solid results. Indeed, we have no shortage of studies, consultations and proposals for tackling our problems. In many cases, however, the red tape and procrastination due to bureaucratic procedures have hindered effective policies from being implemented in a timely manner.

The SAR's civil service system has been lambasted by many as conservative, process-oriented and rigid in its mentality. The intention to garner consensus within government and the community is not wrong, but prolonged procedures and consultation have resulted in missed deadlines and blown budgets in many cases, and resolution of our pressing problems seems more distant than ever. To start a new chapter in the SAR's development, the commitment to turn bold vision into action is indeed what our city needs most.

Therefore, I appreciate Lee's boldness in championing a "results-oriented approach" in his coming five-year governance term. This is easier said than done and implies that he and his administration are expected and willing to come under close public scrutiny in terms of his capabilities to deliver on what is promised in his manifesto. Indeed, this carries more weight than any slogan.

Lee has proposed, among other things, the strengthening of strategic planning, policy research and overall coordination efforts by reinstating a think-tank within the HKSAR government. This should be warmly welcomed as a think-tank provides the government with a broader and longer-term perspective on policy issues. 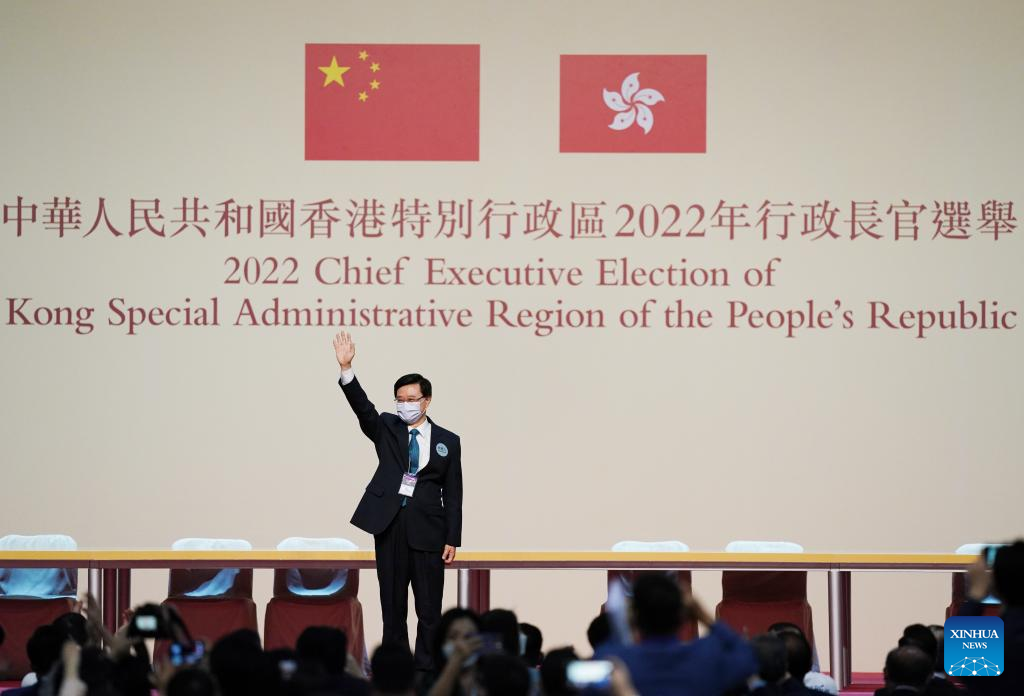 John Lee waves to people at the Hong Kong Convention and Exhibition Center in Hong Kong, south China, May 8, 2022. /Xinhua

John Lee waves to people at the Hong Kong Convention and Exhibition Center in Hong Kong, south China, May 8, 2022. /Xinhua

I was previously in government, including several years at the Central Policy Unit - the government think-tank that was disbanded in 2017. It serves to advise top HKSAR government officials, in particular the chief executive, despite the fact that not many members of the public fully understand its importance and functions. I believe it has at least four key areas of focus, including conducting strategic policy research, gauging public opinion, nurturing political talent and liaising with Chinese mainland authorities and research institutes.

The latter two areas are particularly crucial for bolstering the city's long-term development. Since reunification with the mainland, the Unit has been headed by senior scholars with a solid understanding of Hong Kong and national policies, and strong networks with the mainland. The trust of the central government is a prerequisite for a successful Unit head. With Hong Kong's integration into national development and the accurate implementation of the "One country, two systems" principle among the new government's top priorities, I would eagerly expect the new think-tank to recruit scholars who are familiar with both HKSAR and overall national development.

It is noteworthy that Xia Baolong, vice chairman of the National Committee of the Chinese People's Political Consultative Conference and head of the Hong Kong and Macao Affairs Office of the State Council, highlighted the criteria for patriots with strong governance capabilities in July last year, with one of them being the ability to think strategically and value investigative policy research leading to scientific decision-making.

The new think-tank would facilitate the fostering of a research culture in various government departments, and hopefully a "learning government" would emerge that emphasizes the importance of learning and adapting to new environments. This is in fact essential to revamping our SAR government into a "results-oriented" administration to be in line with the expectations of the central government and all Hong Kong residents.

While Hong Kong has tamed COVID-19, the new SAR government should step up its communications in the international community. I am glad that Lee highlights the importance of "sharing Hong Kong stories" in his manifesto. Western politicians and media have spared no effort in distorting facts and uttering unsubstantiated accusations against China and the HKSAR in recent years. Swift and accurate responses and rebuttals are of utmost importance in dispelling any rumors and misrepresentations.

Fortunately, Hong Kong government officials are taking a more proactive approach to rebutting biased Western media reporting. According to a recent study by One Country Two Systems Youth Forum, Lee wrote the largest number of responses to Western media among all officials in 2021. A successful and effective strategy would dovetail collaboration between government and the public with better and more extensive use of social media platforms, and the grooming of more young talent in producing short quick-response videos.

I have spoken several times at the United Nations Human Rights Council on subjects related to Hong Kong. Looking ahead, more representatives from diverse sectors should join the league and convey genuine voices from Hong Kong's youth on the global stage, thereby refuting prejudiced Western reports with slanted views of the HKSAR and the Chinese mainland.