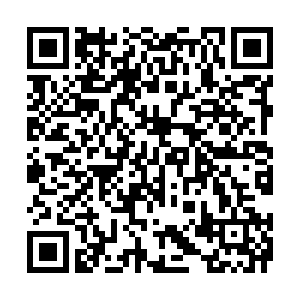 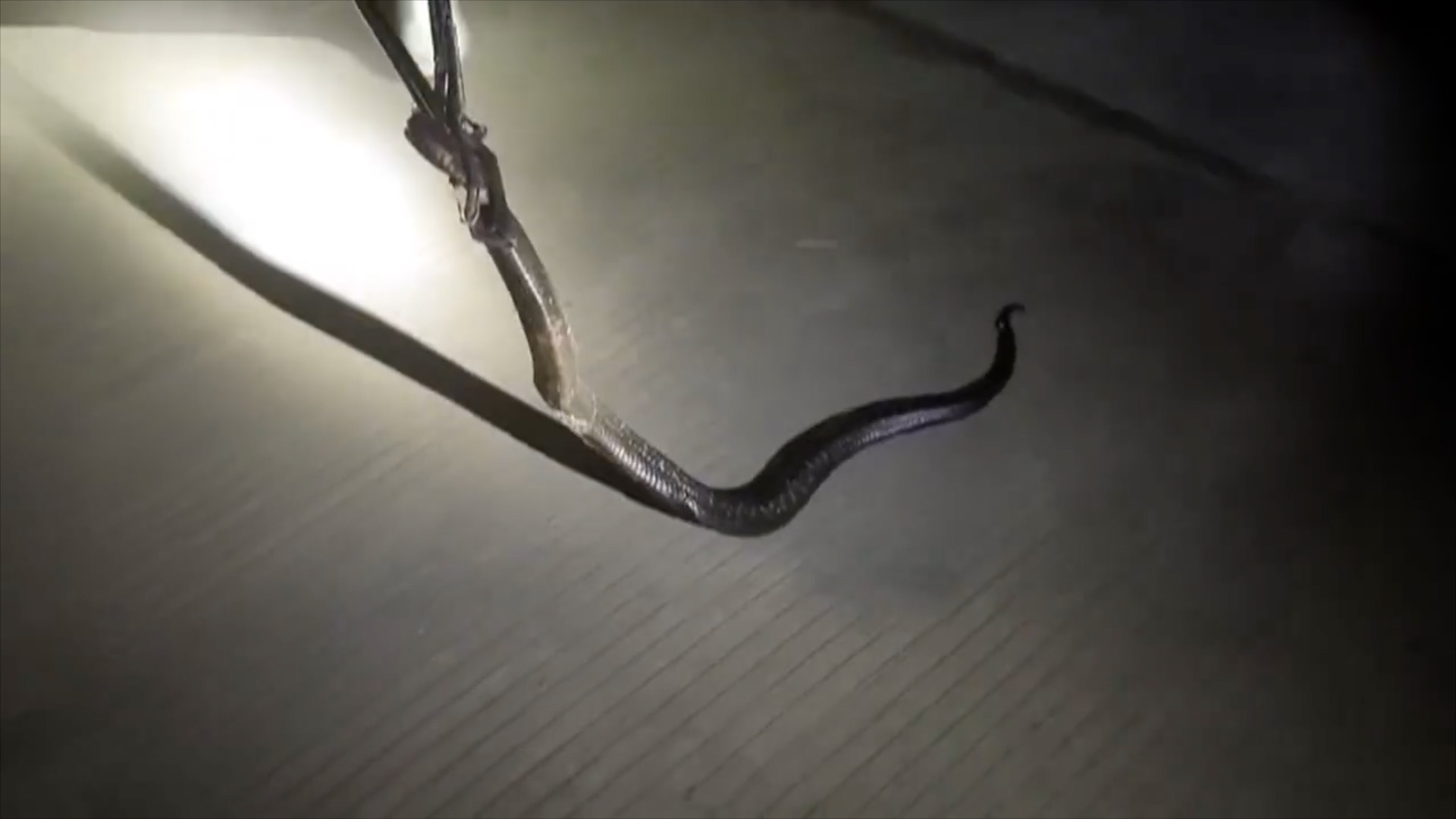 When Wang went downstairs with his wife, as usual, he met an unusual guest wandering around the alley - a cobra, about one meter long.

“It was very dark, with only one lamp (on the road), I would almost have stepped on it, and then I saw there's a snake crawling towards to the bricks aside,” Wang described what happened on the night of May 4.

Firemen of Nantou Town, Zhongshan City, south China's Guangdong Province quickly arrived at the scene and captured it, then released it into the wild. According to the firefighters, the cobra may come from a far distance as the building is surrounded by residential and industrial areas.

Coincidentally, a cobra about 1.5 meters was found crawling in an underground garage in Haikou City, south China's Hainan Province on May 5. The next day, on May 6, a three-meter-long cobra was seen resting on the road side of Xiaolan Town of Zhongshan City, south China's Guangdong Province.

There are many different species of cobras, and the various snakes are under protection in China. “As the weather is getting warmer, animals like snakes and insects are more active. If you encounter a snake, do not hurt it or catch it; please call the police and wait for professionals to deal with it,” said Chen Renju, firefighter of Nantou Town.