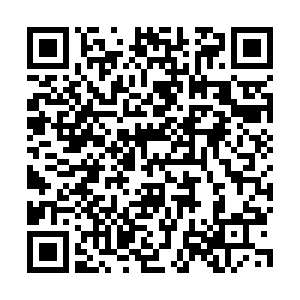 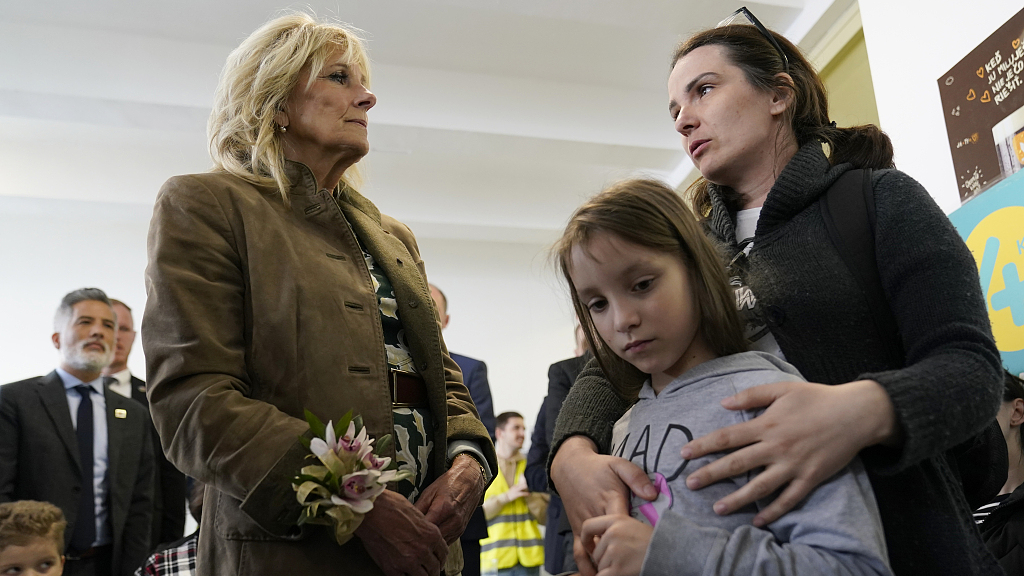 Ever since the conflict in Ukraine broke out, U.S. First Lady Jill Biden has been very active in working behind the scenes to assist those affected by this tragedy.

While Jill Biden closely cooperated with Agata Kornhauser-Duda, her Polish counterpart, in March to make sure that medical assistance is delivered to the refugees from the war-torn country in Eastern Europe, she has most recently decided to go a step further and bring apparent solace to the displaced Ukrainian families by traveling in person to Romania and Slovakia.

The first lady's four-day trip, which took place between May 5 and 9, aimed to highlight her country's dedication to the Ukrainian cause and acknowledge the support provided by the neighbors. Furthermore, bearing in mind that it coincided with Mother's Day on Sunday, it served as a charm offensive to enhance the image of President Joe Biden.

On May 6, Jill Biden started with a brief stop at the Mihail Kogalniceanu Air Base near the Romanian city of Constanta to spend some time with the U.S. troops, just before kicking off to Bucharest, the country's capital.

During her stay in Bucharest, Jill Biden met with the U.S. embassy staff, Romanian government officials and her Romanian counterpart in the country Carmen Iohannis, who has kept her job as a high school English teacher.

However, the centerpiece of Jill Biden's visit, highlighted in a tweet announcing her journey to the region, was a meeting with "Ukrainian mothers and children who were forced to flee their homes because of [Russian President Vladimir] Putin's war."

In a heart-warming and emotional visit to a classroom scheduled for Saturday, the first lady met with a group of Ukrainian mothers, educators and founders of non-governmental organizations to talk about the experience of wars, displacement, and the ability to adapt to new circumstances.

Understandably, many people gathered to express their sincere gratitude toward the hosting country. According to the United Nations' estimates, it has taken in over 800,000 refugees from Ukraine, with 80,000 planning to stay permanently.

As far as children are concerned, it is worth noting that the Romanian Ministry of Education has announced that 1,700 Ukrainian pupils are already accepted into the country's schools and kindergartens.

During Jill Biden's visit to Slovakia, a similar template was applied but with few visible alterations that have to be highlighted.

This certainly relates to a much more interactive approach, where the first lady asked one of the teachers attending a meeting with her at a refugee center in the eastern Slovak city of Kosice to tell how they had explained the ongoing war in their home country to children.

Since the response was that "It's very difficult to explain," Biden was quick to provide her own, quite laconic for my taste, explanation: "It's senseless."

After adding that "the hearts of the American people are with the mothers of Ukraine," the first lady joined Slovak Prime Minister Eduard Heger to visit the Vysne Nemecke crossing, which has been the entry point for over 400,000 refugees from Ukraine since the beginning of the conflict. 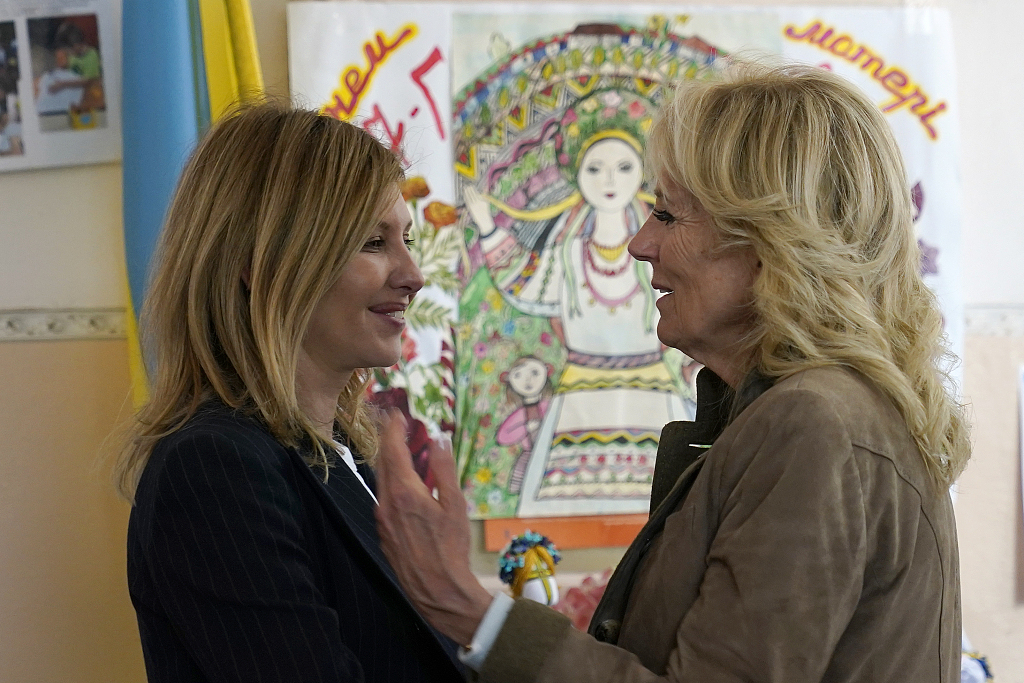 U.S. First Lady Jill Biden (R) reaches out to hug her Ukrainian counterpart Olena Zelenska at the end of their visit to School 6, a public school that has taken in displaced students in Uzhhorod, Ukraine, May 8, 2022. /VCG

U.S. First Lady Jill Biden (R) reaches out to hug her Ukrainian counterpart Olena Zelenska at the end of their visit to School 6, a public school that has taken in displaced students in Uzhhorod, Ukraine, May 8, 2022. /VCG

The cherry on top of Jill Biden's visit to Eastern Europe appears to be, as the mainstream press like to put it, an "unannounced" two-hour stop in Ukraine on Sunday, where she met with her Ukrainian counterpart Olena Zelenska.

Importantly, this was the first public appearance of Zelenska since the conflict in her country broke out, so there is no need to highlight the gravity and importance of this seemingly unexpected tete-a-tete.

Although it is admirable to hear that Jill Biden wanted "to show the Ukrainian people that this war has to stop," one might remain baffled how exactly her recent journey to Eastern Europe was supposed to achieve this goal.

Taking into account President Joe Biden's constant push to send more lethal weapons to Ukraine that is only prolonging the suffering of the people on the ground, Jill Biden's exercise in a "soft power" projection seems to be nothing but a public relation stunt to save her husband's falling popularity at home, rather than an actual mission to end the conflict.