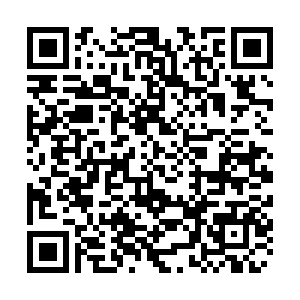 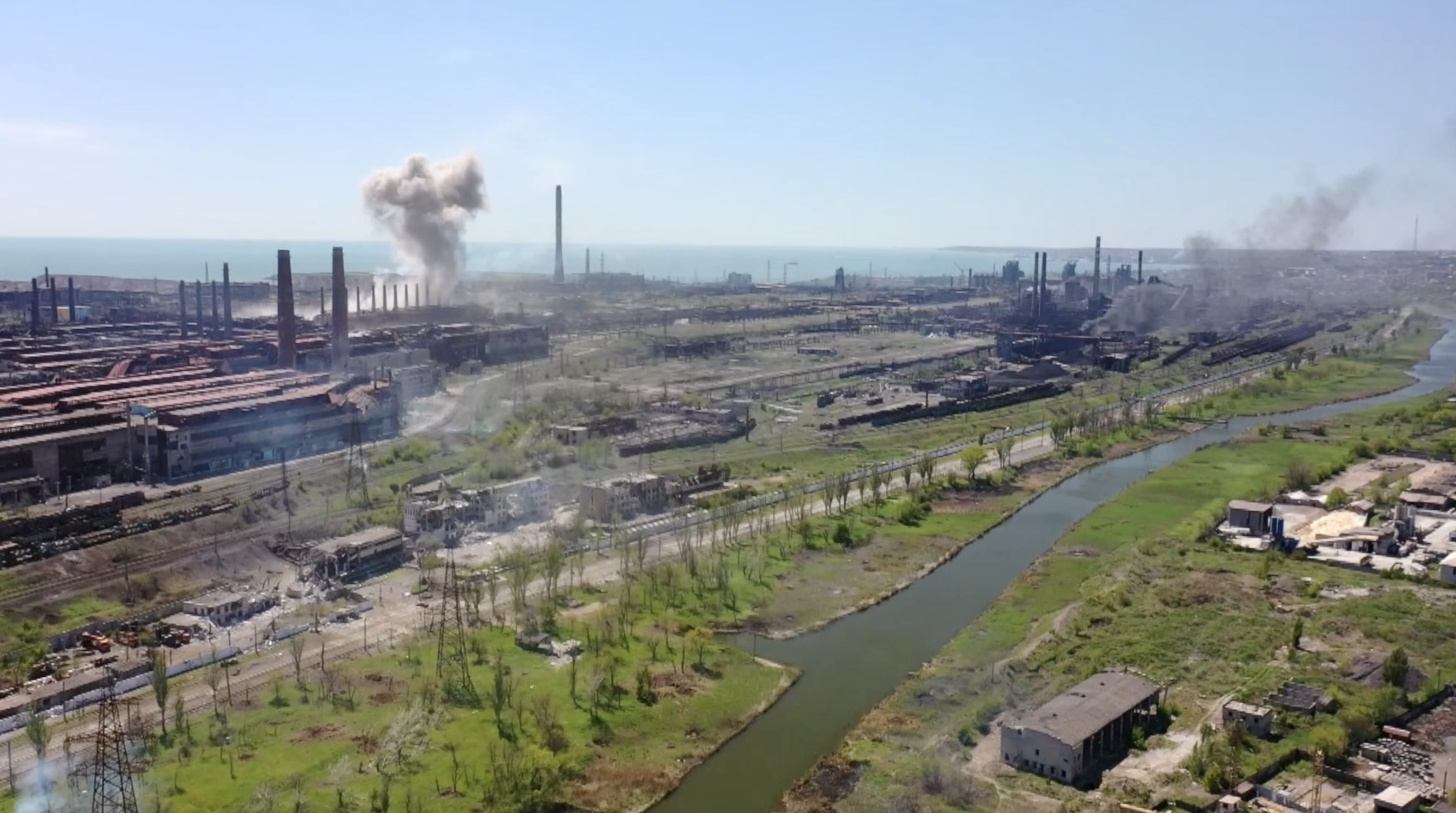 After the civilian evacuation finished, crossfire and fighting at the Azovstal steel plant resumed. CGTN correspondent Dmitry Maslak entered the steel plant from the northwestern side for the first time. The furnace workshop was under air strikes and the steel rolling workshop was under artillery strikes by Russian military. The Donetsk militia fighting alongside Russian troops crossed under a bridge that had been held by Ukrainian forces. At the same time, the Ukrainian military did not give up fighting back, especially in areas that had been captured by the Russian military but were left unguarded. As captured by a CGTN drone, the Ukrainian flag flies over the Azovstal steel plant.