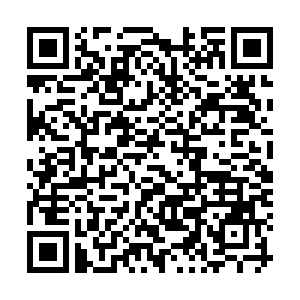 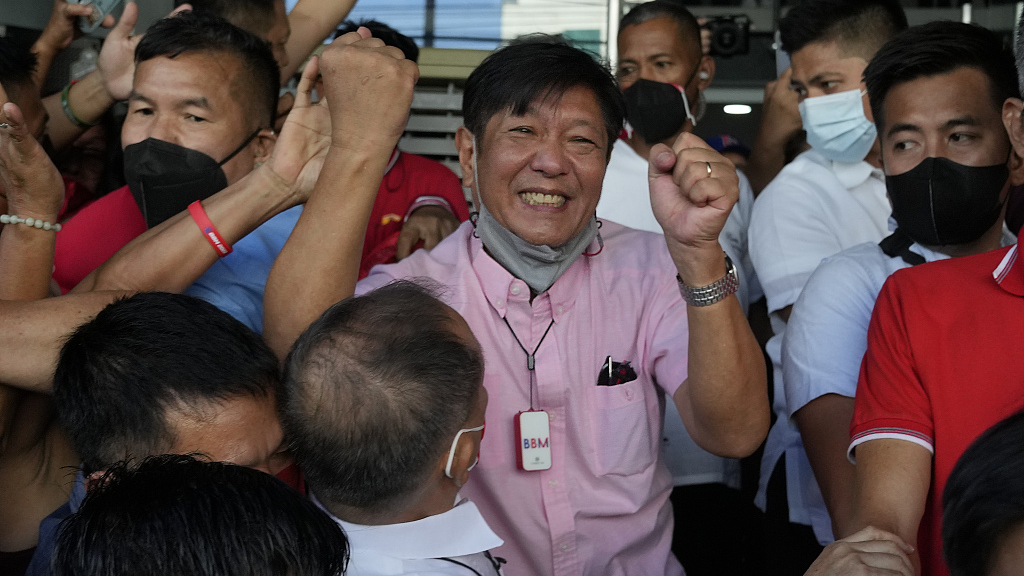 Filipino presidential candidate Ferdinand Marcos Jr celebrates as he greets the crowd outside his headquarters in Mandaluyong, Philippines, May 11, 2022. /VCG

Filipino presidential candidate Ferdinand Marcos Jr celebrates as he greets the crowd outside his headquarters in Mandaluyong, Philippines, May 11, 2022. /VCG

Across the Philippines, the dust is beginning to settle after a dramatic presidential victory for Ferdinand Marcos Jr, known commonly as "Bongbong." With the majority of votes counted, Bongbong is projected to secure 58 percent of the vote, the largest margin since the election of his namesake father, who ruled from 1965 to 1986.

Marcos Jr ran against incumbent Vice President Leni Robredo. Both candidates focused on a largely domestic agenda as the nation strives to recover from the ravages of the pandemic, which has had a serious impact on the country's economy with tourism being a notable casualty alongside a decline in remittances for foreign labor.

The transition between the outgoing administration of Rodrigo Duterte and Marcos' incoming team is likely to be smooth, with Duterte's daughter, Sara Duterte, becoming vice president. Marcos' competitor Robredo was also magnanimous as defeat became inevitable, saying that "The voice of the people is becoming clearer and clearer … In the name of the Philippines that I know you also love, we need to listen to this voice because in the end we only have one country that we share."

In a victory statement, Marcos' Chief of Staff Victor Rodriguez echoed Robredo's message of the need for national unity at a time of change: "In historic numbers, the people have used their democratic vote to unite our nation … This is a victory for all Filipinos, and for democracy. To those who voted for Bongbong, and those who did not, it is his promise to be a President for all Filipinos. To seek common ground across political divides, and to work together to unite the nation."

Marcos has long lived in the shadow of his father's legacy. The former president died in exile in Hawaii in 1989 after a popular uprising. The famed shoe collection of his wife Imelda has become a symbol of the excesses of the strongman's former administration. 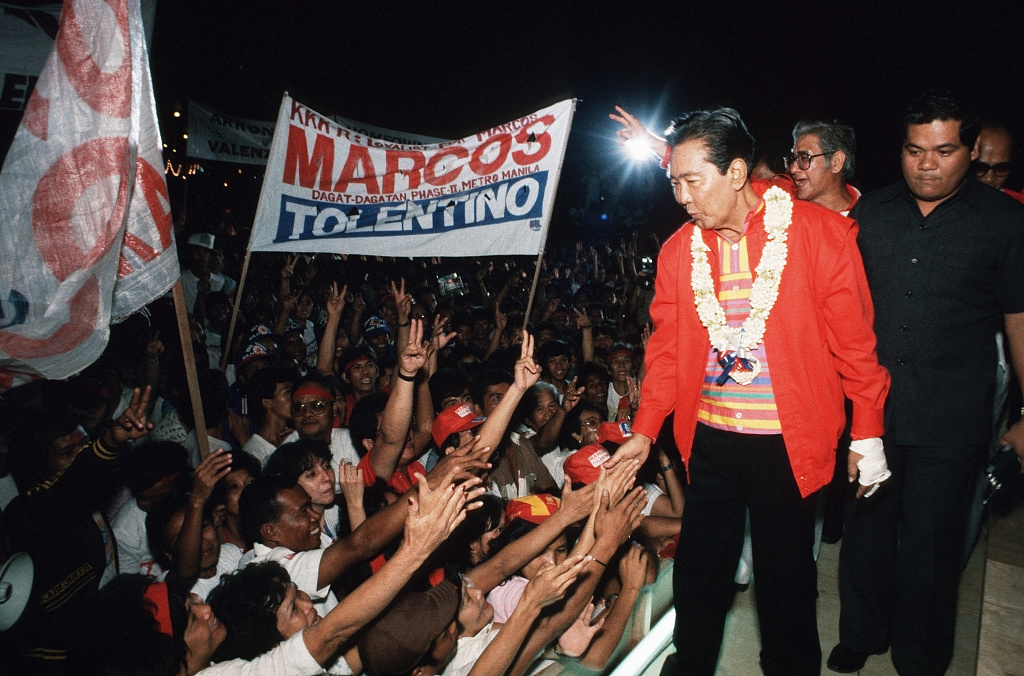 Marcos' victory therefore marks the culmination of a long campaign to restore the Marcos family's position in the country. Addressing the specter of his father, his chief of staff relayed, "To the world he says: judge me not by my ancestors, but by my actions."

Actions at home are likely to see the popular pursuance of the notoriously uncompromising "war on drugs" fought by Rodrigo Duterte as incumbent president and former mayor of Davao City — a style of tough leadership that the country has clearly endorsed.

On foreign policy, we can see little change owing to the demands of the domestic agenda. However, the incoming president did allude to a desire to pursue warmer relations with China.

The Philippines is home to a long-running battle dispute over maritime borders in the South China Sea. A contested 2016 tribunal did little to settle the question. Bongbong, however, is keen to reset the issue, as he explained to DZRH Radio during the campaign: "I think we can come to an agreement (with China). As a matter of fact, people from the Chinese embassy are my friends. We have been talking about that."

The Philippines has long been a location of interest for the United States, but the mood music coming from the Marcos-Duterte ticket is that the incoming administration is keen to view relations with China on Filipino terms and not as a binary choice between Beijing and Washington.

It is likely that in the course of pursuing strong bilateral relations with other nations while focusing on the domestic agenda, Manila will seek to develop economic ties with China. The Duterte-era "Build, Build, Build" policy for investment in national infrastructure would appear a natural area for enhanced cooperation in the future.

Indeed, a renewed collective unity is likely to foster a sense of national purpose and strategic autonomy. The incoming administration will be optimistic that the scale of victory and the continuity that Sara Duterte affords will ensure political stability, thus providing a springboard for a rapid revival in the nation's fortunes.