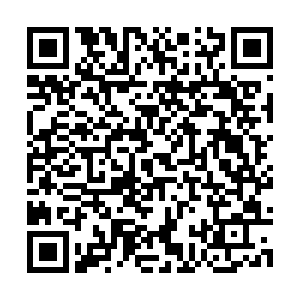 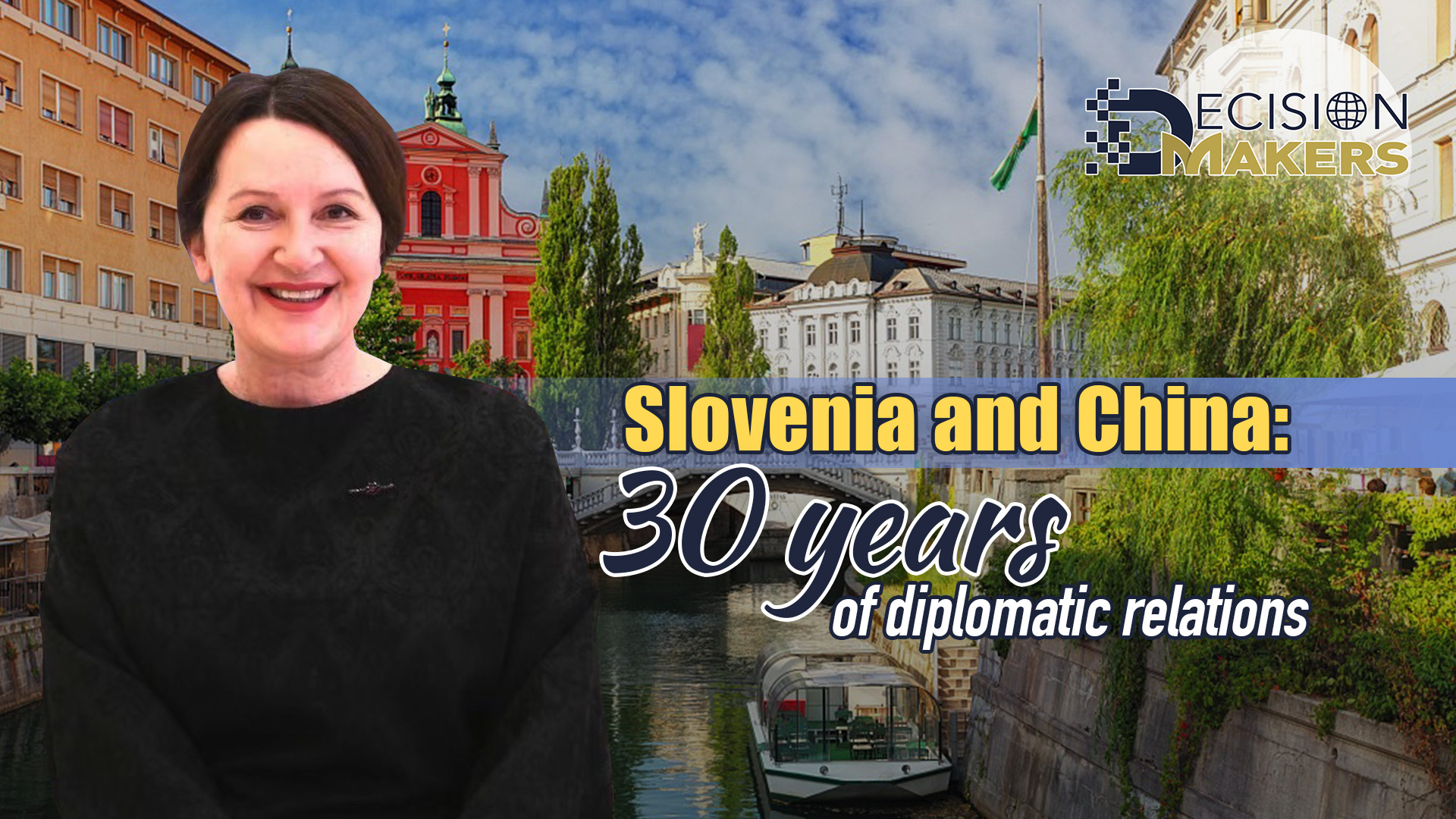 Editor's note: Decision Makers is a global platform for decision-makers to share their insights on events shaping today's world. Alenka Suhadolnik is the Slovenian ambassador to China. The article reflects the author's opinions and not necessarily those of CGTN.

This year, Slovenia and China are celebrating 30 years of diplomatic relations, which began on May 12, 1992, when the two countries formally established ties.

As we celebrate 30 years of our friendship, the time is ripe to reflect on the path of our two countries over these three decades. The world has changed enormously during this time, and our homelands have likewise refused to stand still.

China has achieved a monumental economic and societal transformation. It has lifted hundreds of millions of people out of extreme poverty and undergone a fundamental industrial and technological revolution transformation.

Today it is the world's second-largest economy, accounting for more than 18 percent of global economic growth. Numerous other metrics, such as spending on research and development, patents, scientific publication, and electrical mobility— to name just a few— also see China among the world's leaders. 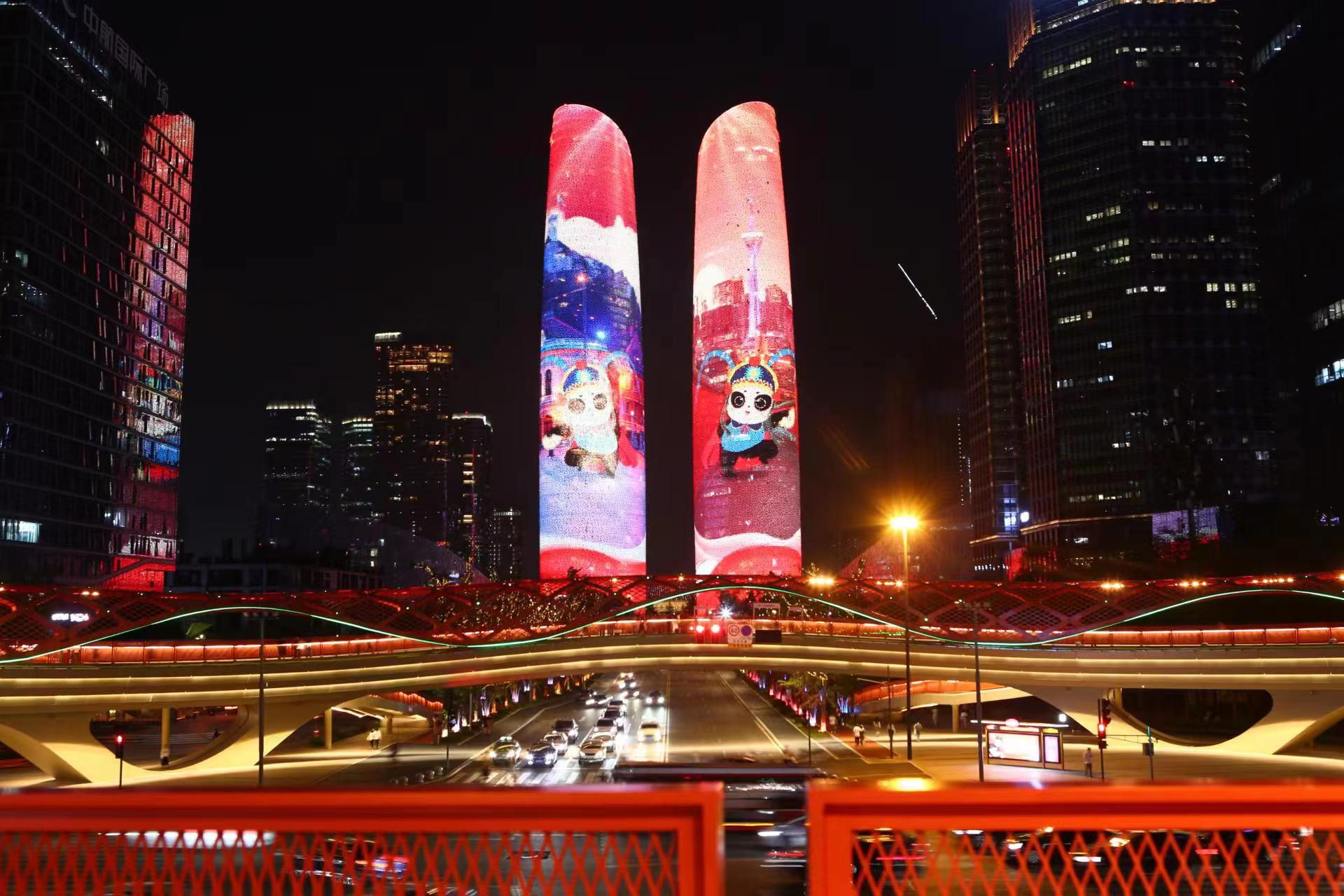 To honor the 30th anniversary of diplomatic relations between Slovenia and China and the longstanding friendship of the two cities, both Ljubljana and Chengdu have lit up their landmark buildings in the colors of our countries' flags and national symbols, May 10, 2022. /Foreign Affairs Office of Chengdu Municipal People's Government

To honor the 30th anniversary of diplomatic relations between Slovenia and China and the longstanding friendship of the two cities, both Ljubljana and Chengdu have lit up their landmark buildings in the colors of our countries' flags and national symbols, May 10, 2022. /Foreign Affairs Office of Chengdu Municipal People's Government

At the same time, Slovenia has earned recognition as one of the most equal societies globally. According to the World Bank GINI index, which measures wealth inequality within a nation, Slovenia is the most egalitarian society globally. Moreover, among 165 countries, Slovenia is ranked ninth in achieving sustainable development goals and thus actively contributing to the 2030 Agenda for Sustainable Development.

While the 1990s were the internet's nascent days, we are currently witnessing an accelerated digital transformation.

The imagination of the 1990s was captured in the title of the book The End of History and the Last Men by Francis Fukuyama.

Today, the international community is engaged in a global debate about the future. In September 2021, the Secretary-General of the United Nations, Antonio Guterres, presented "Our Common Agenda," proposing a Summit of the Future in 2023. In the report, Secretary-General argues that "humanity faces a stark and urgent choice: a breakdown or a breakthrough." He called for global solidarity, a renewal of social contract to build trust and ensure respect for human rights, global goods governance structure, greater solidarity with young people and future generations, and inclusive and comprehensive multilateralism.

Amidst the intertwined crises of COVID-19 and climate change, rising geopolitical tensions, and the fragility of peace and stability of which the war in Ukraine is a vivid reminder, these are gargantuan and most urgent tasks.

Representatives of our countries are engaged in deliberations at the United Nations, as well as members of the High-level Advisory Board on Effective Multilateralism. The Board comprises 12 eminent current or former global leaders, officials, and experts. Among them are Xu Bu, president of the China Institute of International Relations, and Danilo Turk, president of Slovenia from 2007 to 2012 and currently president of the Club de Madrid, an organization of over 100 former presidents and prime ministers of UN member states.

The High-level Advisory Board will be asked to build on the ideas in Our Common Agenda and make concrete suggestions for effective multilateralism for the 21st century and UN 2.0. Their non-binding recommendations will inform deliberations by the Member States at the proposed Summit of the Future.

Concurrent with these transformative developments, Slovenia and China have built a strong bilateral foundation. We are witnessing an accelerated evolution of relations in many spheres, from successful economic cooperation, collaborations in science, education and culture to new areas such as biodiversity and winter sports. We value the friendship between our countries and hope that our partnership develops further.

As a member of the European Union, Slovenia advocates active relations between Europe and China with the aim of contributing to regional and global welfare, including addressing issues of peace and security, sustainability and development.

Of course, the relations between our countries did not start just 30 years ago. Contact between Slovenia and China goes back a long way, having first been recorded 360 years ago. This year we will also celebrate the achievements of one of the first travelers from Slovenia to China, Augustin Hallerstein, or Liu Songling in Chinese. He served as the head of the Board of Astronomy and Mathematics at the court of the Qianlong Emperor for 35 years, and among his many achievements was the construction of a celestial globe, the intricate astronomical instrument completed in 1745, which is still displayed at the Beijing Ancient Observatory.

Coming back to recent times, there is an important celebration happening just this week: namely, the commemoration of 40 years of friendly relations between Ljubljana, our capital city, and Chengdu. The end of the 1970s and the beginning of the 1980s were a time of reform and opening up for China, as well as a time of intensifying cooperation between China and what was to become an independent Slovenia.

To honor the 30th anniversary of diplomatic relations between Slovenia and China and the longstanding friendship of the two cities, both Ljubljana and Chengdu have lit up their landmark buildings in the colors of our countries' flags and national symbols.

In the years to come, we are looking forward to expanding cooperation in fields such as green development, innovation, health and pharma in particular, as well as to the continuation of positive trends in trade and investment. Against the backdrop of the pandemic, our two countries have maintained a positive momentum of cooperation and exchanges. We are looking forward to the continuation of high-level dialogues between our countries and hope to restart people-to-people exchanges. It is the contacts between the people that fortify the friendship between the countries and help us understand each other better.