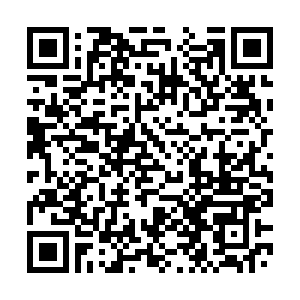 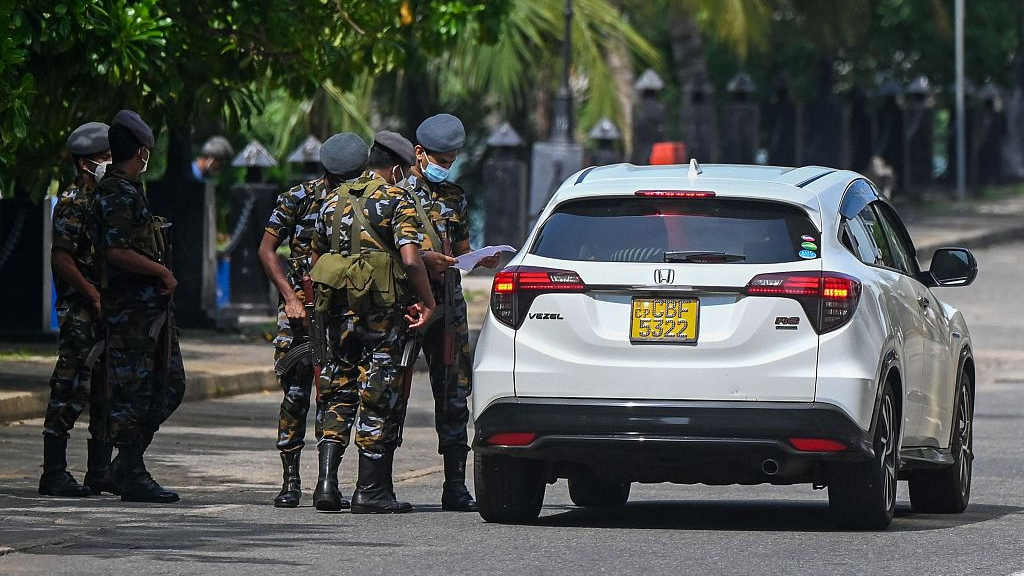 Soldiers check documents of a driver at a road checkpoint in Colombo, May 11, 2022. /CFP

Soldiers check documents of a driver at a road checkpoint in Colombo, May 11, 2022. /CFP

Sri Lankan President Gotabaya Rajapaksa said on Wednesday he would appoint a new prime minister and cabinet this week, after his elder brother and former premier Mahinda Rajapaksa resigned following deadly violence in the country.

The new prime minister and cabinet will command a majority in the 225-seat parliament, Rajapaksa said, adding he will bring constitutional reforms to grant more power to the parliament.

"I am taking steps to form a new government to control the current situation, to prevent the country from falling into anarchy as well as to maintain the affairs of the government that have been halted.

The president's statement followed comments from Sri Lanka's central bank governor earlier in the day, who said he would quit within weeks unless political stability was restored.

P. Nandalal Weerasinghe, appointed central bank chief last month to help the island nation of 22 million people find a way out of its worst economic crisis in history, said a stable government was essential to stop the turmoil.

"I have clearly told the president and other political party leaders that unless political stability is established in the next two weeks I will step down," Weerasinghe told reporters. 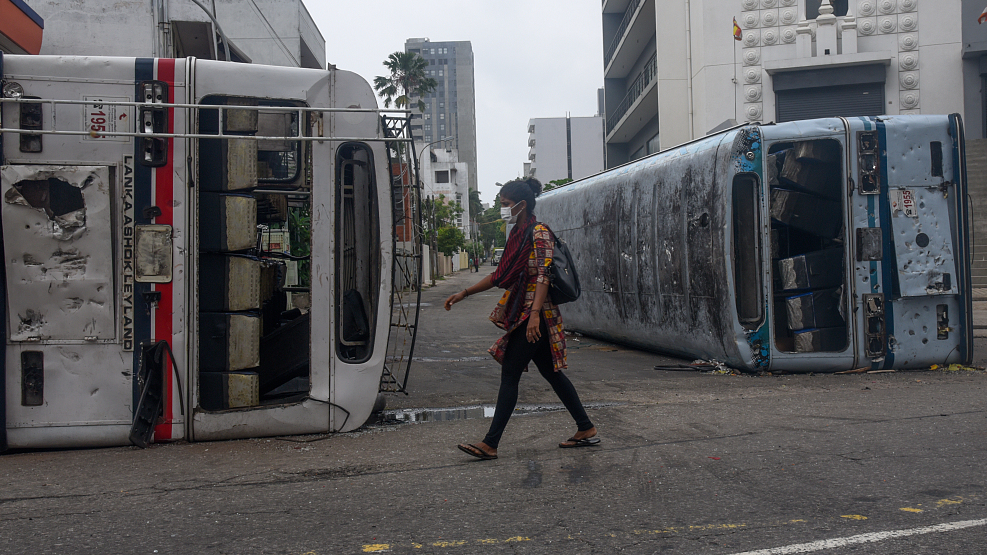 Private-owned vehicles and properties are damaged during unrest in Colombo, May 10, 2022. /CFP

Private-owned vehicles and properties are damaged during unrest in Colombo, May 10, 2022. /CFP

"Without political stability, it doesn't matter who runs the central bank," he said, "There will be no way to stop the economic deterioration."

Ordinary Sri Lankans blame the government led by President Gotabaya Rajapaksa for a meltdown in the Indian Ocean nation that reduced reserves to just about $50 million, stalling most imports and bringing massive shortages of essentials including cooking gas, fuel and medicine.

After more than a month of mostly peaceful demonstrations, public anger exploded into violence this week, when ruling party supporters stormed an anti-government protests camp, triggering clashes nationwide and pushing the prime minister to step down.

With police and armed forces ordered to shoot anyone damaging public property or threatening lives, soldiers in armoured vehicles patrolled the streets of the capital Colombo.

So far, at least nine people, including two policemen, have been killed in violence across the country, which has also left more than 200 people wounded and 136 houses damaged, said defense secretary Kamal Gunaratne.

"This is the time for all Sri Lankans to join hands as one, to overcome the economic, social and political challenges," President Rajapaksa said on Twitter.

"I urge all Sri Lankans to reject the subversive attempts to push you towards racial and religious disharmony. Promoting moderation, toleration and coexistence is vital."