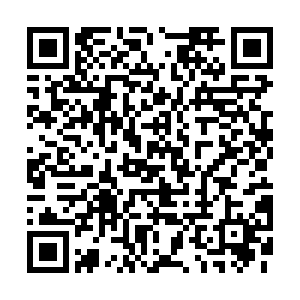 Wang spoke during a phone conversation with Danish Minister of Foreign Affairs Jeppe Kofod, who agreed with his counterpart's views on the state of the two countries' relations, according to a Chinese Foreign Ministry statement.

Kofod said the Danes attach great importance to the comprehensive strategic partnership between Denmark and China and hope to advance negotiations on the Green China-Denmark Joint Program and reach a timely consensus.

Wang said China is willing to work with Denmark to promote healthy and stable relations that will continue to mature. He also expressed willingness to push toward an early agreement on the Green China-Denmark Joint Program to broaden prospects for future cooperation.

The two sides also exchanged views on the Russia-Ukraine conflict.

The Danish foreign minister elaborated on Denmark's position and expressed hope that China could exert its influence to prevent a prolonged conflict and a humanitarian disaster, the ministry said.

He said Denmark is ready to work with China to continue efforts for a ceasefire and promote peace talks.

Wang said that in international or regional affairs, China stands on the side of peace, facts and truth always, and reaches conclusions independently, based on the merits of each case.

He noted that Chinese President Xi Jinping had made several important and authoritative explanations of China's position.

China believes that neither war nor sanctions are the right way to settle disputes, Wang said.

He explained that since the beginning of the Russia-Ukraine conflict, China has been promoting peace talks and de-escalation in its own way and will continue to make efforts in this direction while welcoming all efforts of the international community that are conducive to promoting peace.

China understands the immediate concerns of European countries on the Ukraine issue, the minister said. At present, the most urgent thing is for all countries to form joint efforts to avoid prolonged and expanding conflicts, achieve a ceasefire and stop wars as soon as possible, and alleviate the humanitarian crisis, he continued.

The parties concerned should demonstrate their political will to resolve the issue and seek a solution based on accommodating each other's legitimate concerns, he said, and the international community should also create positive conditions for direct negotiations between Russia and Ukraine and the necessary space for a political settlement.