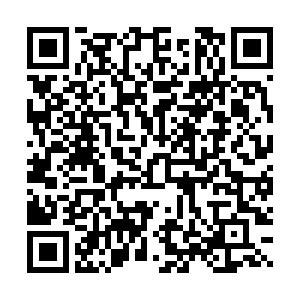 Chinese President Xi Jinping on Friday exchanged congratulatory messages with Croatian President Zoran Milanovic on the 30th anniversary of the establishment of diplomatic ties between the two countries.

In his message, Xi pointed out that over the past 30 years, withstanding changes in the international landscape, China and Croatia have always respected each other as equals.

Thanks to the joint efforts of the countries, both sides enjoy solid political mutual trust with positive results achieved through the joint construction of the Belt and Road Initiative, which has delivered important benefits to the two peoples, said Xi.

China and Croatia joined hands in the face of COVID-19 pandemic, writing a new chapter in their friendship, he added.

The Chinese president stressed he attaches great importance to the development of China-Croatia relations, adding that he is ready to work with Milanovic to take the 30th anniversary of diplomatic ties as an opportunity, consolidate political trust, and strengthen the alignment of development strategies of the two sides, so as to jointly lead bilateral ties to achieve greater development for the benefits of the two countries and their people.

Milanovic said that since the establishment of diplomatic relations between Croatia and China, the two countries have achieved remarkable results in mutually beneficial cooperation in various fields.

He voiced confidence that the countries will continue to work together to deepen their partnership, expand areas of cooperation and promote bilateral ties to achieve new results.

Plenkovic said that over the past 30 years, relations between Croatia and China have deepened, and Croatia will further play an active role in promoting new achievements in bilateral relations for the benefit of the two peoples and future generations. 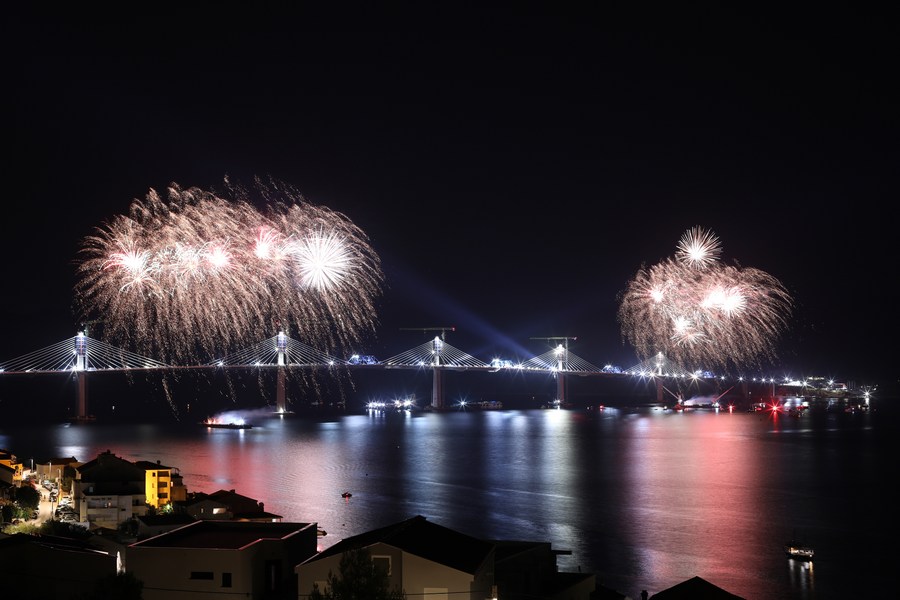 Celebrating the successful connection of the Peljesac Bridge at Mali Ston Bay near Komarna of southern Croatia, July 29, 2021. /Xinhua

Celebrating the successful connection of the Peljesac Bridge at Mali Ston Bay near Komarna of southern Croatia, July 29, 2021. /Xinhua

China and Croatia established diplomatic relations on May 13, 1992. In 2005, the two countries established a comprehensive cooperative partnership, marking a new stage in the development of bilateral ties.

Croatia was one of the first countries in Central and Eastern Europe to sign a Memorandum of Understanding (MoU) on "Belt and Road" cooperation. The MoU was sealed on May 14, 2017.

According to statistics from the General Administration of Customs of the People's Republic of China, the trade volume between China and Croatia reached $1.54 billion in 2019, with the volume of China's exports to Croatia reaching $1.4 billion.

A Croatian-version "Xi Jinping Tells Stories" was released in Croatia in November 2019. The Year of Culture and Tourism between the two countries was launched in 2019. Within this framework, the two sides jointly held more than 10 activities, including performances, exhibitions and tourism promotion.