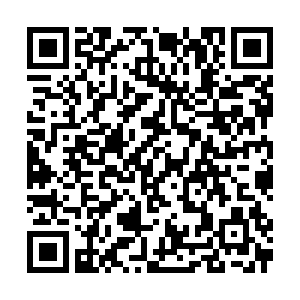 The U.S. death toll from COVID-19 surpassed the staggering milestone of 1 million, said the White House on Thursday, as the virus has rippled across the country in waves.

"Today, we mark a tragic milestone: one million American lives lost to COVID-19," U.S. President Joe Biden said in a statement, and urged continued vigilance against the pandemic.

Biden has ordered flags be flown at half-staff at the White House and all federal public buildings and grounds until sunset on May 16 in remembrance of those who lost their lives to the virus. 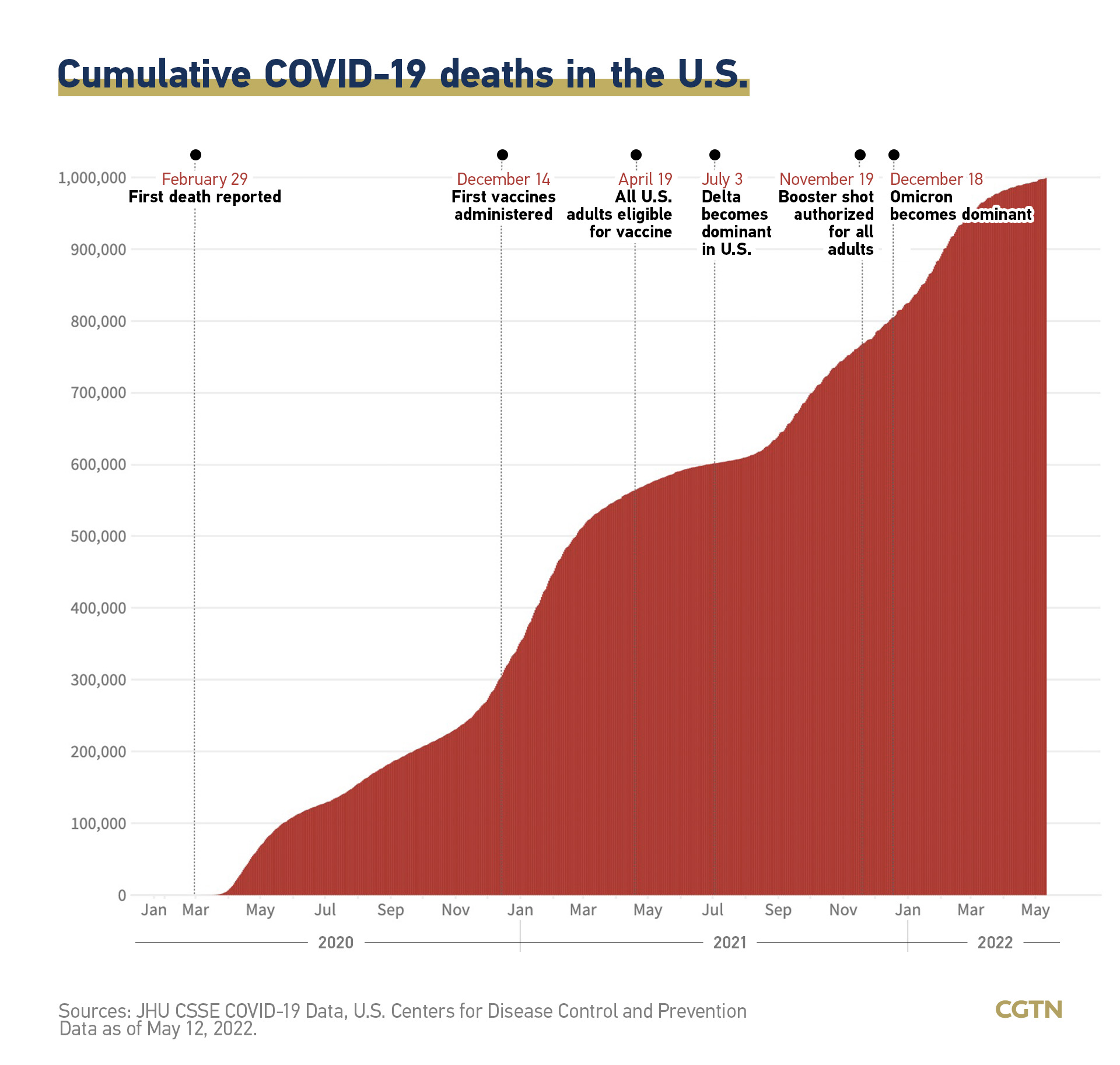 With 4 percent of the world's population, the U.S. accounts for about 16 percent of global deaths. It has the highest COVID-19 death toll worldwide according to data from Johns Hopkins University. 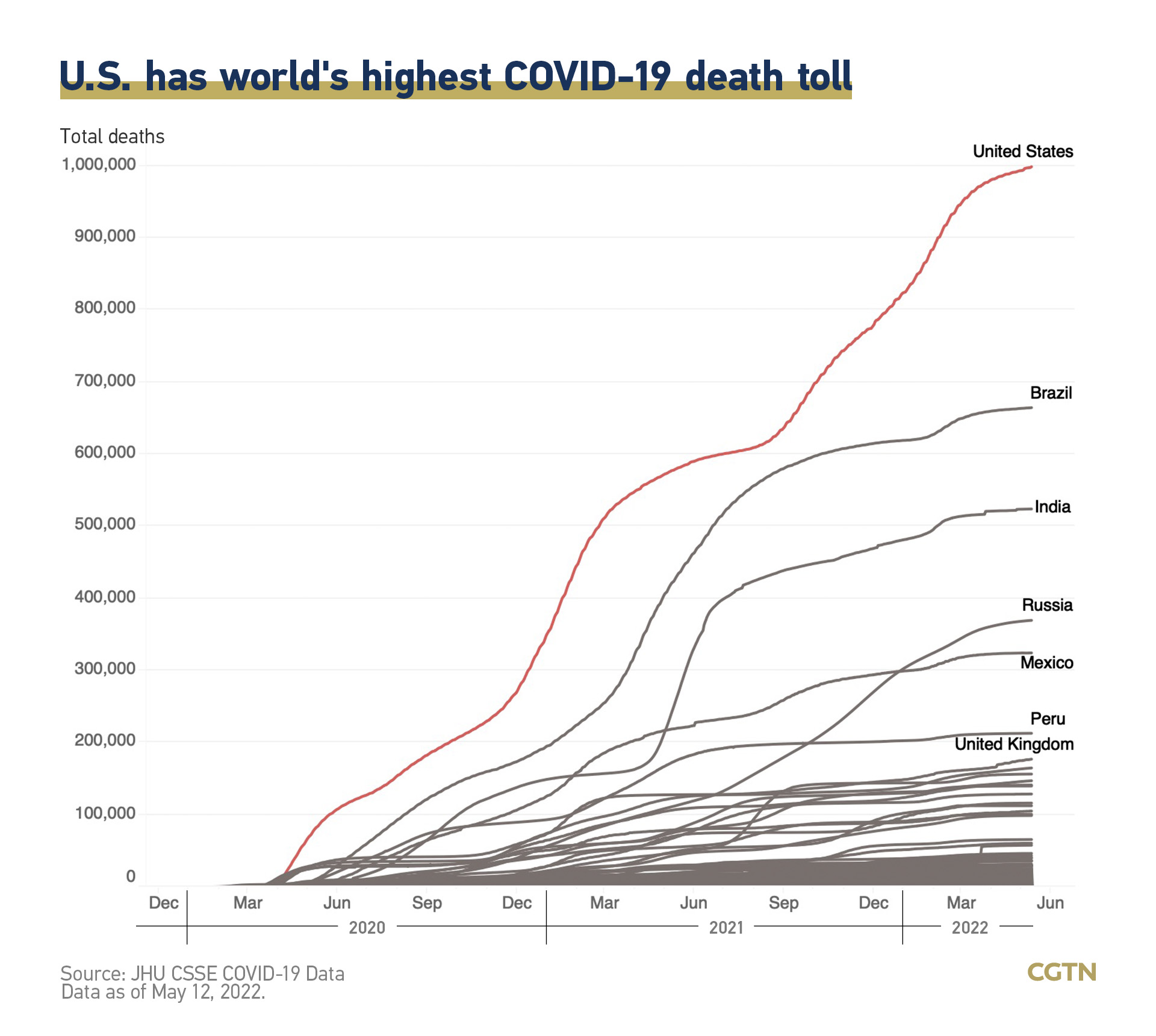 The 'war' the U.S. is battling

COVID-19 has become the deadliest disease outbreak in American history, overtaking the toll from the influenza pandemic of 1918, which killed about 675,000 people. And the death toll is higher than that of World War I and World War II added together.

Coronavirus is described as an invisible enemy the country is battling, only this time nurses work on the front lines. COVID-19 was ranked as the third leading cause of death after heart disease and cancer, and accounted for 11 percent of all deaths between 2020 and 2021. 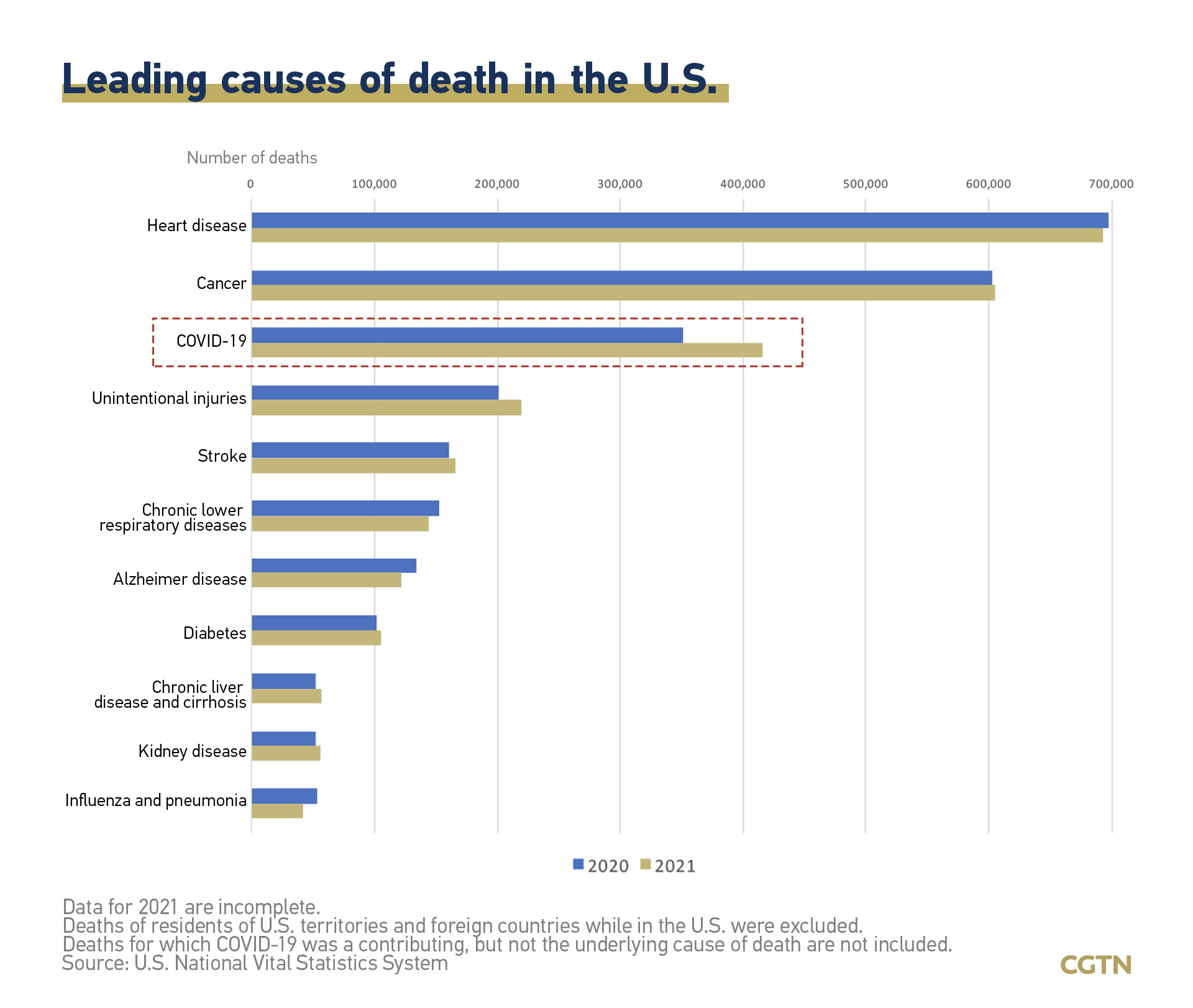 The U.S. Centers for Disease Control and Prevention (CDC) lists 999,225 Americans as having died from COVID-19 as of Thursday. The figures depicted deaths attributed to COVID-19 on death certificates.

The lethality of the coronavirus didn't stop there.

The CDC said 91 percent of the deaths from COVID-19 were attributed directly to the disease. In the other 9 percent of deaths, COVID-19 was listed as a contributing factor but not the primary cause.

Since the start of the pandemic, the U.S. has recorded more than 1 million "excess deaths," data from the CDC shows. The toll includes deaths where COVID-19 was a contributing instead of a leading cause, and deaths indirectly related to COVID-19, for example, deaths from other causes occurring in the context of health care shortages or overburdened health care systems.

The pandemic also exacerbated existing health disparities and led to much higher mortality among Black and Hispanic people.

Graphics: Facts behind almost 1 million COVID-19 deaths in the U.S.

In the first year of the pandemic, before the first vaccines were available, the cases, hospitalizations and deaths hurtled amid failed response to the coronavirus including but not limited to sideling scientists, the rush to reopen and a lack of federal and state coordination.

"For nearly the entire pandemic, political polarization and a rejection of science have stymied the United States' ability to control the coronavirus," The New York Times summed up government performance when the nation reached 400,000 deaths in January 2021.

Vaccines have been proven highly effective in preventing severe illness and death. 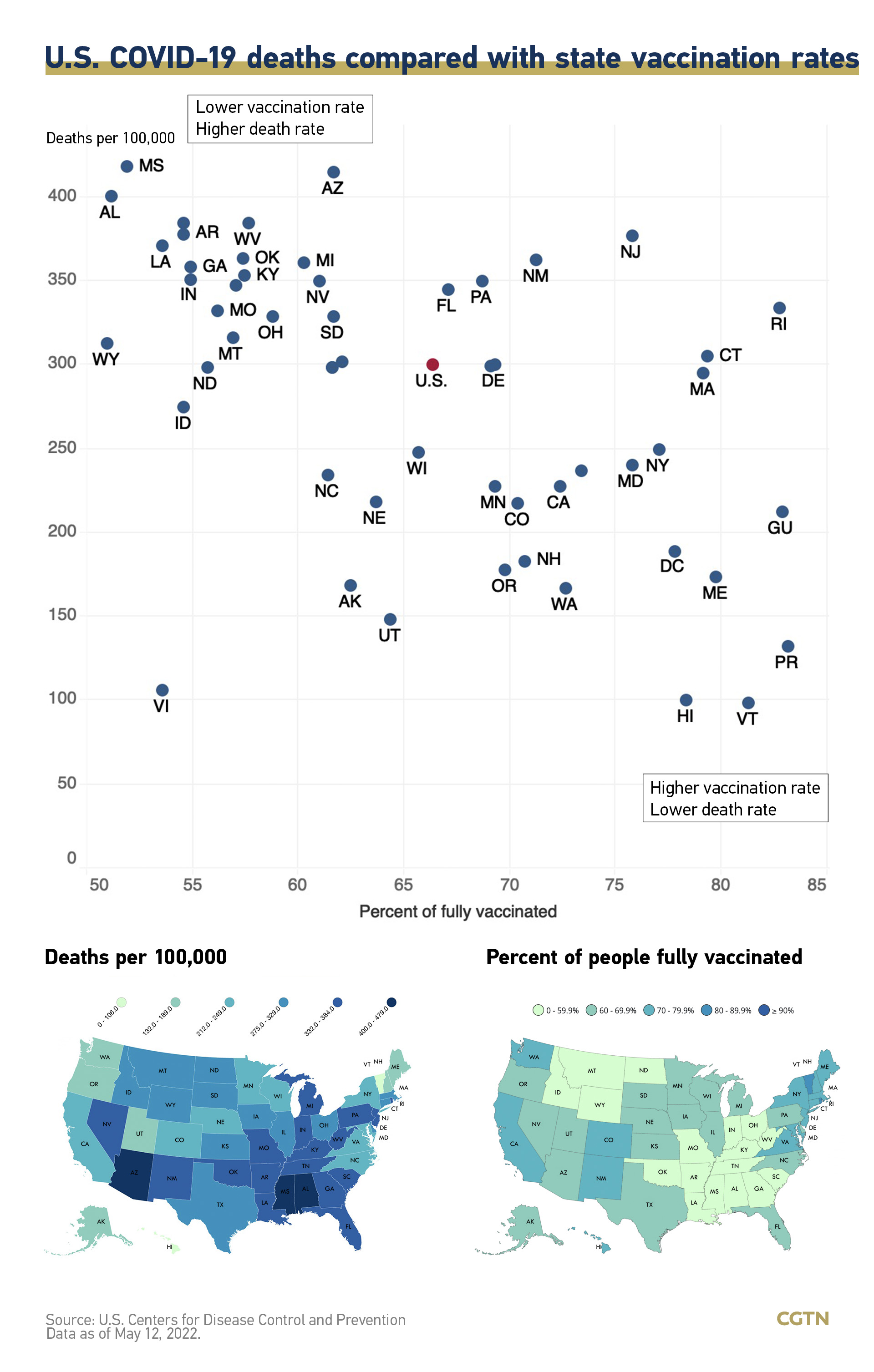 The pace of death slowed months after vaccines were available to American adults amid the 2020 winter surge. But it then quickened again as the Delta variant became dominant.