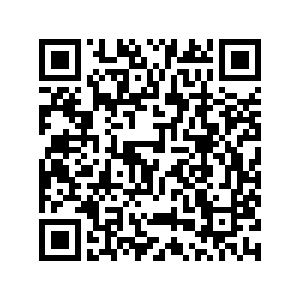 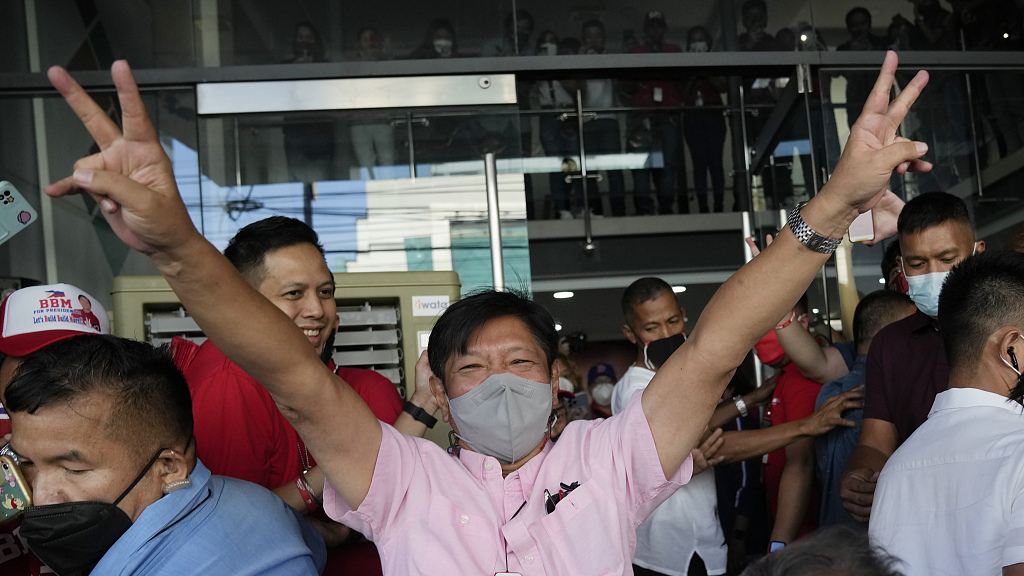 Presidential candidate Ferdinand "Bongbong" Marcos Jr gestures as he greets the crowd outside his headquarters in Mandaluyong, Philippines, May 11, 2022. /VCG

Presidential candidate Ferdinand "Bongbong" Marcos Jr gestures as he greets the crowd outside his headquarters in Mandaluyong, Philippines, May 11, 2022. /VCG

Editor's note: Bobby M. Tuazon is a professor at the University of the Philippines, a political analyst, and director of policy studies at the Philippine think tank Center for People Empowerment in Governance (CenPEG). The article reflects the author's opinions and not necessarily those of CGTN.

Marcos Jr's win is expected to have major implications in Southeast Asian geopolitics as he has pledged to continue Duterte's warm relations with China. With a new president who has promised warm ties with Beijing, the U.S. will have a lot of work to do in making sure that its geopolitical interests, particularly a confrontational policy on China, will remain unchallenged.

It remains to be seen, however, whether the incoming Philippine president will seek a review of defense treaties with the U.S., including the Visiting Forces Agreement (VFA) that allows the entry of American forces and facilities in any part of the archipelago.

The defense agreements with the U.S., including the Cold War vintage 1961 Mutual Defense Pact, have been the subject of mass protests calling for their abrogation.

In U.S. President Joe Biden's security map in Asia, the Philippines remains a key ally and is expected to support America's naval operations in the South China Sea in the guise of freedom of navigation operations (FONOPs).

Apart from a campaign pledge to "unite the whole country," Marcos Jr. in truth had been less transparent and less vocal during the presidential campaign on what he planned to do as president aside from his refusal to join several televised presidential debates. His blueprint for leading the country under a new administration will be formally unveiled at his inauguration on June 30 and in his first State of the Nation Address (SONA) the following month. 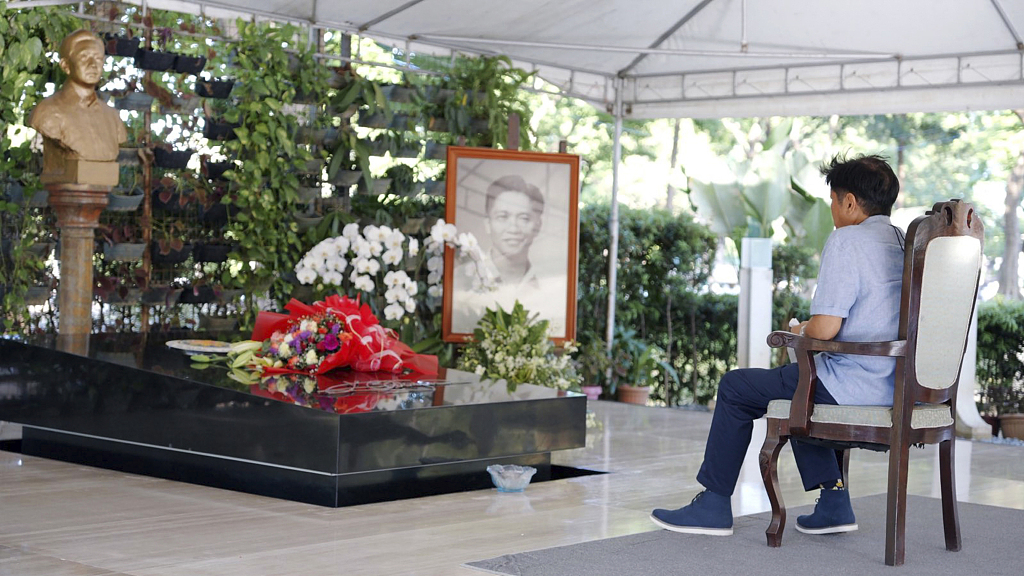 In this photo provided by the Office of Ferdinand Marcos Jr, presidential candidate Ferdinand "Bongbong" Marcos Jr visits the tomb of his father at the National Heroes Cemetery in Metro Manila, Philippines, May 10, 2022. /VCG

In this photo provided by the Office of Ferdinand Marcos Jr, presidential candidate Ferdinand "Bongbong" Marcos Jr visits the tomb of his father at the National Heroes Cemetery in Metro Manila, Philippines, May 10, 2022. /VCG

For sure, the new president faces formidable challenges on the domestic front. Among these are: a 13 trillion Philippine peso (about $249 billion) public debt, widespread unemployment exacerbated by mounting job losses in the near two-and-half years of the COVID-19 pandemic, and public health infrastructure that needs immediate rehabilitation.

Although Marcos Jr was elected by a majority of voters, the otherwise articulate minority led by opinion influencers, critical media, human rights groups, as well as surviving families of martial law victims will all continue to haunt him no end.

Another major domestic challenge concerns the peace process with the armed left represented by the National Democratic Front of the Philippines (NDFP). The peasant-based armed left New People's Army has been waging possibly the world's longest armed struggle since 1969.

All presidents after Marcos have engaged the armed left in peace negotiations, but none has succeeded. As they continue to wield political influence in the rural provinces, the armed left remains a political force not to be ignored.

Although Marcos Jr.'s election came as a shock to many people, it can probably be explained by the fact that most voters are young – born after 1986 with no idea about the harsh years of his father's rule. Other voters, many of them now seniors, believe that all succeeding presidents after 1986 failed to deliver the goods and are now blamed for playing a role in the Marcos Sr's ouster from power without offering a better future.

The Marcos years, many of them claim, were a "golden period" that could be resurrected by electing his son. Yet another explanation is the report that the Marcoses had contracted in 2014 the London-based Cambridge Analytics to rebrand the family's image and make it appear that the issues that had been thrown at them were a hoax. This "historical revision" has been well-circulated on social media and well-received by many young Filipinos who are some of the biggest users of the platform in Asia.

Marcos Jr will serve for six years as president, without reelection. If only as a matter of redemption for his late father, the new president can make a difference by taking on the tough challenges ahead.