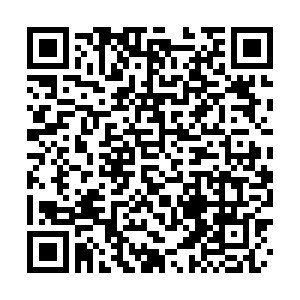 Turkish President Recep Tayyip Erdogan on Friday said Turkey did not have a "positive opinion" on Finland and Sweden joining NATO and accused Scandinavian countries of harboring outlawed Kurdish militants.

Following Russia's "special military operation" in Ukraine, Sweden and Finland have both been widely expected to seek greater security by joining NATO and abandoning decades of military non-alignment.

"We do not have a positive opinion. Scandinavian countries are like a guest house for terror organizations," Erdogan told journalists after Friday prayers in Istanbul.

Turkey has been officially supportive of enlargement since it joined NATO 70 years ago. Any decision on enlargement must be made by unanimous agreement of its members.

Kremlin spokesperson Dmitry Peskov said on Thursday that Finland's entry into NATO would be a threat to Russia, according to TASS News Agency. He stressed that NATO's expansion does not contribute to security in Eurasia.

NATO Secretary-General Jens Stoltenberg has said that Finland and Sweden, should they formally apply to join the world's biggest security organization, would be welcomed with open arms.

Meanwhile, Expressen newspaper reported on Thursday that Sweden's government plans to submit an application to join NATO next week.

Sweden's parliament will debate the security situation on Monday and Prime Minister Magdalena Andersson will then call a special cabinet meeting where the formal decision to apply will be taken, Expressen said, citing unnamed sources.

Since the end of the Cold War, NATO, led by the United States, has repeatedly tried to woo Sweden and Finland to the military bloc. The two countries joined NATO's Partnership for Peace program in 1994, but they also cooperate with Russia on climate and security.