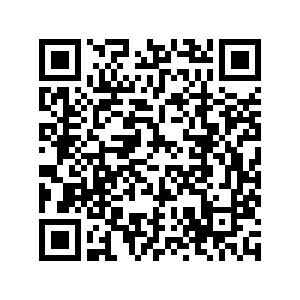 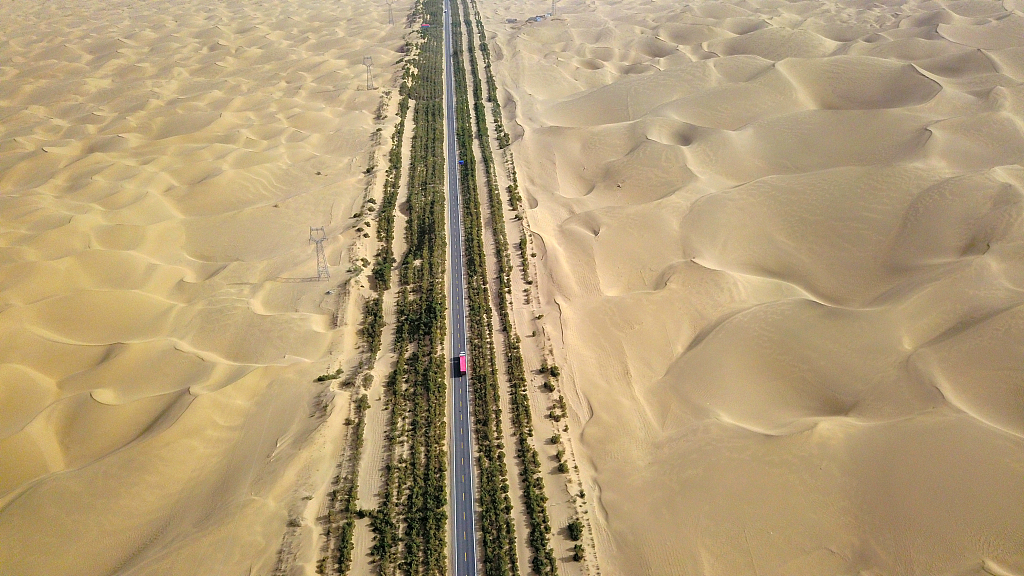 A car drives through the Lunmin Highway that links the Luntai and Niya counties on the northern and southern rims of the Taklimakan Desert in northwest China's Xinjiang Uygur Autonomous Region, June 17, 2020. /CFP

A car drives through the Lunmin Highway that links the Luntai and Niya counties on the northern and southern rims of the Taklimakan Desert in northwest China's Xinjiang Uygur Autonomous Region, June 17, 2020. /CFP

A new highway is being constructed in the heart of China's largest desert, the Taklimakan, in northwest China's Xinjiang Uygur Autonomous Region.

The road stretches along the western side of Qiemo County for 151.764 kilometers and connects Tazhong Town in the middle of the desert, to National Highway G315 on the southern rims of the desert. 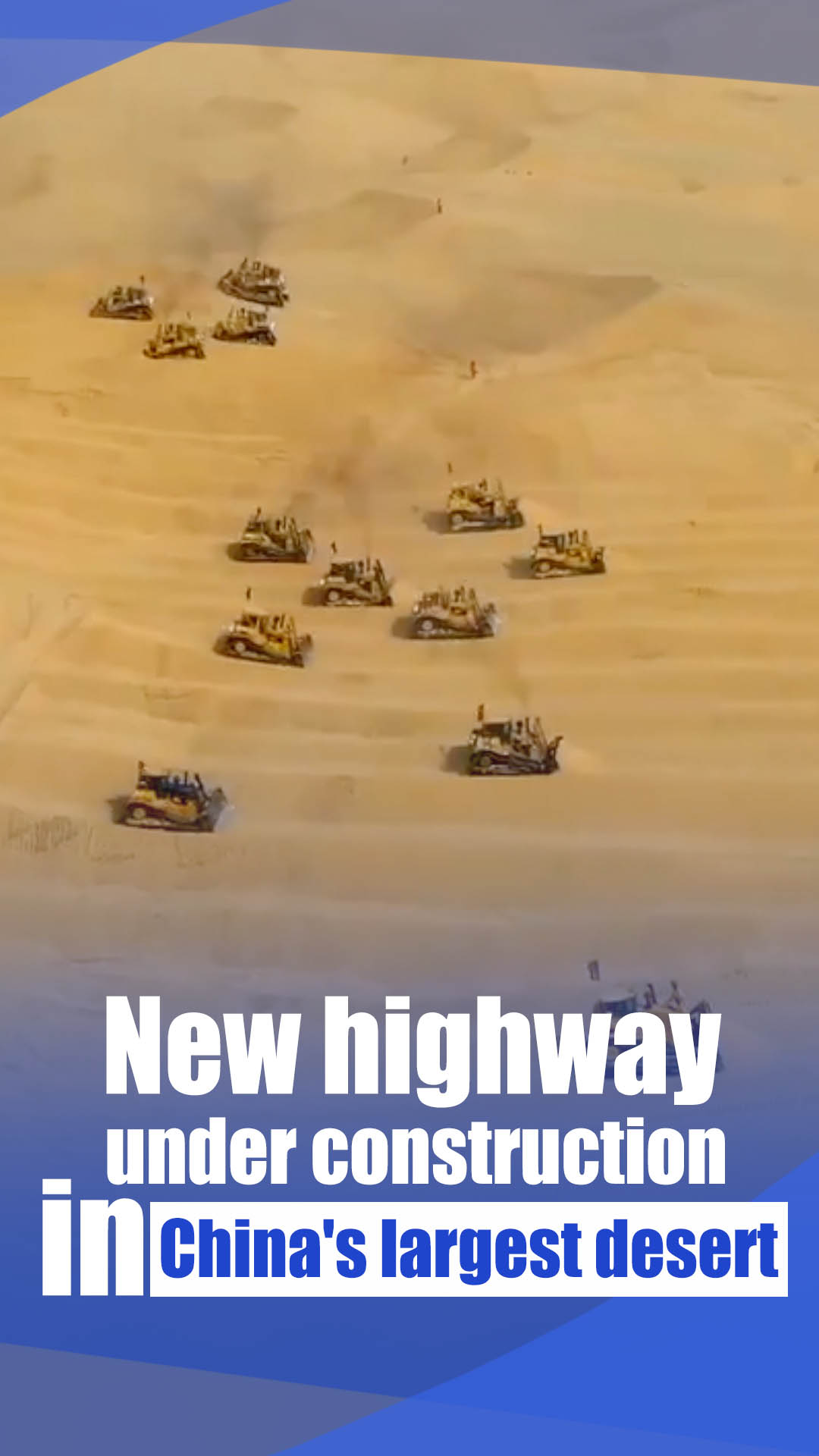 "Our biggest challenge as of now is to work under severe sandstorms, especially in April and May," said Li Panfeng, chief engineer of the project.

"We generally starts working at 8 a.m. so that we could finish more before the sandstorm kicks in while ensuring quality and progress," Li said, adding that resource transportation is the other difficulty for the construction team.

Tazhong Town is the only inhabited area in the middle of the Taklimakan Desert. Established in 2015, the town serves as an important stopping-point for cross-desert transit.

Today, there are three major cross-desert highways in the Taklimakan Desert. The Lunmin Highway links counties of Luntai and Niya on the northern and southern rims of the desert; the Ahe Highway starts from Aral City in the Aksu Prefecture and runs southward to the Hotan Prefecture, and another one from Aral City to Tazhong Town. Another major cross-desert highway from Yuli County to Qiemo County is expected to open by June this year.

The new highway will become a branch of the Lunmin Highway, and the construction began on December 26, 2021. It will help improve connectivity and environment in the desert by the time it's complete, October 2023.

Finished in 1995, the Lunmin Highway was the longest highway built on shifting sand dunes. To prevent the shifting sands from covering the highway, bushes and other vegetation were planted next to the highway to anchor the sand.

A massive irrigation system has been built to pump water from underground for the vegetation along the highway. A maintenance shed is built every four kilometers along the road to help service along the road from the moving sand.