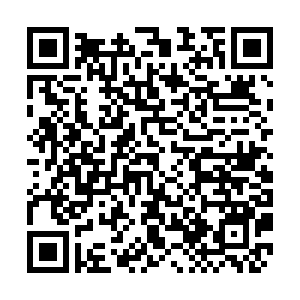 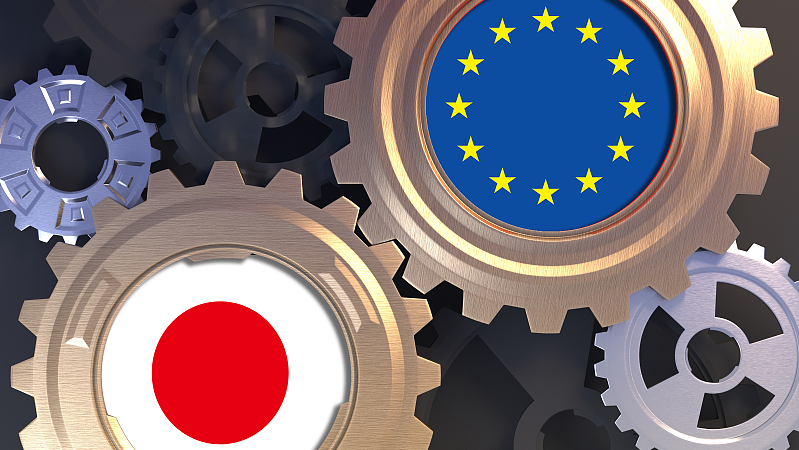 On May 12, leaders of the European Union (EU) and Japan released a joint statement after their bilateral summit, which included unwarranted references to China's internal affairs, while playing up on maritime tensions in stable waters. "We remain seriously concerned about the situation in the East China Sea, including in the waters surrounding the [Diaoyu] islands, and South China Sea," read the statement. "[We] strongly oppose any unilateral attempts to change the status quo and increase tensions that could undermine regional stability and the international rules-based order," it added.

The Diaoyu Islands constitute an integral part of Chinese sovereignty, and the centrality of affiliated islands is recognized by Brussels and Tokyo as well. Deliberate attempts to invoke the islands as reference points in a joint statement signals interference. Consider how values of freedom, fairness and the rule of law feature prominently in the opening lines of Thursday's joint statement. Both Tokyo and Brussels have committed to putting their weight behind these principles, and yet, end up speculating on China-related issues and playing up maritime "concerns" in clear contrast to Beijing's undisputable maritime rights.

The islands, by virtue of being internal to China, should not become a bilateral talking point for Japan and the EU. It is a dangerous look for bilateral ties to commit to values of freedom from the outset, and yet sidestep them when the subject of focus is China's sovereign core.

Apparently, the unwarranted reference to waters surrounding the Diaoyu Islands is linked to a narrative of so-called concern in the East and South China Seas. That conflation deserves legitimate opposition for several reasons. 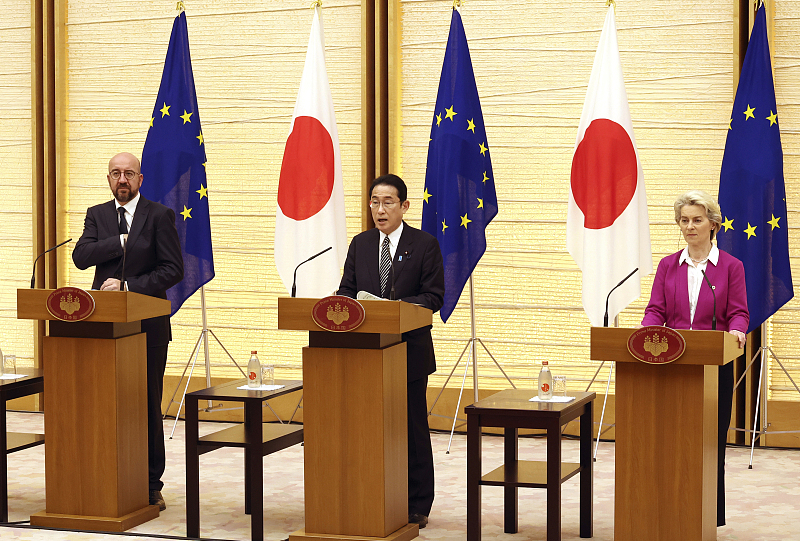 Any form of territorial tensions between relevant parties in the seas can be met with a proper and peaceful dispute resolution mechanism, where maritime dialogue and risk-reduction strategies stand prioritized. Diaoyu is not a dispute by any measure, nor does its status as a sovereign territory to China leave any space for regional or international speculation. That includes tangential EU-Japan references to changes in the maritime "status quo," an escalation in regional tensions, and the undermining of the "international rules-based order" on the back of unilateral measures in the neighborhood. In truth, to invoke China's inherent territory as part of a broader narrative against "unilateral" actions, is to put that very unilateralism and interference into practice.

Similar inconsistencies accompany other instances of interference in the joint statement. Consider Hong Kong: both sides make an unwarranted commitment to deepening their exchanges with focus extending to Hong Kong's "political, economic and security dynamics."

Rather than attempting to revive the mirage of foreign interference in Hong Kong, it serves Tokyo and Brussels' interests to insulate bilateral interests from China's firmly defined red lines.

For instance, Tokyo and Brussels claim that they aim for closer bilateral consultations on security and defense, that they back peaceful dialogue and collectively stand for strengthening good governance and resilience. But some of the instruments used to advance that sense of peace and security involve overstepping sovereign bounds, chiefly those that stand closely connected to China's internal affairs.

History is a valuable guide in informing that this trajectory is unsustainable. The EU and Japan would never appreciate their sovereign interests getting dragged into the bilateral discourse by other outside foreign powers.

Consider course correction because China's sovereignty will be no exception.