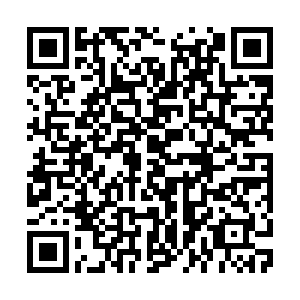 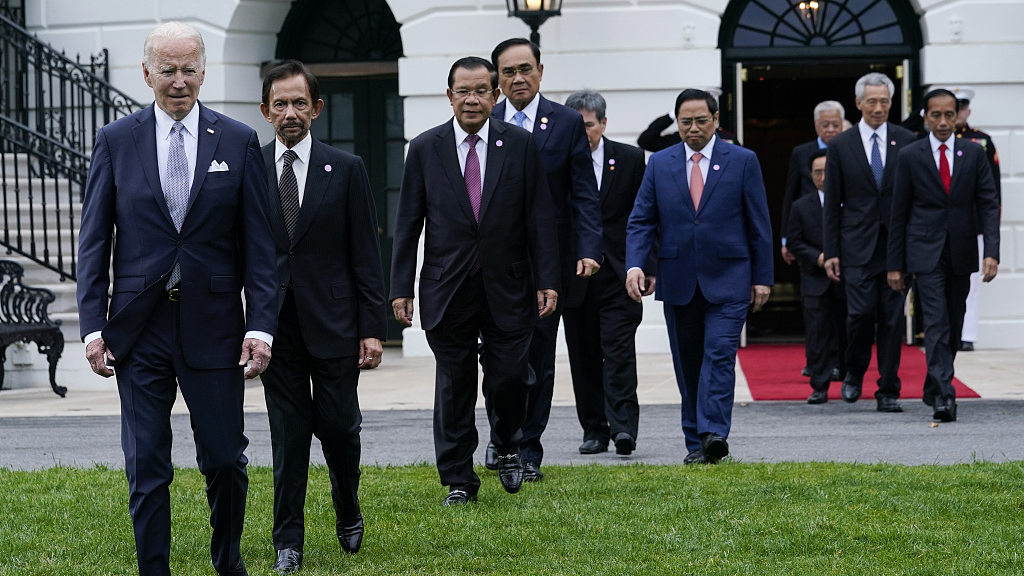 President Joe Biden and leaders from the Association of Southeast Asian Nations (ASEAN) arrive for a group photo on the South Lawn of the White House in Washington D.C., May 12, 2022. /VCG

President Joe Biden and leaders from the Association of Southeast Asian Nations (ASEAN) arrive for a group photo on the South Lawn of the White House in Washington D.C., May 12, 2022. /VCG

Editor's note: Azhar Azam is a market and business analyst and writes about geopolitical issues and regional conflicts. The article reflects the author's opinions and not necessarily those of CGTN.

At the White House, U.S. President Joe Biden hoped to kick-start a "new era of partnership" during a two-day summit with representatives of the Association of Southeast Asian Nations (ASEAN). In largely a symbolic event, he promised to spend a minuscule $150 million on the region's infrastructure, security, pandemic preparedness and other efforts to demonstrate his commitment to the security and prosperity of the Asia-Pacific.

Yet all the commitments Biden made pale in comparison to China, which pledged $1.5 billion in November 2021 alone to Southeast Asian states in development assistance over three years to fight the pandemic and revive the economy. Washington craves to up the ante in the region with an eye on Beijing. However, ever-deepening China-ASEAN ties preclude any attempt to sunder the close partners.

Sensing the bloc's ambivalence toward supporting its ulterior motives in the region and its readiness to resolve all disputes peacefully, the U.S. isn't asking the regional states to make a choice between China and the United States. It's rather forced to limit itself, at least diplomatically in a Joint Vision Statement with ASEAN, to the benefits of peace, stability and prosperity in the South China Sea.

The grouping was created in some of the darkest days of the Cold War. ASEAN, of course, won't like to enmesh the region in the "America's great power competition" against China or play a frontline role in a kind of rivalry that led to its formation.

As a result, Washington emphasizes economic engagement with Southeast Asia to seek a greater influence in the Asia Pacific through Build Back Better World and region-specific Indo-Pacific Economic Framework (IPEF), neither of which has materialized so far.

But there's a problem too. The Southeast Asian leaders were frustrated by Donald Trump's withdrawal from the regional trade pact in 2017, and the Biden administration's continued vacillation on expanding economic cooperation has not helped. For instance, visiting Malaysian Prime Minister Ismail Sabri Yaakoob voiced ASEAN's dissatisfaction with Washington, demanding that the U.S. "adopt a more active trade and investment agenda." The IPEF could be the one. However, it doesn't offer the increased market access to Southeast Asian countries that they feel is crucial for promoting bilateral economic relations with the United States.

Under Biden, the U.S. has become more assertive in imposing its democratic model on other states, criticizing them for alleged human rights violations. The event is being dulled by voices that question the administration's defiance of "worsening human rights environment and democratic backsliding" and "deterioration of democratic institutions" in almost every ASEAN state in the name of forging alliances against China. 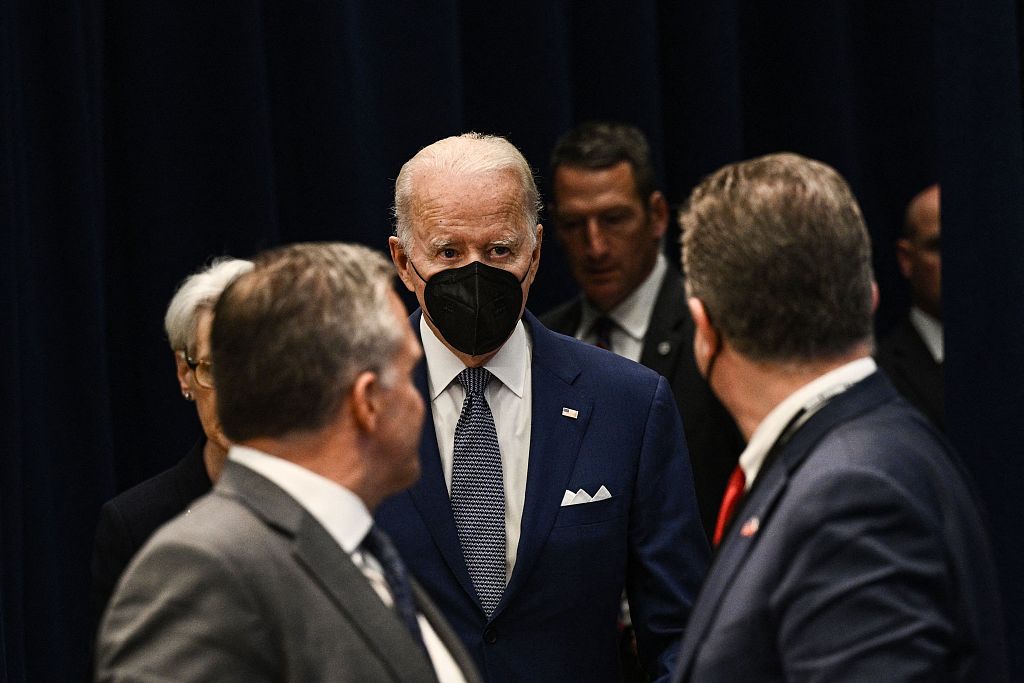 U.S. President Joe Biden arrives for the U.S.-ASEAN Special Summit at the US State Department in Washington, D.C., May 13, 2022. /VCG

U.S. President Joe Biden arrives for the U.S.-ASEAN Special Summit at the US State Department in Washington, D.C., May 13, 2022. /VCG

Experts believe Biden's Indo-Pacific strategy is a thinly veiled effort to counter China in the region. They maintain similar views on the four-nation alliance, the Quad, comprising Australia, Japan, India and the United States. The most recent AUKUS pact comprising Australia, the U.S. and the UK is no different and intends to destabilize the regional peace and economy.

For the same reason, ASEAN leaders are apprehensive about endorsing either clique and have expressed strong reservations about the trilateral coalition on the regional security landscape.

As Washington looks to implement its new, turbulent Indo-Pacific strategy, the bloc is urged to sidestep any security partnership with the U.S. and focus on economic cooperation. Such was the case when Biden took the opportunity to align the member states on a China-centric strategy, and he likely faced skepticism.

An ASEAN chair press statement had already reaffirmed that the special summit would reiterate upholding "centrality and unity through the existing ASEAN-led mechanisms" and fostering trust in maintaining peace, stability and prosperity in the region.

The U.S. has "quite clearly" understood that any initiative directed against China will face "difficulty in gaining altitude" in Asia. It now aims to use the vague IPEF as an economic tool to mount pressure on ASEAN and blunt its enthusiasm for the Regional Comprehensive Economic Partnership (RCEP). During the summit, Biden could have explained his IPEF vision to the Southeast Asian leaders, and they would be very watchful of entrapping themselves in the novel U.S. snare.

With RCEP coming into force on January 1 this year, nervousness and urgency have dramatically crept into the White House. The largest free trade pact, according to the World Bank, it covers about one-third of global GDP and FDI inflows and accounts for over a quarter of the global trade in goods and services.

The manifestation of the region's resolve – to open up markets, brace economic integration and support an open, free, fair, inclusive and rules-based multilateral trading system for quick post-pandemic recovery – makes the treaty invaluable for its 15 member states and almost a third of humanity or 2.3 billion people.

2022 is still in infancy, and RCEP has already made a splash in China-ASEAN trade. In the first four months, the grouping continues to be Beijing's largest trading partner, with a total of $274.5 billion at an increase of 7.2 percent year-over-year. The data signals the injection of more vitality and the release of more dividends to the bilateral trade in the future. It also positions the Asia-Pacific region as a new hub for global commerce, as total trade is expected to surge by $42 billion.

Initiatives such as the RCEP and the Belt and Road Initiative (BRI) are not antithetical to the internationalization of trade and development. They are expected to accelerate intra-Asian integration. Studies show that RCEP, through trade liberalization, regional investment and the digital economy, could be instrumental in aiding the region's post-pandemic economic bounceback. Meanwhile, the BRI "significantly increases bilateral trade flows between the BRI countries.”

The U.S. sees ASEAN and Southeast Asia as central to the regional architecture, but it also wants to explore opportunities for the Quad to work with them. That will be another point of divergence between the two and would upset the regional countries because it opens the way for economic degeneration, confrontation and instability across the Asia-Pacific.

Biden might announce the launch of the IPEF during his trip to Japan and South Korea. Tokyo perceives that the framework will undermine the Japan-led Comprehensive and Progressive Agreement for Trans-Pacific Partnership (CPTPP).

As the potential failure of the initiative risks the success of the U.S. Indo-Pacific strategy and warns about America's return to "military and security heft" to shore up regional influence, countries across the expanse should ramp up engagement and coordination to thwart the looming threats to the economy, peace and stability of the Asia-Pacific emanating from the U.S.