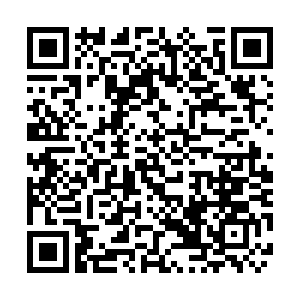 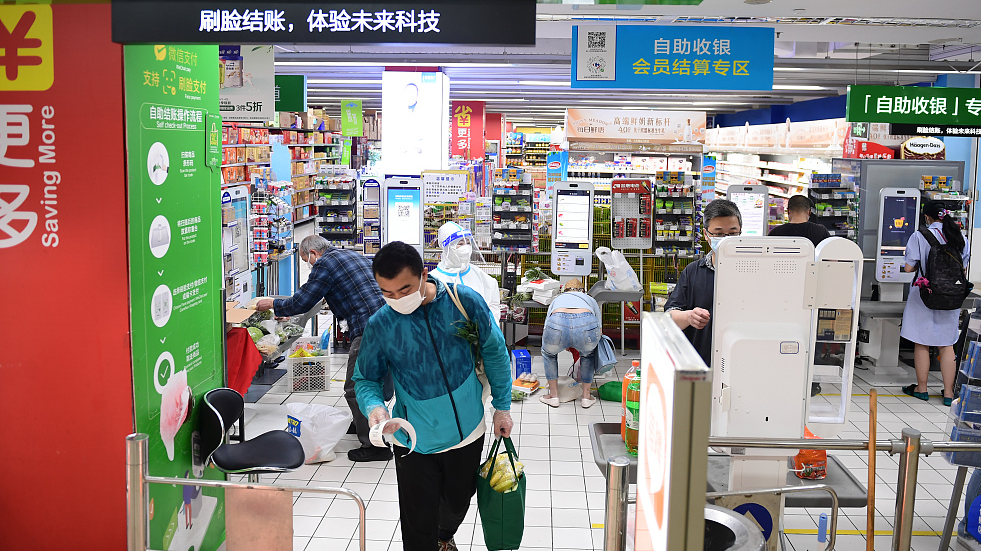 Customers at a self-checkout in a Carrefour in Shanghai, China, May 7, 2022. /CFP

Customers at a self-checkout in a Carrefour in Shanghai, China, May 7, 2022. /CFP

Shanghai will promote the resumption of business in stages under epidemic prevention measures from May 16, said Chen Tong, vice mayor of Shanghai, at a press conference on COVID-19 prevention and control on Sunday.

The Chinese megacity, home to 25 million people, has been hit by a new wave of COVID-19 since late March. It has been forced to take strict measures to curb the spread of the virus.

In order to ensure the basic living guarantee and the supply of daily necessities, the Shanghai government has vigorously promoted the opening of business outlets and the return of personnel to ensure supply, Chen said.

The number of commercial outlets operating in the city has increased from the lowest point of 1,400 to 10,625, with daily delivery orders reaching 5 million, he said.

For the next step, the government will continue promoting the resumption of businesses and markets in stages, while strictly implementing various measures to prevent and control the outbreak, Chen said.

Commercial outlets, such as shopping malls, department stores, supermarket stores, convenience stores and pharmacies, will gradually resume offline operations in an orderly manner while limiting customer traffic, according to the vice mayor.

Wholesale markets will conduct contactless transactions but suspend retail business, while vegetable markets will resume offline business and control the rate of stalls opening as well as customer traffic.

Shanghai has revealed two "white lists" for foreign trade firms to resume business, respectively including 142 and 562 firms, and 63 percent of those on the first list have resumed work and production, Director Gu Jun of Shanghai Municipal Commission of Commerce said on Sunday, adding that the third white list will be announced soon.

In April, Shanghai ports recorded a total of 980,000 shipments of imported and exported express goods, a significant decrease from a year earlier. After the measures for resumption of work and production were introduced in the city, the number of import and export express shipments reached 353,000 in the only first 10 days of May, China News Service reported on Saturday citing Shanghai customs.

According to customs at Shanghai Pudong International Airport, the daily number of declarations and audits has reached 300,000, reflecting a recovery momentum, The Paper reported.

In the first half of May, the inbound and outbound goods supervised by the airport's customs increased by nearly 60 percent compared with April, the same source said.