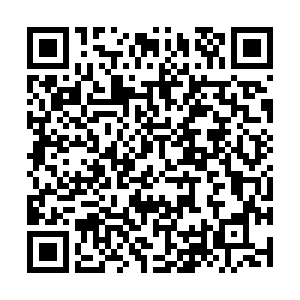 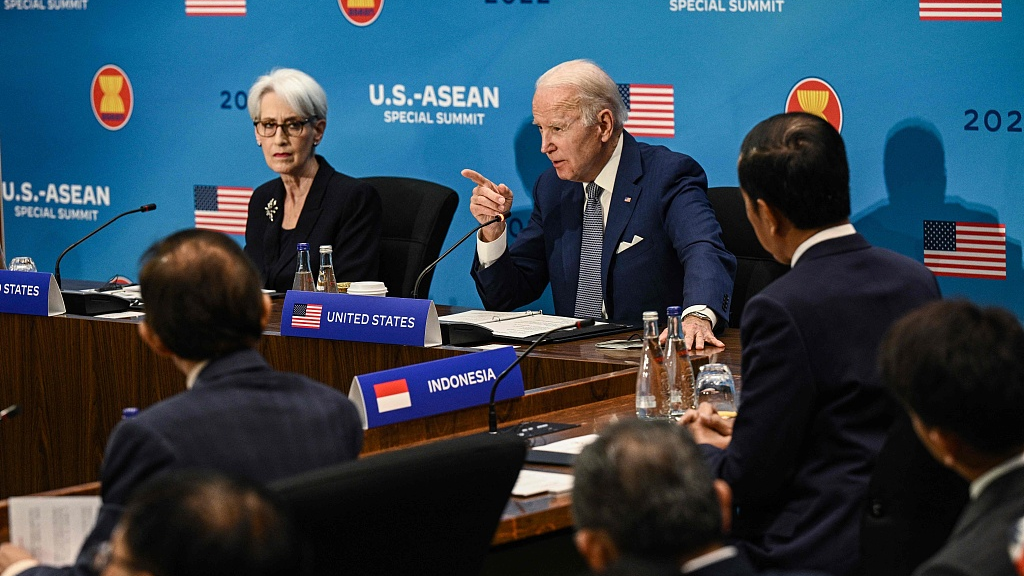 Editor's note: Zhao Chunlei is a researcher at the Institute for International Dispute Settlement, Tsinghua University. The article reflects the author's views and not necessarily those of CGTN.

On May 12 and 13, the Association of Southeast Asian Nations (ASEAN) and the U.S. convened a special summit in Washington D.C. to celebrate four and a half decades of the ASEAN-U.S. dialogue relations. After the summit, the White House promptly published its Joint Vision Statement, giving the public more information about the United States' "enduring commitment" to ASEAN.

In the current context of the overall U.S.-China strategic competition, where ASEAN has become a focal point on their battleground, some parts of the statement deserve particular attention.

The statement addresses diverse topics on economic ties and connectivity, such as trade, investment, infrastructure, and supply chains, as well as some concrete ways to implement the new cooperation, such as the ASEAN-U.S. Trade and Investment Framework Arrangement and Expanded Economic Engagement Initiatives Workplan.

Although not expressly stated, the content of this section of the statement corresponds to the U.S.'s "Indo-Pacific Economic Framework" (IPEF) to a large extent. The IPEF is an effort taken by the U.S. to counter China's influence and bring back its economic leadership in the Asia-Pacific region. Before the summit, the IPEF's concept had been quite ambiguous.

Currently, China's trade with ASEAN is much more than that of the United States. In addition, through the Regional Comprehensive Economic Partnership (RCEP), to which the U.S. is not a party, China has become more integrated with ASEAN.

More recently, China applied to join the Comprehensive and Progressive Agreement for Trans-Pacific Partnership (CPTPP) that then-President Donald Trump withdrew from. The U.S. is also lagging behind China in infrastructural investment, as China's Belt and Road Initiative has achieved laudable success in the past decade. 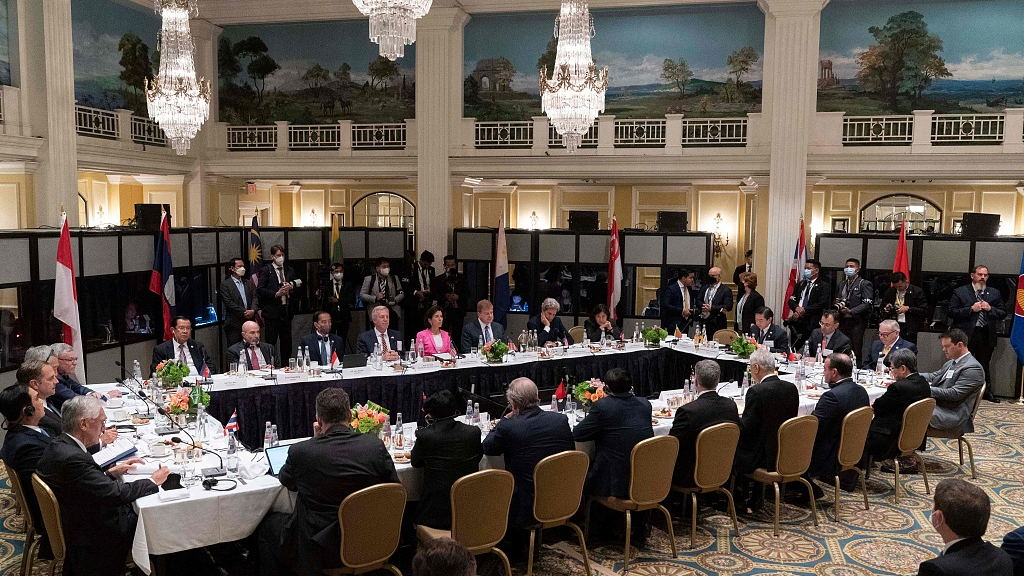 It seems that the summit has brought about more concrete ideas about further cooperation in the international economy, including the IPEF. However, its future development still depends on implementing relevant proposals, and the development process might still be long.

The Russia-Ukraine conflict: Has ASEAN been pushed to take sides?

An issue that is difficult to avoid is the Russia-Ukraine conflict. The last section of the statement generally reiterates that both sides show "respect for sovereignty, political independence, and territorial integrity" and "call for compliance with the UN Charter and international law." It also underlines the importance of achieving a "peaceful resolution and humanitarian assistance."

Little indication can be found on the possible influence of this summit on ASEAN's attitude toward the Russia-Ukraine conflict. Currently, regional views are mixed. Several ASEAN members have refused to politically condemn Russia's action in Ukraine. Although the U.S. would probably have liked to use the summit as an opportunity to pursue a coalition against Russia, it might have been faced with difficulties.

First, Russia has a large volume of arms sales to many ASEAN members. Also, keeping the relationship with Russia to some extent helps release ASEAN's concern over being more engaged in the "battle" between China and the United States.

Whether the U.S. has pushed the ASEAN leaders to take a side or, at least, to reduce weapons purchases from Russia is a key area to watch.

Not surprisingly, the statement mentions the U.S.' Indo-Pacific strategy and its shared fundamental principles with the ASEAN outlook on the Asia-Pacific.

The South China Sea, Mekong sub-region, and other acrimonious issues are particularly addressed in the name of supporting regional security and development. However, it is evident that it is only an attempt to sour the relationship between China and ASEAN. Furthermore, the proposed cooperation in the statement is quite complex and symbolic. Would it really contribute to the regional stability, or only be an excuse for the U.S. to step further into the regional development and ASEAN's relationship with China? The answer may come as more concrete steps are taken in the near future.

At the end of the statement, both sides commit to establishing an ASEAN-U.S. comprehensive strategic partnership at the 10th ASEAN-U.S. summit in November. How the U.S.-ASEAN special summit has affected their collaboration remains unclear. Nevertheless, with the China-U.S. "competition" growing in intensity, it is becoming more difficult for ASEAN to keep its strategy of balance.