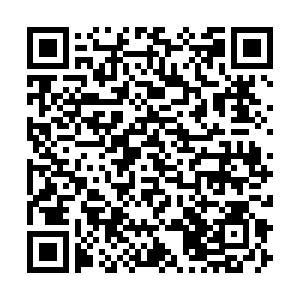 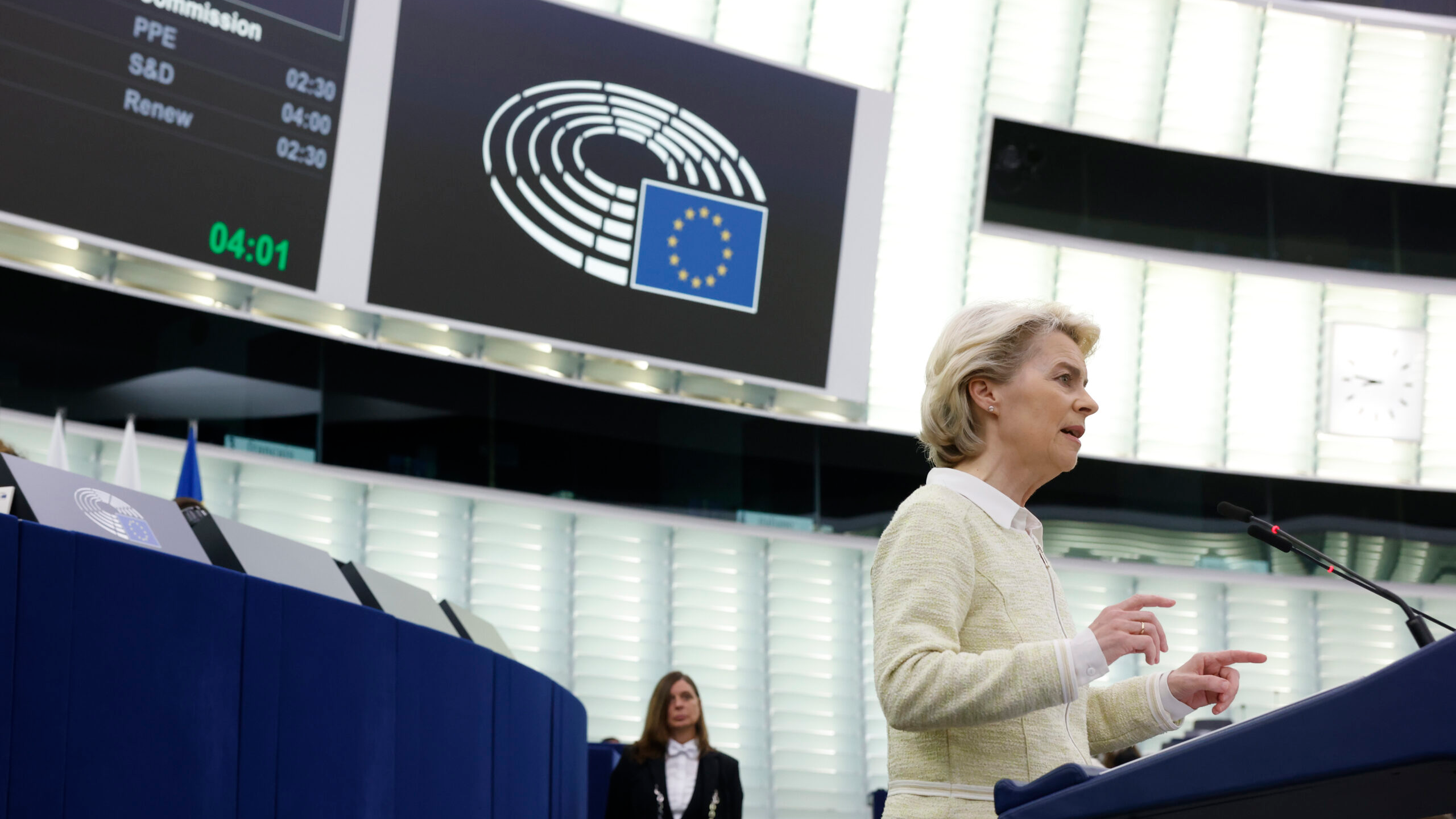 European Commission President Ursula von der Leyen announces a plan to phase out all Russian oil imports from the bloc in the European Parliament in Strasbourg, France, May 4, 2022. /AP

European Commission President Ursula von der Leyen announces a plan to phase out all Russian oil imports from the bloc in the European Parliament in Strasbourg, France, May 4, 2022. /AP

Energy prices surged as Russia rolled out counter-sanctions against Europe. Dutch TTF, Europe's gas index, now sits at 96.9 euros ($100.9) per megawatt-hour, more than quadruples of a year ago. Brent Crude rose to $111.6 a barrel on Friday, a 22.4 percent rise since February 23, when Europe imposed its first package of sanctions on Russia for its recognition of the two self-proclaimed "republics" in eastern Ukraine's Donbas region.

In 2021, the European Union (EU) imported more than 40 percent of its total natural gas consumption, 27 percent of Russia's oil and 46 percent of Russian coal. Reducing its dependence on energy imports has been a concern for the EU since energy prices rose sharply in 2021. However, it ascended to the top of the agenda following the Russia-Ukraine conflict, among other crises such as the rising cost of living and inflation.

The European Commission began discussions on a sixth package of sanctions against Russia on May 4, aiming to ban all imports of Russian crude oil and petroleum products by the end of this year. The proposition is backed by Germany, which has previously rejected the EU's call for an immediate and complete ban on Russian energy.

Germany has kept a cautious stance on Russia since the armed conflict broke out in late February. As Europe's largest economy and one of the biggest buyers of Russian energy, the backlash of an abrupt embargo could leave deep scars on Germany's economy. In an address to the Bundestag in late March, German Chancellor Olaf Scholz warned that ending Germany's energy dependence on Russia "from one day to the next would mean plunging our country and the whole of Europe into a recession."

According to Carole Nakhle, CEO of Crystol Energy, Germany changed its position because the ban "is not going to happen overnight." It has six months to find alternative energy sources before the year ends. But finding a reliable substitute to fill the void of 113 million tonnes of crude oil won't be easy.

"We can, of course, not guarantee in this situation that there won't be disruptions, primarily regional disruptions," Habeck said in a press conference following a German cabinet meeting on May 4. 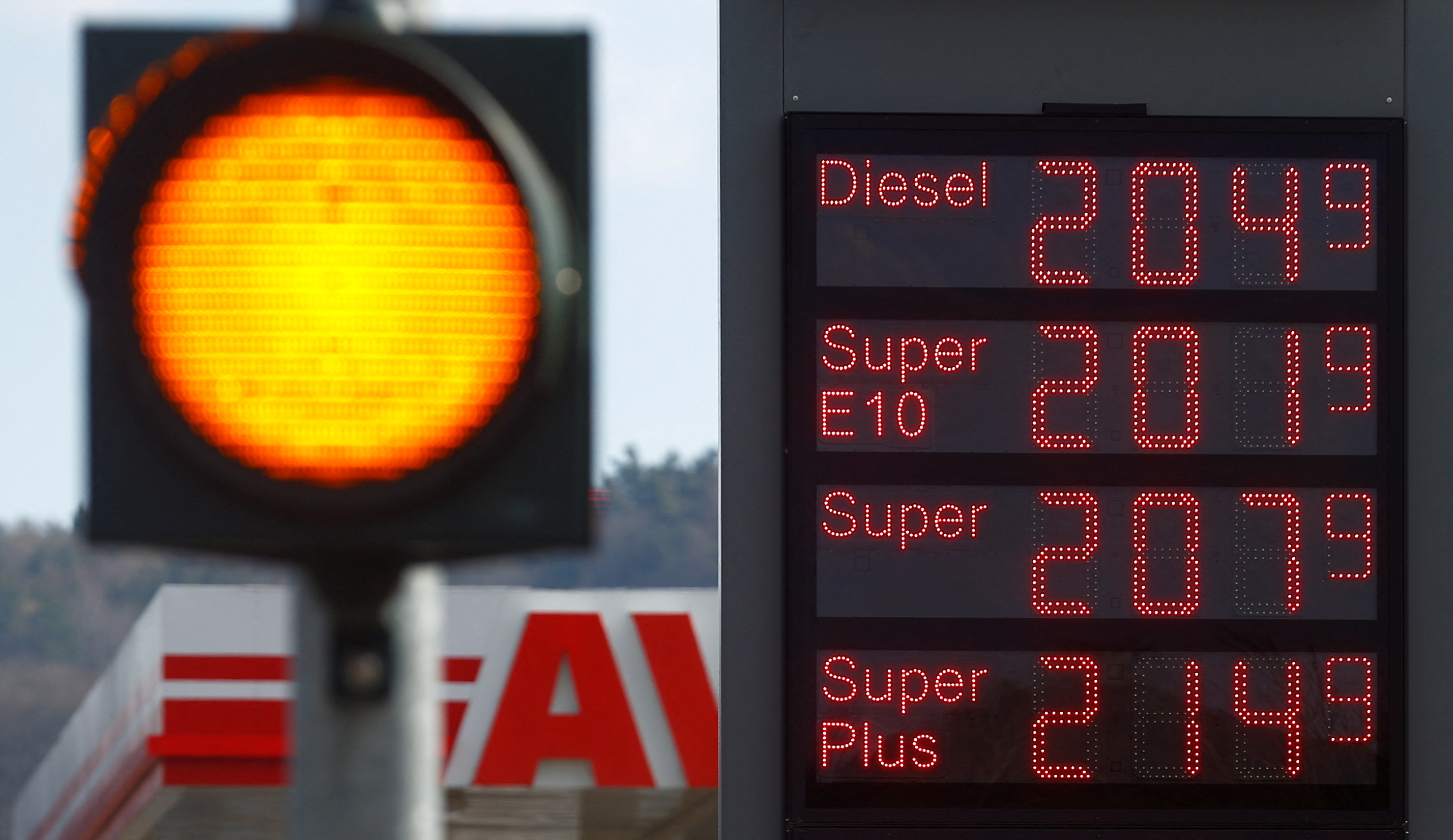 A display shows fuel prices per liter at a gas station in Ebersburg near Fulda, Germany, March 7, 2022. /Reuters

A display shows fuel prices per liter at a gas station in Ebersburg near Fulda, Germany, March 7, 2022. /Reuters

Adi Imsirovic, a senior fellow at the Oxford Institute for Energy Studies, said the road ahead of Europe will be tough should it sever energy ties with Russia completely. He described the EU and Russia as "conjoined twins" and said, "Separation will never be easy."

"We're talking about at least one year of extremely hard work trying to work both on supply and demand side of the equation, for example, increasing energy efficiency, looking for new diverse sources of supply of both gas and oil," Imsirovic told CGTN's Global Business Europe.

Aside from Germany, countries such as Hungary, Slovakia and the Czech Republic are also heavily reliant on Russian energy. Although Germany dropped out, these countries remain resistant to the EU's proposed ban.

Hungary, for example, gets 85 percent of its natural gas and 65 percent of its oil from Russia, according to its government spokesperson Zoltan Kovacs. Hungarian Prime Minister Viktor Orban fears that the EU's proposed sanction package will hurt the bloc more than Russia and said enacting it is equivalent to dropping an "atomic bomb" on his country's economy. The landlocked country in central Europe is now the EU's biggest obstacle in implementing its embargo, as it requires unanimous support from all 27 members. European Commission President Ursula von der Leyen flew to Budapest on Monday to convince Orban to lift the veto but with little success.

In the meantime, Russia is not going to "sit back and say okay," said Imsirovic, when Europe's sanctions grew more and more extensive as the conflict continues. In retaliation, Russia released a list of "unfriendly countries" and demanded that they pay for Russian fuel in rubles. All 27 members of the EU are now on the list.

On April 27, Gazprom, Russia's state-owned energy giant, halted gas export to Poland and Bulgaria. On Thursday, Russia banned Gazprom from any cooperation with EuRoPol Gaz, a company that owns the Polish section of the Yamal-Europe pipeline, making gas transport through Poland to Europe impossible. Europe's quest for an alternative supplier grows harder as a major gas route through Ukraine was also shut down the day before.

A photo of valves near a drilling rig at a gas processing facility operated by Gazprom company at the Bovanenkovo gas field on the Arctic Yamal Peninsula, Russia, May 21, 2019. /Reuters

A photo of valves near a drilling rig at a gas processing facility operated by Gazprom company at the Bovanenkovo gas field on the Arctic Yamal Peninsula, Russia, May 21, 2019. /Reuters

Yanis Varoufakis, former Greek finance minister, believes the EU will come out of the Russia-Ukraine conflict as the economic bloc that has paid the "heaviest price." The union exists in name only, Varoufakis said, as it is becoming more and more divided among its members. The bloc's lack of an independent foreign and defensive policy makes it only able to follow the United States' lead.

"Once upon a time, we had hopes for a proper European Union where we would have a common defense policy, a common foreign policy; none of this is happening. All we have is European governments being beaten into submission by Washington, D.C.," Varoufakis told CGTN's The Heat.