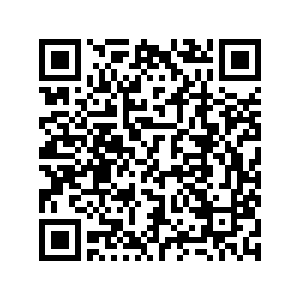 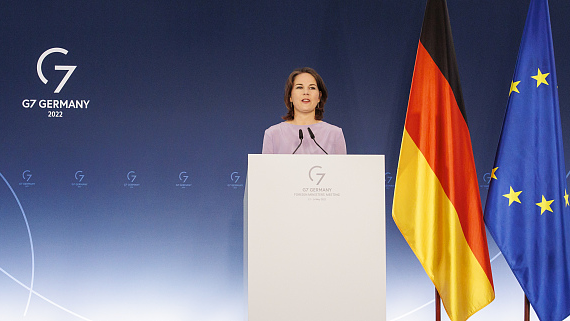 German Foreign Minister Annalena Baerbock speaks at a press conference after the meeting of foreign minister of the G7 member states at the Schlossgut Weissenhaus venue near Oldenburg in Holstein, Germany, May 14, 2022. /CFP

German Foreign Minister Annalena Baerbock speaks at a press conference after the meeting of foreign minister of the G7 member states at the Schlossgut Weissenhaus venue near Oldenburg in Holstein, Germany, May 14, 2022. /CFP

On May 14, Foreign Ministers from the Group of Seven (G7) economies released a joint statement that began with peace and stability pronouncements on Ukraine, but transformed into a declaration of gross interference for a host of countries, chiefly China.

"We call on China not to assist ... [the] war of aggression against Ukraine, not to undermine sanctions imposed on Russia ... and not to justify Russian action in Ukraine, and to desist from engaging in information manipulation, disinformation and other means," read the statement.

The G7's alarming spin on facts and deliberate opposition to China's sovereign affairs deserves to be condemned. After all, the privileged grouping of seven is no authority to lecture Beijing on what responsible action over Ukraine should look like, or how internal stability ought to be ensured within one's borders.

In terms of communicating the gravity of crises, the G7 represents a highly distorted and misleading view of peacebuilding in Ukraine. Look no further than its use of peacemaking as a front to invent linkages between China and unilateral sanctions, the same sanctions that the group itself has been cheering to no-end.

The G7 view of Ukraine is also one where "dramatic consequences" of the conflict necessitate global alarm, but the group's own contribution to complicating peace and escalating the conflict merits no admission.

Leaders appear to bank on a fantasyland where the group can extend interference to all matters internal to China – from Hong Kong to Taiwan – without facing dire consequences. It limits its plastic peace-building on Ukraine to a tightly-knit group of seven, and assumes all is possible.

Across recent positions, G7's stand-out theme has been to split global identity and sovereign boundaries along ideological lines. Particularly at a time when the Ukraine crisis should act as a bridge between the East and the West. 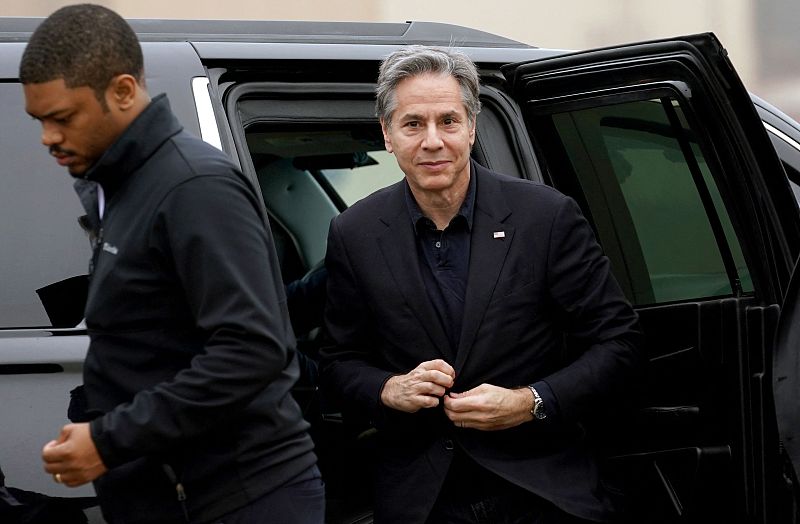 U.S. Secretary of State Antony Blinken departs for Berlin from Joint Base Andrews in Maryland, U.S., May 14, 2022. /CFP

U.S. Secretary of State Antony Blinken departs for Berlin from Joint Base Andrews in Maryland, U.S., May 14, 2022. /CFP

Let's recall some of G7's actual contributions to "peace" in Ukraine. The group's narrative has played host to the North Atlantic Treaty Organization (NATO)'s push for controversial military aid. It has also been a silent partner of the bloc's expansion, the same dangerous pivot that is also one of the central irritants to Russia-Ukraine convergence at present.

G7 has made no effort to factor international sensitivities to unilateral sanctions, and in fact, leaders continue to celebrate sanctions that have pierced some of their own economic defenses, exposing growth and domestic stability to further peril.

Above all, the G7 continues to push its self-initiated economic duel with Moscow, marketing it as the interest of the world at large. Now as those very unilateral penalties end up empowering NATO at the expense of peace negotiations in Ukraine, adverse humanitarian implications are being met with a surprise. "[The conflict] has generated one of the most severe food and energy crises in recent history which now threatens those most vulnerable across the globe," said the group.

Ironically, the G7 – selective in its engagement of the international community – is now expecting the global community to help it quick-fix the escalating humanitarian crisis in Ukraine. The very crisis that G7-backed sanctions kept accelerating.

And so, proponents of global peace have been warned: this practice of exploiting crises to further foreign interference goals is one that deserves uniformed pushback. It puts the sanctity of several universally agreed principles at risk. That includes self-determination and territorial integrity, both fast confined to rhetorical reference points in the G7 playbook of defending "peace."