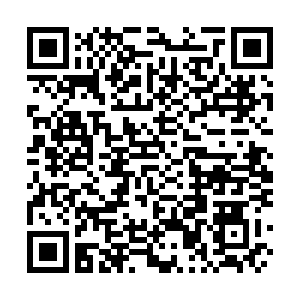 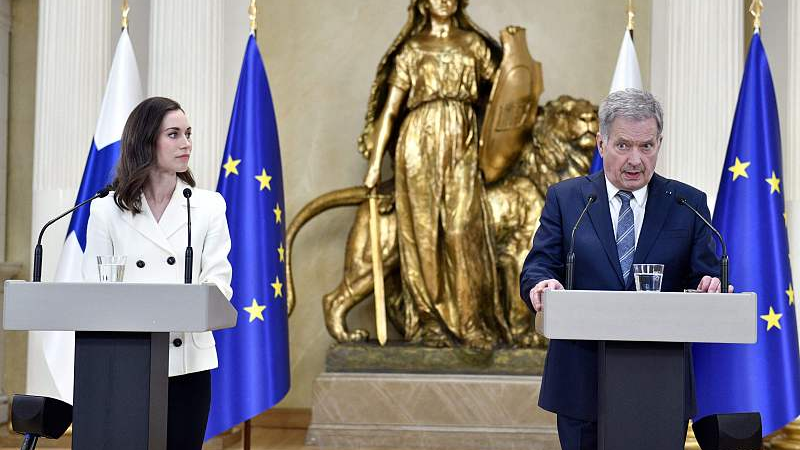 Finland's Prime Minister Sanna Marin (L) and Finland's President Sauli Niinistö give a press conference to announce that Finland will apply for NATO membership at the Presidential Palace in Helsinki, Finland, May 15, 2022. /CFP

Finland's Prime Minister Sanna Marin (L) and Finland's President Sauli Niinistö give a press conference to announce that Finland will apply for NATO membership at the Presidential Palace in Helsinki, Finland, May 15, 2022. /CFP

For followers of global and security affairs, it is impossible to underestimate the significance of the Sweden and Finland's decision to apply for NATO membership. While both nations cite a radically altered European security situation, will their accession to NATO lead to a more secure European or indeed, global security environment?

The Ukraine conflict has sparked an unprecedented response. Germany, long a conservative defense spender announced a radical escalation in military spending, up to 2 percent of GDP while historically nations such as Switzerland joined coordinated European restrictions of airspace and other financial sanctions.

Sweden's shift is perhaps the most radical, abandoning over 200 years of defense doctrine which even saw it remain neutral during the World War II.

If sanctions and a revaluation of security measures are aimed at deterring military actions in Europe though, what stands in the way of unbridled brinkmanship and the formalization of a new Cold War?

Finland's President Sauli Niinistö stated that at the end of last year, Russia had declared that "Finland and Sweden can't join NATO, they declared that NATO doesn't take new members." Before continuing, "We have (Finland and Sweden) been non-aligned militarily from our own will but by stating that, Russia explained that you don't have your own will here…and that is a huge change."

Responding to news of the Nordic duo's intent to apply for NATO membership, outgoing White House Press Secretary Jen Psaki was at pains to stress that "NATO is a defensive alliance" and "is good for our security around the world."

At a time of increased tension, NATO must ensure though, that if accepted, Finland and Sweden's membership strives toward that aforementioned enhancement of regional and global security. There is an explicit threat now of an exponential spiral of rhetoric and military posturing. Leaders must appreciate though, that security is not guaranteed by military expenditure.

While it is Sweden and Finland's sovereign right to seek their own defense arrangements, the benefit of NATO membership should be in unity and collective solidarity and not be used as an offensive tool. The build-up of NATO forces or establishment of significant missile batteries along the Russo-Finnish border for example, would be devastating to the prospects of future peace and cooperation. 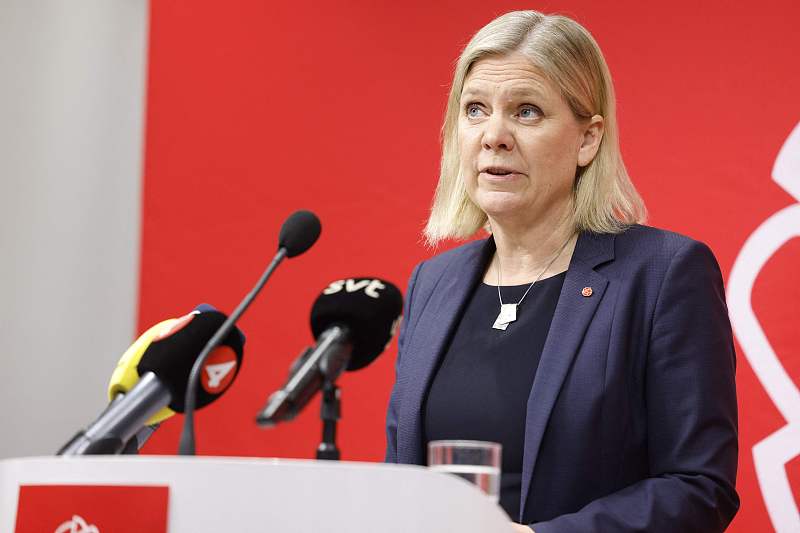 Sweden's Prime Minister Magdalena Andersson gives a press conference after a meeting at the ruling Social Democrat's headquarters in Stockholm, Sweden, May 15, 2022. /CFP

Sweden's Prime Minister Magdalena Andersson gives a press conference after a meeting at the ruling Social Democrat's headquarters in Stockholm, Sweden, May 15, 2022. /CFP

At such a juncture, defense arrangements cannot grow to overshadow diplomatic endeavors and threaten the prospects of securing future peace or a settlement of the Ukraine crisis.

If the expansion of NATO membership is perceived as an existential threat to the Kremlin, the greatest threat to that expansion is de-escalation. For NATO, transparency is essential in demonstrating defensive intentions rather than a militarization of Finland's eastern flank.

The 1983 Able Archer Incident should serve as a chilling warning of what could unintentionally unfold. At that time, against a similarly febrile political backdrop, a pre-emptive nuclear strike from the United States was detected in the then Soviet Union, the launch was a false alarm. It was only for the actions of Lieutenant Colonel Stanislav Petrov who realized it was a false alarm, that a retaliatory strike was not ordered, arguably resulting in a nuclear conflict.

It is also of grave importance that no nation paints itself into a corner diplomatically. To that end, the direct dialogue between the Finnish and the Russian presidents was somewhat reassuring. Niinistö commented that "He (Russian President Vladimir Putin) confirmed that he thinks it's a mistake. We are not threatening you. Altogether, the discussion was very, could I say, calm and cool." While relations are severely strained, maintaining a bilateral dialogue is paramount and there should be as few political absolutes as possible.

Do Sweden and Finland's move enhance their security? Yes. But does the same move also increase the threat of conflict? Yes.

Arguably the more significant aspect of Stockholm and Helsinki's intention is in the diplomatic aspects of NATO, the blanket policy of "an attack on one is an attack on all." Therefore, any military escalation in either region should be kept to a practical minimum in the interest of avoiding the establishment of the kind of military friction point consigned to the annals of history with the fall of the Berlin Wall. Brinkmanship cannot usurp pragmatism and diplomacy.