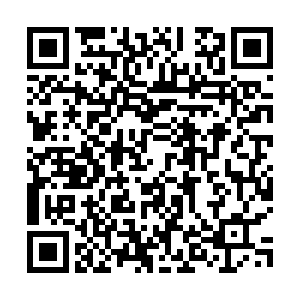 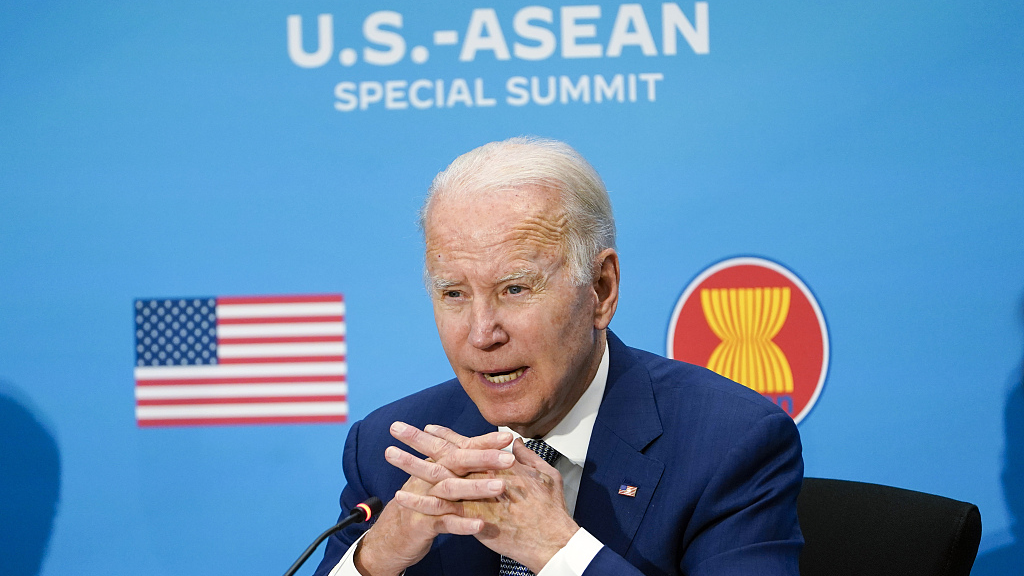 President Joe Biden participates in the U.S.-ASEAN Special Summit at the State Department in Washington, D.C., U.S., May 13, 2022. /VCG

President Joe Biden participates in the U.S.-ASEAN Special Summit at the State Department in Washington, D.C., U.S., May 13, 2022. /VCG

On the second day of the White House Summit with ASEAN member states, Joe Biden's administration adopted policies aimed at "securitizing" Asia-Pacific while targeting China in the process. This attempt to coax ASEAN members has once again exposed America's actual intentions for the region.

However, the organization continued with its unwavering commitment to non-alignment and neutrality with little appetite for American machinations.

Yet the United States has sought to "securitize" the discourse and ensure that all ASEAN states align their policies with camp politics against China. This strategy is bound to fail.

On the second day of the summit, Biden spoke about the great deal of history in the next 50 years that would be written in ASEAN countries. The truth is that since February 2021, the U.S. adopted a policy of "indifference" in the region, which according to Professor David Shambaugh at George Washington University, resulted in the majority of ASEAN states prioritizing their relationship with China.

While Asia-Pacific countries were never meant to play a zero-sum game, the Biden administration was constantly fixated on the region at the summit despite the Ukraine crisis scheduled to be discussed instead.

It has become evident that the U.S.' calls for stronger ties with Asia-Pacific are linked with the policy of coupling the region and Ukraine to target China militarily. The opening day of the ASEAN meeting at the State Department, for example, focused solely on security and health issues, according to Vice President Kamala Harris, as the U.S. spoke about standing in solidarity with allies and partners in defending the maritime rules-based order in the region. Such references have been previously quoted to deviate attention from America's own role in undermining peace and security through military build-ups.

What transpired at the summit also mirrors Biden's foreign policy in 2021, which sought to engage in global competition with China. His administration had already committed $60 million for maritime security for ASEAN, which surpassed the $40 million investment in decarbonization of the region's power supply and the $15 million dedicated to tackling COVID-19.

The scale and priority of the funding committed reveals Washington's actual strategic objectives, which includes having the U.S. Coast Guard to deploy a cutter in Southeast Asia to counter China. Additional plans include announcing an Indo-Pacific Economic Framework involving Japan and South Korea which indicates that dividing the region into competing blocs is part of the Biden doctrine and only serves to jeopardize, rather than reinforce, security in the region.

However, there is little appetite for such machinations. Indonesia has distanced itself from Washington's stance on global issues by inviting Russia to the G20 summit scheduled for July, reiterating its stance of neutrality and calling for an end to the global conflict. Also, Malaysia and Singapore have publicly espoused their commitments to non-alignment with economic engagement being national priorities.

Nick Bisley, a professor of international relations at La Trobe University in Melbourne, said that it was doubtful that ASEAN member states would eschew neutrality for American ambitions, given the states' interdependence with China and refusal to exclude Beijing from regional economic architectures.

This makes it clear that the Biden administration has deliberately ignored the diverse set of priorities that defines ASEAN's foreign policy. The only shared interest by all member states is for tensions to deescalate and for economics to be prioritized, as mentioned by Bisley during his interview with Al Jazeera.

The truth is that the member states have been frustrated by America's lack of engagement with the region since former President Donald Trump withdrew from the Trans-Pacific Partnership Trade Pact in 2017. The Biden administration, however, has failed to allay such concerns with security doctrines overshadowing meaningful economic engagement in the absence of confrontation.

It is hence worthwhile for Washington to accept the fact that persuading states to align with its policy of countering China will not be successful.