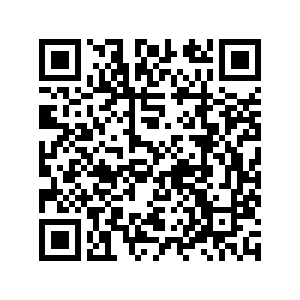 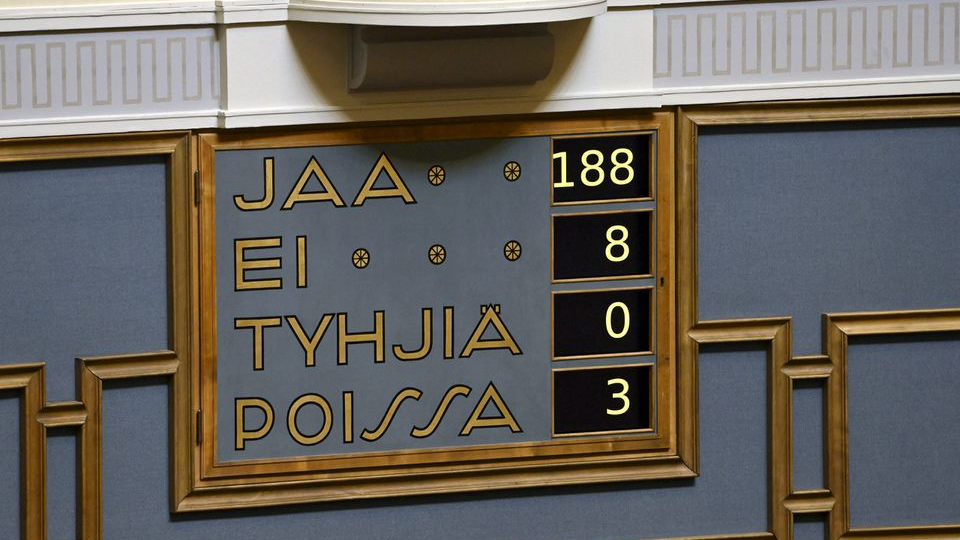 The result of the NATO vote seen on the voting board during the plenary session at the Finnish parliament, Helsinki, Finland, May 17, 2022. /Reuters

The result of the NATO vote seen on the voting board during the plenary session at the Finnish parliament, Helsinki, Finland, May 17, 2022. /Reuters

After a marathon debate lasting a day and a half, 188 of 200 members of parliament voted in favor of NATO membership, a dramatic turnaround from Finland's military non-alignment policy.

Sharing a 1,300-kilometer (800-mile) border with Russia, the country has in the past stayed out of military alliances.

At the start of the debate, Prime Minister Sanna Marin told parliament the country's security environment "has fundamentally changed."

Foreign Minister Pekka Haavisto stressed that the joining will not change the country's basic thinking.

"Finland's membership in NATO will not change our basic thinking that we will always seek peaceful solutions and we are a peace-loving nation that will first and foremost seek diplomatic solutions to every conflict," he said during the debate.

"Then possibly tomorrow, together with Sweden, the Finnish ambassador to NATO will submit the letter to NATO," he added.

Opponents to the application included some lawmakers from the Left Alliance, part of Finland's five-party coalition, among them Markus Mustajarvi, who challenged the decision with a counter proposal resulting in it being put to the vote.

Mustajarvi pointed out that the decision will make Finland's border become the border between the military alliance and Russia.

"New tensions would not be a risk only during the application process but rather a new and permanent condition of our foreign and security policy," he said.

President Sauli Niinisto and the government decided officially on Sunday that Finland would apply for membership, but the decision was pending parliament's approval.