Download
What did Russia say during the CSTO summit?
Yuan Sha 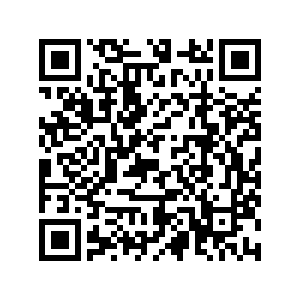 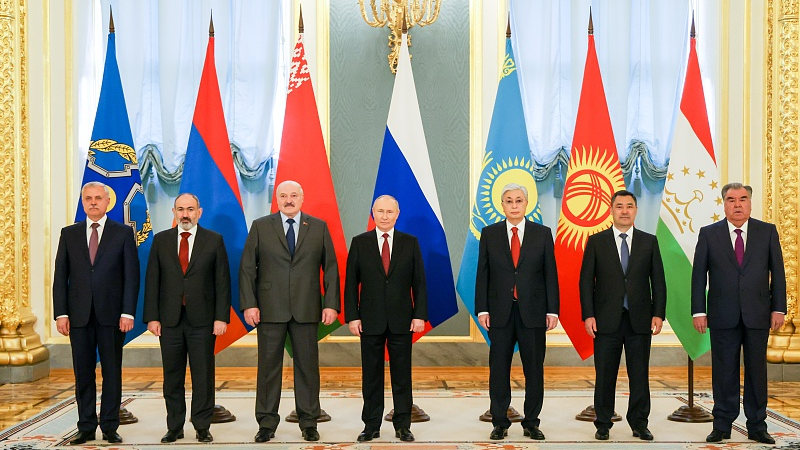 CSTO member countries' leaders pose during a photograph session at a summit meeting of the leaders of CSTO member states in the Kremlin, May 16, 2022. /CFP

CSTO member countries' leaders pose during a photograph session at a summit meeting of the leaders of CSTO member states in the Kremlin, May 16, 2022. /CFP

Editor's note: Yuan Sha is an assistant research fellow in the Department of American Studies at the China Institute of International Studies. A former Fulbright scholar at Columbia University, she has a PhD in international politics from China Foreign Affairs University. Yuan has published several papers on China-U.S. security relations in Chinese academic journals and regularly contributes to Chinese media outlets. The article reflects the author's opinions and not necessarily the views of CGTN.

On May 16, the Collective Security Treaty Organization (CSTO) summit convened in Moscow, attended by the leaders of six member countries and the Secretary General of the Commonwealth of Independent States (CIS). The summit is commemorating the 30th anniversary of the treaty and the 20th anniversary of the formation of CSTO. The timing of this summit coincides with the rising uncertainties in the Russia-Ukraine conflict, which is gripping international attention.

After the dissolution of the Soviet Union, former Soviet states signed the Collective Security Treaty in 1992. During the first decade, the treaty remained quite obscure compared to the fanfare of NATO's eastward expansion and military intervention.

It was Russian President Vladimir Putin who pushed for the establishment of the Collective Security Treaty Organization (CSTO) in May 2002 with six former Soviet states - Russia, Belarus, Armenia, Kazakhstan, Tajikistan and Kyrgyzstan - as members, with an aim to breathe new life to the regional grouping to collectively confront rising traditional and nontraditional security challenges.

According to the CSTO Charter, the organization is dedicated to the "strengthening of peace, international and regional security and stability, protection of independence on a collective basis, territorial integrity and sovereignty of the Member States, in achievement of which the member states prefer political means."

With that goal in mind, the organization has played an increasing role in combating terrorism, drugs trade and illegal migration in the region. Most notably, the organization played a prominent part in the peacekeeping operations during the unrest in Kazakhstan this January. The organization has also taken on more responsibilities in confronting security challenges in Afghanistan after the disastrous pullout of U.S. forces. In fact, the summit touched a lot on the situation in Afghanistan and committed to jointly meet security challenges, demonstrating its growing relevance in Central Asia.

Will CSTO get dragged in Ukraine conflict?

The summit is Russia's most high-profile multilateral diplomacy since the "special military operations" started in Ukraine. Many suspect it might indicate a direct involvement of the CSTO given the increasing presence of NATO in the conflict. After all, the Article 4 of the Collective Security Treaty states that "if one member state undergoes aggression, it will be considered as aggression to all the member states."

The joint statement issued after the meeting however sent a more positive signal, stating that "Recognizing our responsibility to ensure lasting peace in the Eurasian region, we emphasize the need to reduce tensions on the continent and reaffirm our readiness to engage in practical cooperation with NATO." In the press conference after the meeting, Secretary-General of CSTO Stanislav Zas said that Putin informed his CSTO colleagues in detail about the course of the "special millitary operation" in Ukraine, but there was no talk of using CSTO forces in military action against Ukraine. 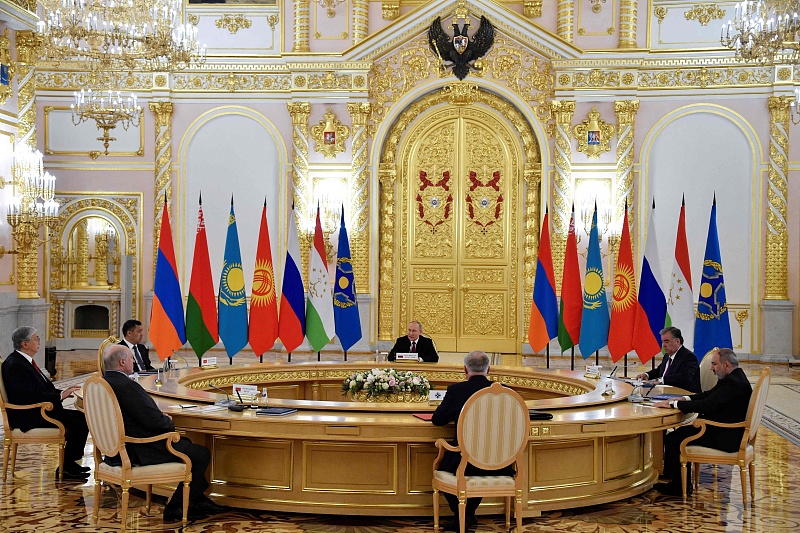 A meeting of the leaders of the Collective Security Treaty Organization (CSTO) member states at the Kremlin in Moscow, May 16, 2022. /CFP

A meeting of the leaders of the Collective Security Treaty Organization (CSTO) member states at the Kremlin in Moscow, May 16, 2022. /CFP

But the CSTO provided a platform for Russia and member states to air their grievances to the international community. The joint statement denounced the using of double standards, the disregard of other countries' sovereignty and interests, the gross interference in other countries' internal affairs, the imposition of unilateral sanctions and restrictions, and the historical revisionism beautifying Nazism and spreading neo-Nazis ideologies.

President Putin also revealed that Russia has collected documents on the "bio-labs" in Ukraine and even "bio-weapons" in development in areas bordering the CSTO region. This allegation raised alarm since the U.S. has long been suspected of running bio-labs in the post-Soviet region.

The Russian President proposed to grant the CIS the observer status in CSTO, and announced that the member states would hold a joint military exercise this fall.

The conflict in Ukraine is becoming increasingly complex and dangerous, risking escalation vertically by spiraling upward and horizontally by involving more parties and spilling over into the wider region.

The Russia-NATO relationship is growing more tense as NATO countries are pouring in advanced lethal weapons and highly sensitive intelligence. The U.S. is making it clear that its objective is to defeat and weaken Russia, further aggravating the security in Eurasia. During the conference, President Putin pointed out that NATO has become a foreign policy tool for one country, clearly pinning down the arch-rival in Washington.

As to the latest move by Finland and Sweden to apply to join NATO, Putin said that Russia would not see this as an issue since they would not pose a direct threat, but Russia would undoubtedly respond if this led to a further expansion of NATO military facilities in their territories. The Russia-NATO tension is giving rise to a growing security dilemma.

Finland shares a long land border and Sweden a maritime border with Russia. Rising threat perception would propel each side to bolster defenses, but these actions would invite further insecurities and animosities. Legitimate security concerns of all countries should be taken seriously, but if bloc confrontation continues, and a new Iron Curtain is drawn, the sustainable security architecture in Europe and the world at large will be put at risk.