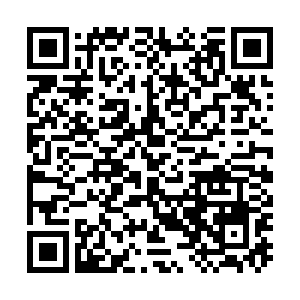 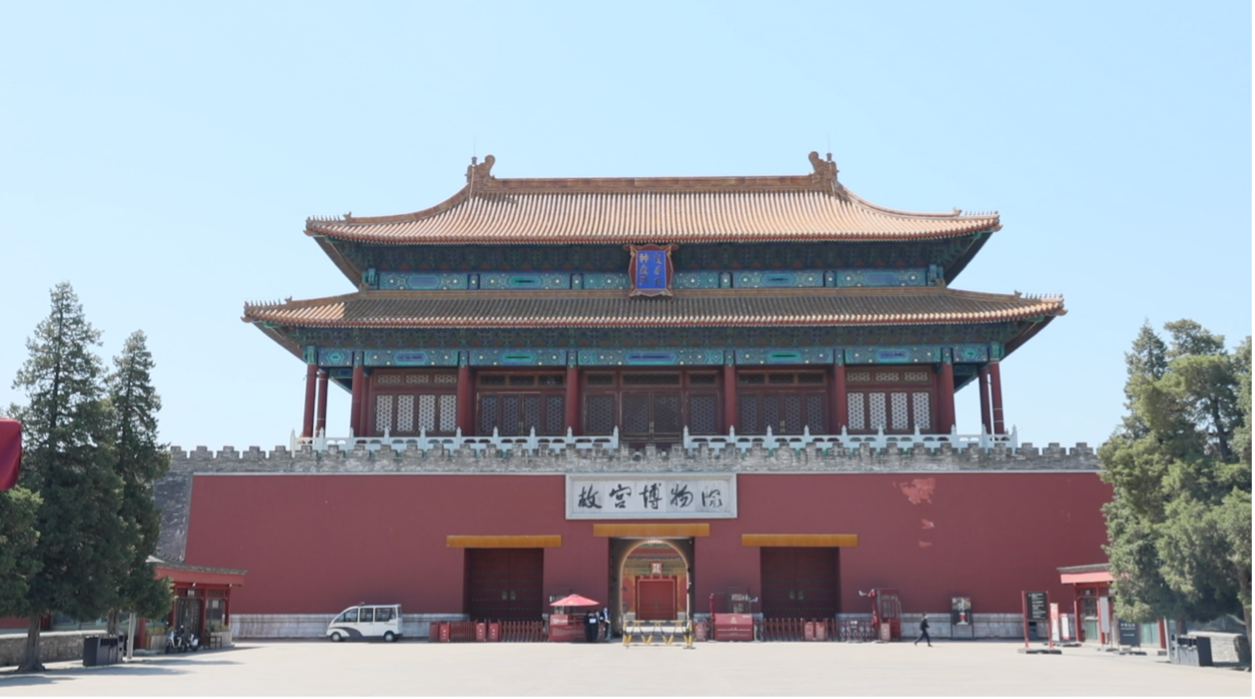 As one of China's symbolic landmarks, the Palace Museum hosts notable exhibitions each year that are well-received by enthusiasts of Chinese civilization. Its latest exhibition, "The Making of Zhongguo," displays an array of cultural relics revealing the origins and evolution of the country.

At the Hall of Literary Brilliance, more than 130 precious cultural relics showcase the wisdom of the people in their time. Many of them date back thousands of years.

"Through these exhibits, we want to make clear the origins and historical development of Chinese civilization and its major contribution to human civilization," curator Jin Ruiguo told CGTN.

One of the highlights is the He zun, an exquisite wine vessel from the Zhou Dynasty (1046-771 BC), which was used as a ritual container. The inscription reveals the origins of China's name. 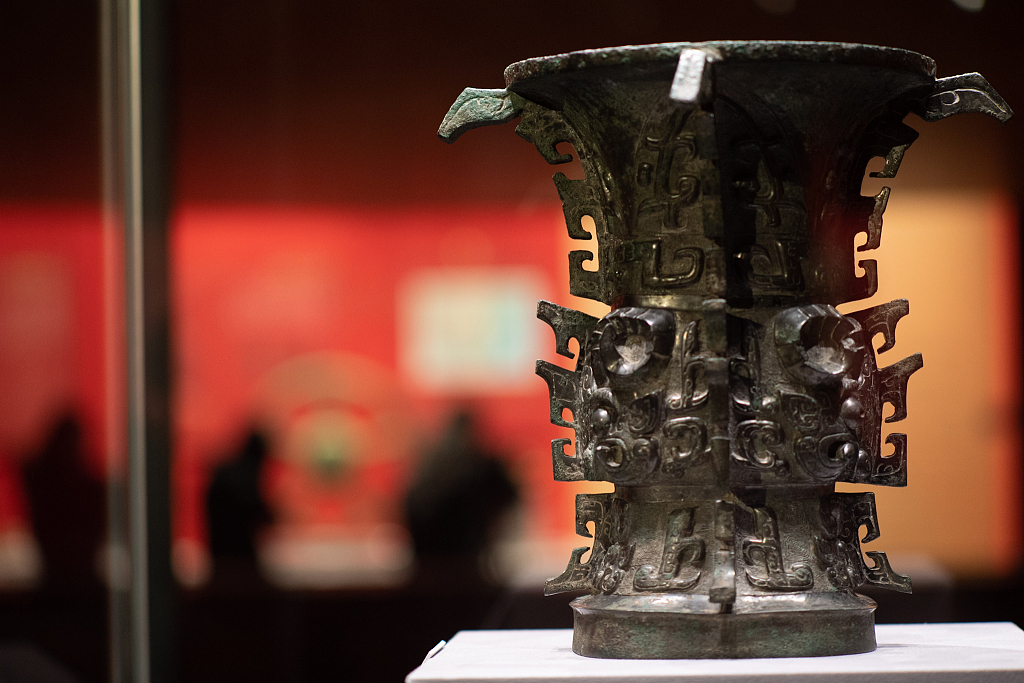 "There is a 122-character inscription on the bottom of He zun," said Zhao Zengjian, from the museum's Collection Management Department.

"It says that King Cheng of the Zhou Dynasty built the capital city of Luoyi on the plain of Luoyang. At that time, the term 'Zhonggguo' (Chinese word for China) was referred specifically to the plain nowadays in central China. That's the earliest record of the country's name we've found so far."

The ancient characters represent economic activities or laws, and figurative works of art are considered important witnesses to history. Many items are on loan from museums across the country, unveiling different development processes experienced by people in different regions.

One terracotta sculpture from the Shanxi Museum depicts the lifestyle of early cross-border trade via the ancient Silk Road. 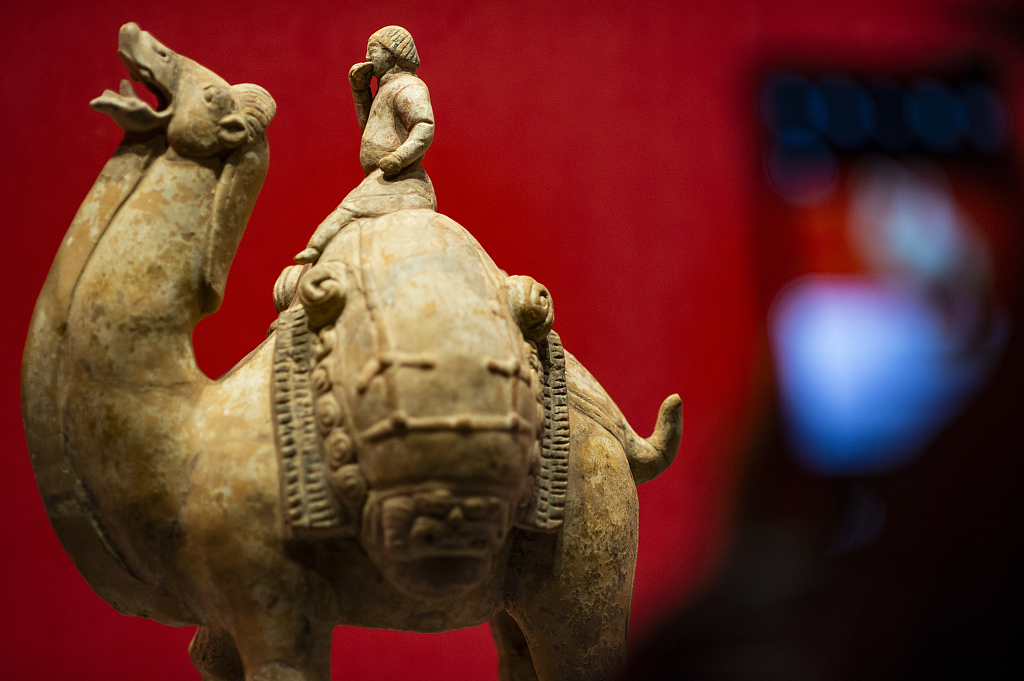 A terracotta sculpture featuring a merchant traveling on the Silk Road. /CFP

A terracotta sculpture featuring a merchant traveling on the Silk Road. /CFP

"It features a then foreigner," Zhao said. "His left hand makes a fist as if he is pulling the reins. Meanwhile, he takes out a cake from his pocket and eats with his right hand. He might be a merchant, traveling along the Silk Road on a camel."

Thousands of years ago, these merchants carried all kinds of goods for trade in central Asia, which ended up in the markets of Europe.

The Han Dynasty (202 BC-AD 220) Changxin Palace lantern bears the shape of a maid on her knees holding a lamp. The artifact from more than 2,000 years ago has lived through generations, inspiring the design of the flame lantern for the Beijing 2022 Winter Olympics. 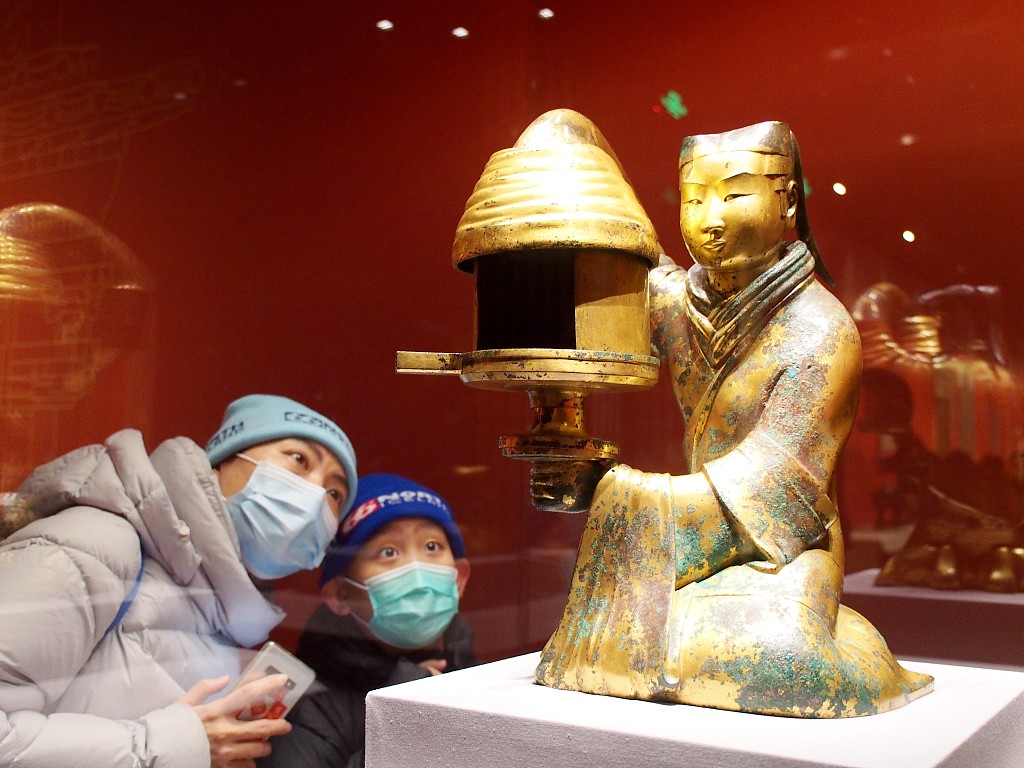 "The right sleeve of the maid is connected with the lamp. The exhaust fumes flow into the maid's body through the sleeve, which will be easy to filter. The design implies the concept of environmental protection," Zhao told CGTN.

What, then, are the origins of Chinese civilization? Zhao provides his understanding.