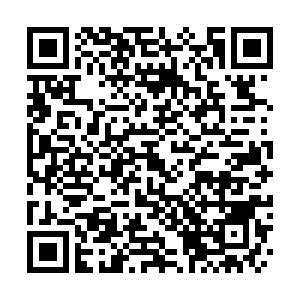 Sweden and Finland on Wednesday submitted simultaneous membership applications to the North Atlantic Treaty Organization (NATO), shifting both countries' long-held neutral stance and reflecting one of the most significant changes in Europe's security architecture for decades.

"This is a historic moment, which we must seize," NATO Secretary-General Jens Stoltenberg said at a short ceremony in which the Swedish and Finnish ambassadors to the alliance handed over their application letters, each in a white folder embossed with their national flag.

"I warmly welcome requests by Finland and Sweden to join NATO. You are our closest partners, and your membership in NATO will increase our shared security," Stoltenberg said.

With the applications formally submitted, the Nordic countries and their many backers now face uncertain months where any resistance to their bids needs to be overcome, with all 30 of NATO's members needing to approve the enlargement.

The process of ratifying the applications could take up to a year.

Turkey, which has strained relations with its NATO allies in recent years, has voiced objection to the applications. President Recep Tayyip Erdogan has accused Helsinki and Stockholm of harboring militants from the Kurdistan Workers' Party (PKK), which has waged a decades-long insurgency against the Turkish state and is deemed a terrorist group by Ankara.

Russian President Vladimir Putin said on Monday that Swedish and Finnish NATO membership posed no threat to Russia, but cautioned that Moscow would respond if the Western alliance boosted military infrastructure in the new Nordic members.