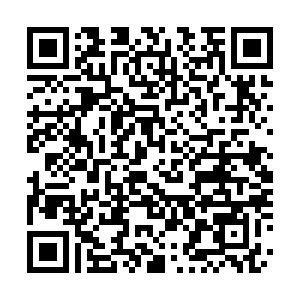 Bilateral cooperation between Japan and the U.S. should not provoke confrontation between camps, and even less undermine China's sovereignty, security and development interests, said Chinese State Councilor and Foreign Minister Wang Yi on Wednesday.

He made the remarks during a virtual meeting with Japanese Foreign Minister Yoshimasa Hayashi when commenting on next week's Tokyo summit of the Quadrilateral Security Dialogue (Quad), an informal security grouping of the U.S., Japan, Australia and India.

"What is concerning and alarming is that even before the U.S. leader has arrived, talk of the so-called Japan-U.S. joint confrontation with China has already been widely heard," he said.

Noting that Japan and the United States are allies, while China and Japan have a treaty of peace and friendship, he warned that Japan should draw lessons from history.

Japan should do good for regional peace and stability, act with caution and refrain from pursuing a beggar-thy-neighbor path, he stressed. 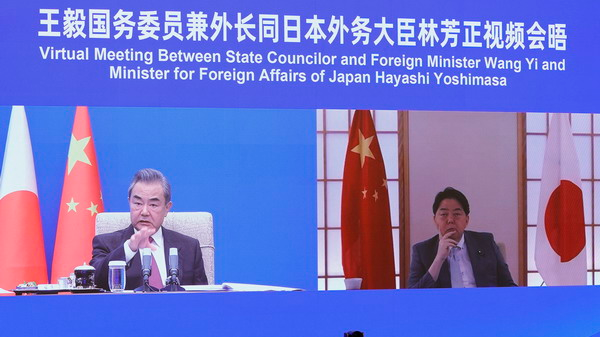 Noting that this year marks the 50th anniversary of the normalization of diplomatic relations between China and Japan, he called for efforts to take the opportunity to consolidate the political foundation of bilateral relations.

It is important to abide by the principles and spirit of the four China-Japan political documents, and implement such important common understandings as the two countries should "be partners, not threats," he said.

The two sides should tap the potential of cooperation and strengthen coordination and cooperation in digital economy, green, low-carbon and climate change governance, he added.

For his part, Hayashi said that Japan and China share broad common interests and enjoy huge potential and broad prospects for cooperation.

The two sides also exchanged views on regional and international issues of common concern and agreed to maintain communication.