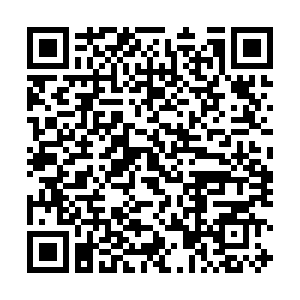 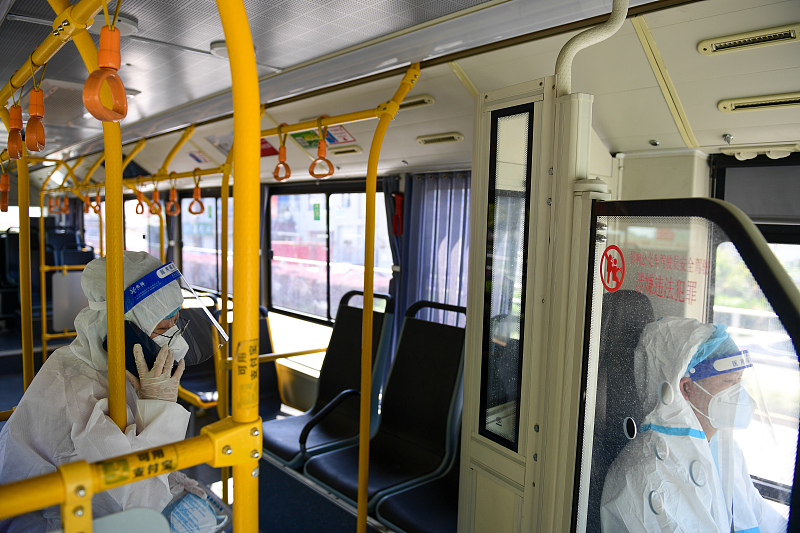 Volunteers communicate with patients on a bus used to transport patients in Jiading District, east China's Shanghai, May 4, 2022. /CFP

Volunteers communicate with patients on a bus used to transport patients in Jiading District, east China's Shanghai, May 4, 2022. /CFP

Shanghai will steadily promote the restoration of the city's public transport system step by step, and it will likely resume cross-district public transport starting from May 22, Vice Mayor Zhang Wei said on Thursday.

Transport service on some main subway lines and 273 bus routes will first resume covering the central urban areas and the city's airports, railway stations, and hospitals, Zhang said at the city's daily press conference on epidemic prevention and control.

Meanwhile, authorities are studying the recovery plan for private cars and taxis.

Shanghai will set up facilities at transport stations and carriages to help scan QR codes to prevent the spread of the epidemic through public transport, Zhang said, adding that passengers will be allowed to use the public transport system only when they have negative result certificates for nucleic acid testing taken within 48 hours.

The Chinese mainland on Wednesday recorded 191 locally-transmitted confirmed COVID-19 cases, of which 82 were in Shanghai, according to the National Health Commission's report Thursday.

Apart from Shanghai, six other provincial-level regions on the mainland saw new local COVID-19 cases, including 50 in Beijing and 34 in southwest China's Sichuan Province.

Shanghai also reported 637 locally transmitted asymptomatic infections of the novel coronavirus on Wednesday, out of a total of 825 local asymptomatic carriers newly identified on the mainland.