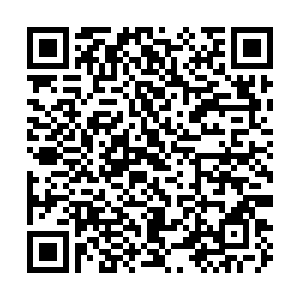 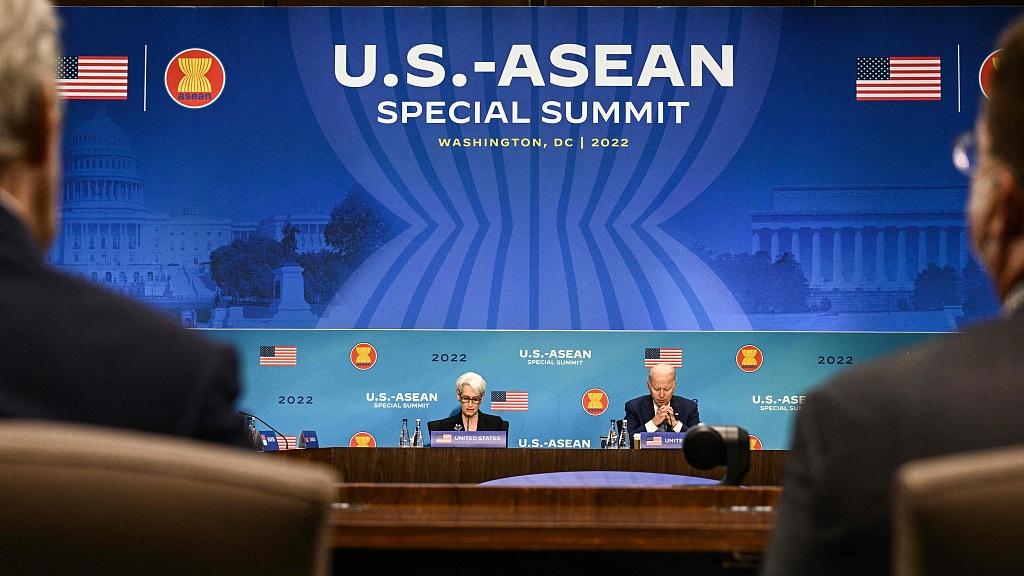 U.S. President Joe Biden participates in the US-ASEAN Special Summit at the U.S. State Department in Washington, D.C., May 13, 2022. /VCG

U.S. President Joe Biden participates in the US-ASEAN Special Summit at the U.S. State Department in Washington, D.C., May 13, 2022. /VCG

As one of the 10 core tasks of the U.S.' Indo-Pacific Strategy, the U.S.-led "Indo-Pacific Economic Framework" (IPEF) will be unveiled during President Joe Biden's Asian trip from May 20 to 24.

Although not expressly stated, the joint statement issued after the U.S. and the Association of Southeast Asian Nations (ASEAN) special summit held on May 12 to 13 addresses diverse topics on economic ties and connectivity, corresponding to the IPEF to a large extent. To bring back its economic leadership in the Asia-Pacific region, the Biden administration uses the IPEF to replace the Trans-Pacific Partnership (TPP) agreement, a comprehensive trade agreement the U.S. designed to contain China but abandoned in 2017.

As the U.S. Trade Representative Katherine Tai has indicated openly, the IPEF will be an "arrangement independent of China." It is in fact designed to exclude China from the trading and supply systems in the Indo-Pacific and undermine its influence under the Regional Comprehensive Economic Partnership (RCEP), the world's largest free trade agreement, by offering alternative supply chains so as to encourage regional economies to "decouple" from the Chinese market.

As such, an essentially closed, exclusive and confrontational arrangement with clear geopolitical and ideological intentions will be installed within the region, which deviates from the principles of openness, inclusiveness, equality and reciprocity of multilateralism the region has long followed.

Therefore, the IPEF is not a traditional free trade agreement with mutual open market access and tariff exemption to address the immediate economic concerns and necessities of regional economies, but a geostrategic counterbalancing contraption to drag regional economies into the bandwagon against China.

More specifically, the IPEF represents continuity between the colonialist past and neocolonialist present in the Indo-Pacific region. In the past 45 years the U.S. has been instrumentalizing Southeast Asia, treating the region as its reservoirs of cheap labor and raw materials, and simply placing its interest ahead of the interest of those economies, since it started formal diplomatic engagement with the ASEAN in 1977.

Today, neocolonialism is coming to a large extent in a reincarnated form although colonialism has gone for the most part in Asia, which was almost synonymous with the most unfortunate developing world in the colonial era. The colonized Asian nations were ruled as expendables, losing untold wealth to the old colonial powers through unequal exchange and within a sophisticated regime of financial dominion.

The term neocolonialism is an unambiguously negative one. First used after World War II, the term refers to the continuing control of former colonial powers typically developed countries over less-developed countries through indirect means. 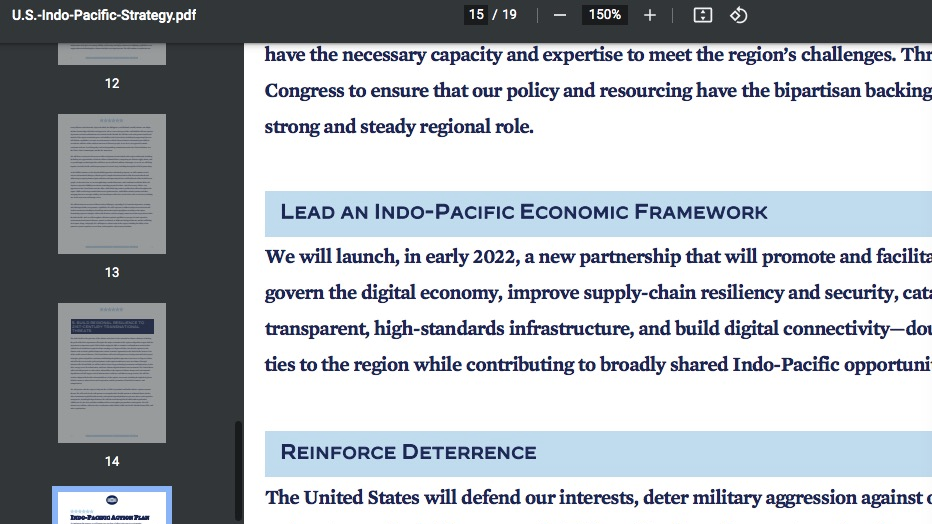 The "Indo-Pacific Economic Framework" mentioned in "Indo-Pacific Strategy of the United States" published in February 2022. /Screenshot via whitehouse.gov

The "Indo-Pacific Economic Framework" mentioned in "Indo-Pacific Strategy of the United States" published in February 2022. /Screenshot via whitehouse.gov

The neocolonialism represents a further development of Western capitalism when a colonial-like exploitation is conducted via the power of capitals (either multinational corporations, or global and multilateral institutions), where a form of global interactions in which transnational corporations and global and multilateral institutions combines to perpetuate colonial forms of exploitation of former colonies.

The Treaty of Rome signed in 1957 marks the beginning of neocolonialism, a new form of economic domination of European countries over their overseas dependencies. According to the Treaty, which established the European Economic Community (EEC), or Common Market, French-occupied Africa and the colonial territories of Italy, Belgium, and the Netherlands were included within the European Common Market under trade arrangements.

With the deepening of Cold War and under the policy known as Truman Doctrine, the U.S. government took indirect means and, in particular, by means of the economic, financial, and trade policies of transnational corporations such as the investments of multinational corporations and global and multilateral institutions like foreign aid, to extend its sphere of influence and, in some cases, control foreign governments. Among others, ASEAN was treated by the U.S. as an anti-communism bulwark and a geopolitical battlefield amid the Cold War.

In a coordinated effort with other former colonial powers, the U.S. offered a large amount of money, aid or investments to any government, conditional on accepting U.S. protection from communism or taking steps favorable to the United States. The U.S. and other developed countries also interfered in internal affairs of formal Asian colonies by alleging political repression or human rights abuses and helped install regimes that serve the benefit of foreign companies and act against their own country's interests.

Given the America's geopolitical and geo-economic maneuvering and apparently taking little heed of inclusive regional cooperation, the IPEF will not be a collective economic endeavor to better the region, but detrimental to regional development, cohesion and stability.

On the one hand, the American neocolonialism via the IPEF could weaken and damage regional cohesion by picking up few countries while leaving the rest behind. Regional stakeholders long have aspirations for cooperation, collaboration and regional integration, such as the ASEAN Outlook on the Indo-Pacific, which tones down confrontational rhetoric and calls for cooperation and collaboration among stakeholders. On the other hand, the IPEF will cultivate regional economies to be subordinated to and be dependent on the U.S. and other former colonial powers and become their reservoirs of cheap labor and raw materials.

The U.S. uses the IPEF to establish a unilaterally dominant economic cooperation arrangement with regional economies such that the U.S. could force regional economies to adopt certain domestic economic policies or higher standards of binding rules and regulations over the labor, environment, and digital trade issues to serve U.S. interests, which will hurt the regional economies.