Download
Why was Tesla cut from S&P 500 ESG Index?
CGTN 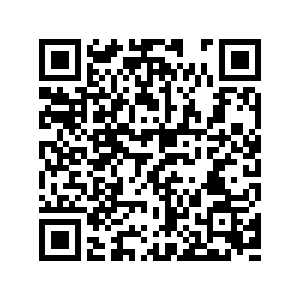 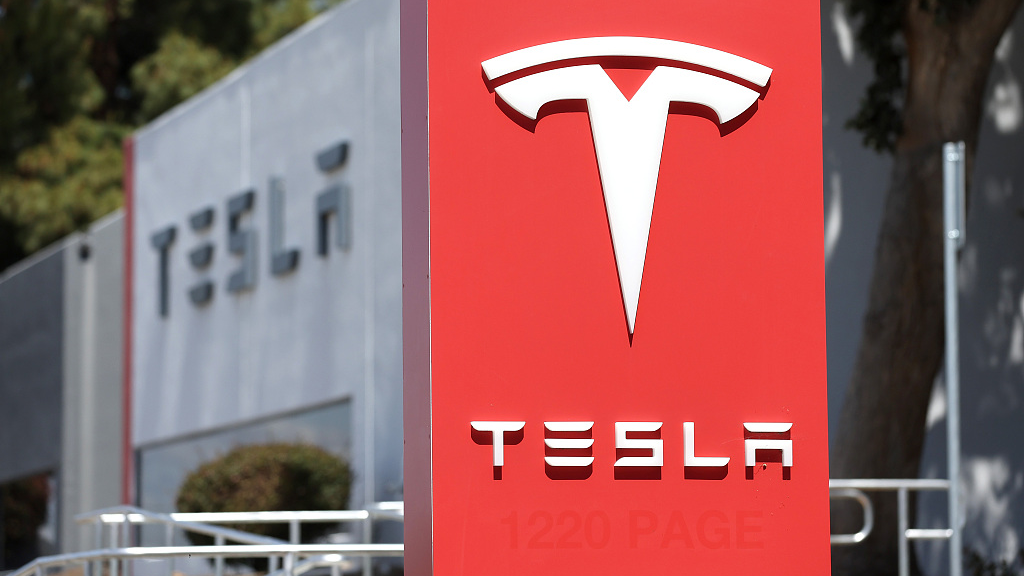 The S&P 500 has booted U.S. electric vehicle maker Tesla from its ESG Index as part of an annual update to the list, citing the firm's lack of a low carbon strategy and codes of business conduct and issues including claims of racial discrimination and crashes linked to its autopilot vehicles, according to a blog post by the S&P on Wednesday.

The S&P 500 ESG Index, designed to provide improved ESG representation, ranks and selects eligible companies with a focus on the most financially material and relevant environmental, social, and governance (ESG) signals within specific industries.

"While Tesla may be playing its part in taking fuel-powered cars off the road, it has fallen behind its peers when examined through a wider ESG lens," Margaret Dorn, S&P Dow Jones Indices' head of ESG indices for North America, said in explaining why the firm was removed from the list in the blog.

The index's low carbon strategy criteria focus on companies' strategies to reduce the carbon intensity of their car portfolio, but also assess its current portfolio exposure to regulatory risks, while the codes of business conduct criteria encompass a company's implementation, transparent reporting on breaches and the occurrence of corruption and bribery cases and anti-competitive practices, according to the blog.

In addition, Tesla's score was also affected by two separate events centered around claims of racial discrimination and poor working conditions at its Fremont factory, as well as its handling of the National Highway Traffic Safety Administration's investigation after multiple deaths and injuries were linked to its autopilot vehicles, the blog said. 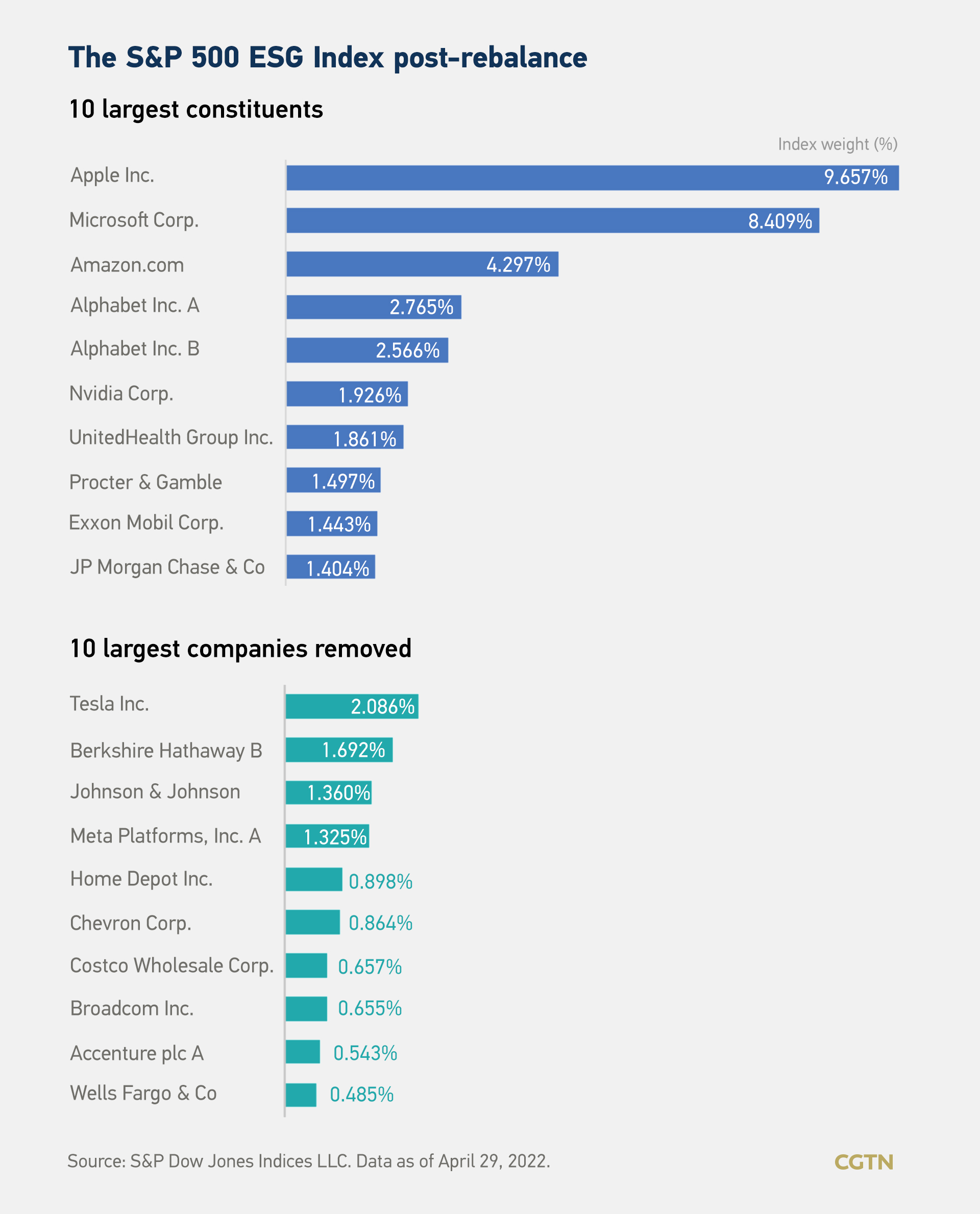 Musk tweeted on Wednesday that "Exxon is rated top ten best in world for environment, social & governance (ESG) by S&P 500, while Tesla didn't make the list! ESG is a scam. It has been weaponized by phony social justice warriors."

Current ESG reporting "does not measure the scope of positive impact on the world. Instead, it focuses on measuring the dollar value of risk/return," Tesla wrote in a company impact report released on May 6.

In the report, Tesla questioned the criteria of the "Environmental Impact" score, contending that "as long as a company continues to slightly decrease emissions of its manufacturing operations while churning out gas-guzzlers, its ESG ratings are likely to go up."

Tesla shares price closed down more than 6 percent on Wednesday amid a broad market sell-off, bringing a loss of more than 30 percent year to date.