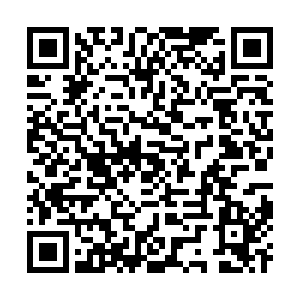 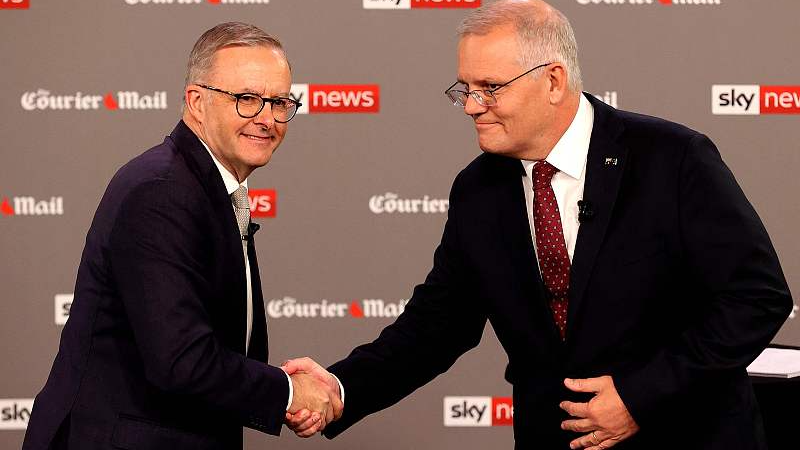 Australian Prime Minister Scott Morrison (R) shakes hands with leader of the opposition, Anthony Albanese, during the first leaders' debate of the 2022 federal election campaign at the Gabba in Brisbane on April 20, 2022. /CFP

Australian Prime Minister Scott Morrison (R) shakes hands with leader of the opposition, Anthony Albanese, during the first leaders' debate of the 2022 federal election campaign at the Gabba in Brisbane on April 20, 2022. /CFP

Editor's note: Daryl Guppy is an international financial technical analysis expert. He has provided weekly Shanghai Index analysis for Chinese mainland media for more than a decade. Guppy appears regularly on CNBC Asia and is known as "The Chart Man." He is a national board member of the Australia China Business Council. Observations and conclusions in this article are based on the author's discussions with Penny Wong (shadow foreign affairs minister) and Richard Marles (deputy leader of the Labor party). They are also based on recent briefings with senior officials of the Department of Foreign Affairs and Trade. The article reflects the author's opinions and not necessarily the views of CGTN.

Tweedledum and Tweedledee are characters in Lewis Carroll's 1871 book "Through the Looking-Glass." They agree to have a battle, but never have one. The rotund Tweedle brothers never contradict each other and that pretty much sums up the 2022 Australian election campaign approach to Australia-China relations because the differences between the two parties are only a matter of small degree.

The Australia-China relationship is seen through three perspectives in this order of priority: defense, foreign policy, and 'don't mention China and the economy.'

The "don't mention China and the economy" approach seems contradictory, but it reflects Australia's schizophrenic approach to China. The much-touted strength of Australia's post-COVID-19 economic recovery and favorable balance of payments result rests mainly on China's continued purchase of iron ore and coal.

These are the major contributors to Australia's current account balance. It is well recognized and acknowledged in the state of Western Australia, but otherwise the contribution is conveniently ignored whenever the prime minister and treasurer boast about Australia's economic position.

The Liberal Party and the opposition Labor Party are Tweedledum and Tweedledee when it comes to recognizing China's contribution to the economic foundation of Australia's prosperity.

The defense and security perspective of China is the primary focus of the current government. When China is mentioned, it's most frequently figures in a scare campaign. The recent agreement between the Solomon Islands and China was the most recent of these. It was with considerable reluctance and delay that Australian Prime Minister Scott Morrison acknowledged the Solomon Islands' sovereign right to enter into agreements.

The second scare during the election campaign was promoted by Defense Minister Peter Dutton in response to a Chinese People's Liberation Army naval vessel passing the Australian coast in international waters. In a wild exaggeration, Dutton said "I think it is an act of aggression." This claim was quickly dismissed by his own defense department, but it highlighted the government's preference for confrontation and military posturing rather than diplomacy.

These responses are consistent with the confrontational approach taken by the current government and there is every indication that this will also be the future pathway should they be elected. This policy approach, described by some as beating the drums of war, is reflected in the AUKUS and Quad agreements. A future Liberal government is most likely to consolidate these agreements with the aim of increasing American engagement in the region.

The opposition Labor Party is less inclined to beat the drums as a first response to any developments in the Australia-China relationship. However, it still supports increased defense spending and engagement with the United States.

The difference is more one of emphasis than of substantial difference. In true Tweedledum and Tweedledee style, during the election campaign, both sides have agreed to have a battle, but it never seems to eventuate because the Labor Party has largely agreed with the position taken by the Liberal Party. 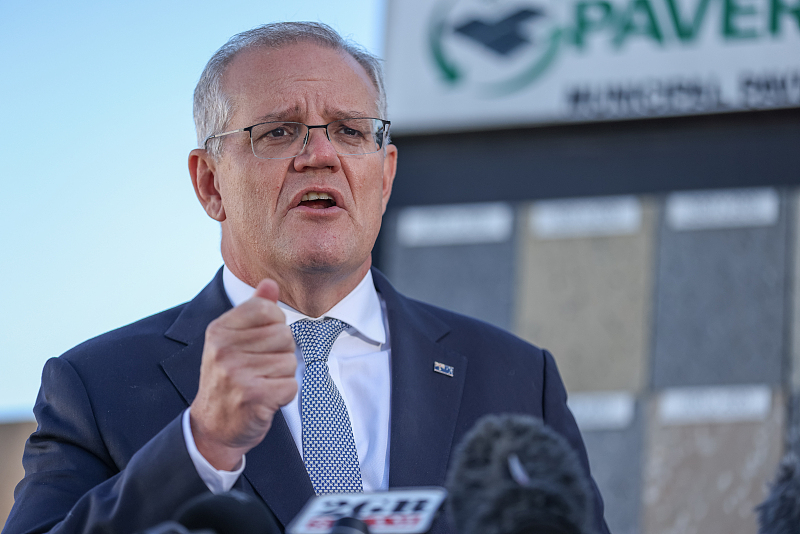 The decline of the role played by diplomacy under the current government is summed up by the tag line on their official emails "Diplomacy begins at home." This reflects the downgrading of diplomacy as a strong tool in the conduct of foreign affairs. There are no hints that this downgrade will disappear if the current Liberal government is re-elected.

If the Labor Party forms the next government, there will be less emphasis on military growth and military solutions as the first and primary response to the management of the Australia-China relationship. The potential future foreign minister, Penny Wong, has consistently highlighted the need to expand and improve Australia's diplomatic efforts as a first response to the bilateral relationship.

The Labor Party has indicated more willingness to enter into discussion and dialog without resorting to megaphone diplomacy. They will step away from the obstructive and wombat warrior approach that has dominated the Australia-China relationship in recent years.

The Labor Party is not offering an independent foreign policy approach, freed from the overwhelming influence of the United States. It is offering a more moderate and less abrasive approach to the region, and to Australia-China relations. It is an approach that reaches for diplomacy first in anticipation that China will also pick up the phone for dialogue.

Australian business organizations and leaders have made it clear that they favor a more constructive, less bellicose and more diplomatic resumption of the Australia-China bilateral relationship.

Despite the Tweedledum Tweedledee similarity, the Australian election marks a pivotal point in the Australia-China relationship. The result marks either a continuation of bellicosity and militarization, or a diplomatic recalibration, using all the tools of statecraft appropriate for a changed global environment.