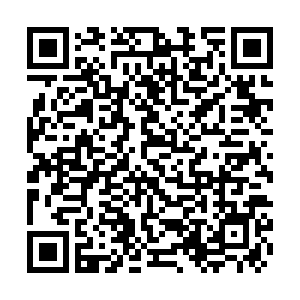 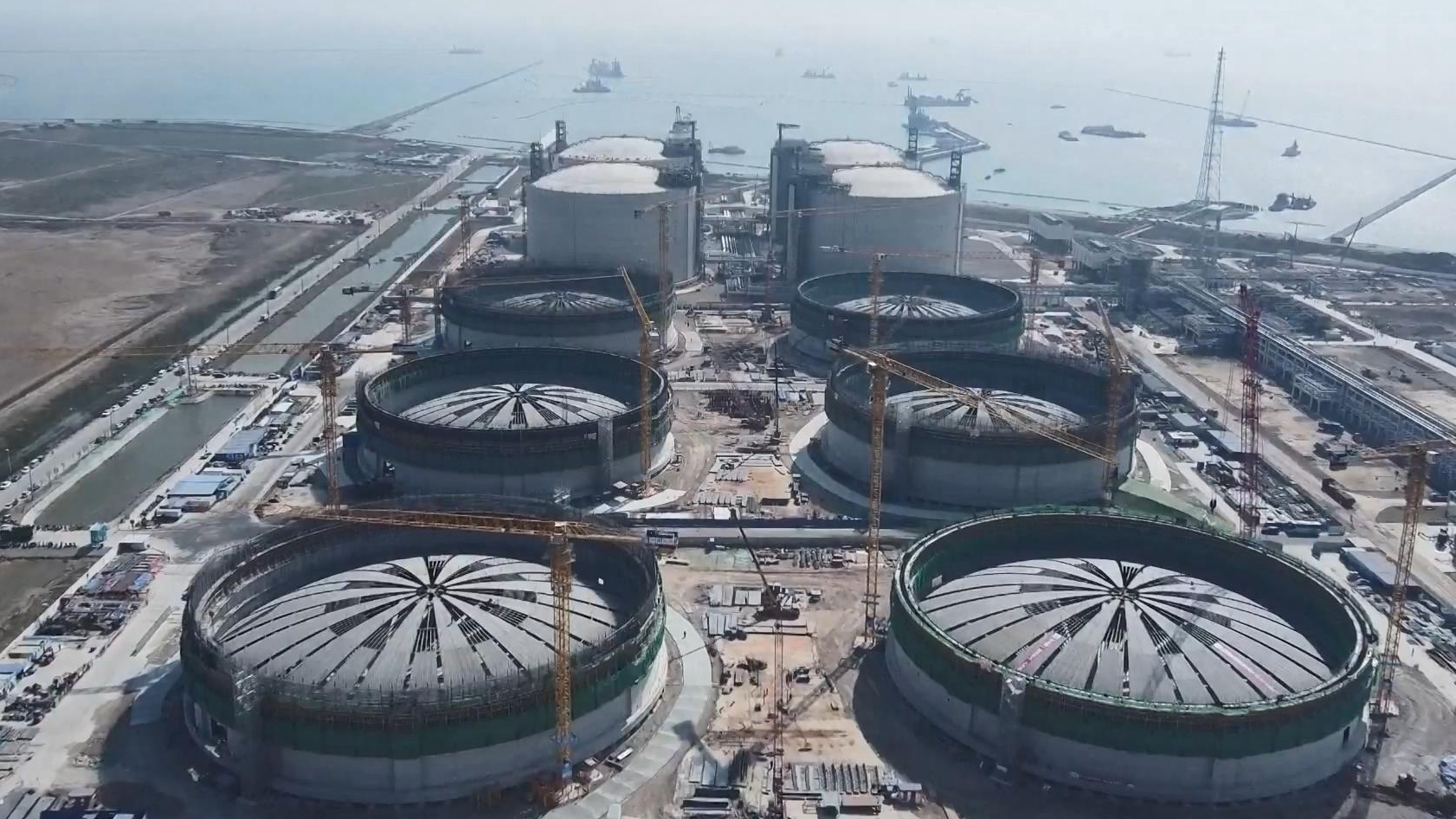 The six LNG storage tanks, the largest of their kind in the world, are designed and developed solely by China. /China Media Group

The six LNG storage tanks, the largest of their kind in the world, are designed and developed solely by China. /China Media Group

The six giant tanks with a capacity of 270,000 cubic meters are designed and developed solely by China. Upon completion, each storage tank will be 60 meters high, equivalent to the height of the National Stadium (or the Bird's Nest) and can accommodate three Boeing 747 aircraft simultaneously.

The vault is an important component of an LNG storage tank, equivalent to the "beam" of the LNG storage tank. The single vault spans nearly 100 meters and consists of one central ring and 24 large and small vault modules. The maximum span of the vault module is 46 meters, with the single piece weighing 33 tonnes.

"After completing the vault hoisting operation, we will start the welding of the vault and concrete placement of the tanks immediately, laying a foundation of follow-up steps. The CNOOC is a world leader in the independent design and construction of ultra-large LNG storage tanks," Yuan Bin, deputy manager of the Yancheng LNG project of CNOOC, told China Media Group.

A key part of China's plan for a natural gas production, supply, storage, marketing and connectivity system, the project will be put into operation in December 2023 with an annual LNG processing capacity of 5.44 million tonnes, reducing carbon dioxide emissions by 17.07 million tonnes and nitrogen oxides by 302,999 tonnes.