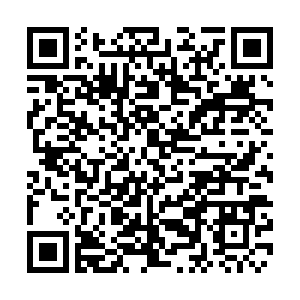 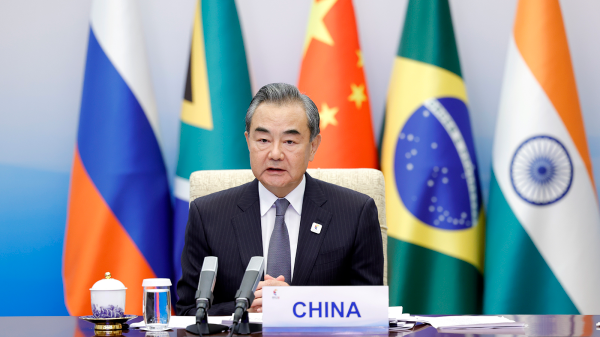 Chinese State Councilor and Foreign Minister Wang Yi chairs the Meeting of the BRICS Ministers of Foreign Affairs via video link in Beijing, capital of China, May 19, 2022. /China's Foreign Ministry

Chinese State Councilor and Foreign Minister Wang Yi chairs the Meeting of the BRICS Ministers of Foreign Affairs via video link in Beijing, capital of China, May 19, 2022. /China's Foreign Ministry

Hosting a video conference of BRICS foreign ministers on May 19, Chinese State Councilor and Foreign Minister Wang Yi said the Global Security Initiative bridges the peace deficit and guides the way to solve global security dilemmas. He outlined many reasons why the pursuit of "absolute security" and "exclusive security" will not work, and how countries could go beyond the "you-win-I-lose" Cold War mentality in order to reaffirm respect and guarantee the security of every country.

Wang also said countries should oppose unilateral sanctions and practices of "long-arm jurisdiction," arguing that the principle of indivisible security must be implemented to promote a balanced, effective and sustainable regional security architecture. Ironically, this requires all states "to replace confrontation with dialogue, coercion with consultation, alliance with partnership and zero-sum with win-win" – regrettably, such kinds of cooperation remain elusive these days.

Regardless of which aspect of China's Global Security Initiative the regional states consider, the current status is still one of failure on many fronts. It is time for an adjustment of global mindsets, a change in security values and concerns, as well as time for a new beginning.

The search for global security remains the overriding concern for China and other BRICS nations. However, the definition of what constitutes security, and the strategies for attaining it, vary greatly in other parts of the globe. For instance, certain states in the West quest for the achievement of economic and military superiority, while others project power and influence by bolstering NATO's sense of purpose and common cause in Eastern Europe.

But it's not all doom and gloom yet. Despite the vehement anti-Russia talk in the West, it is never too late to stop these unhelpful practices, their mean PR imagery and "off with their human rights values" special. The only meaningful resolution to the current geopolitical turmoil some states are causing, particularly in Ukraine, is security cooperation and reconciliation, as well as dissociation with divisible outfits and insecurity demons. The states must cease seeking to destroy or discredit governments, convulse cultures and manipulate sovereign nations through military means, economic sanctions and intended collusion. 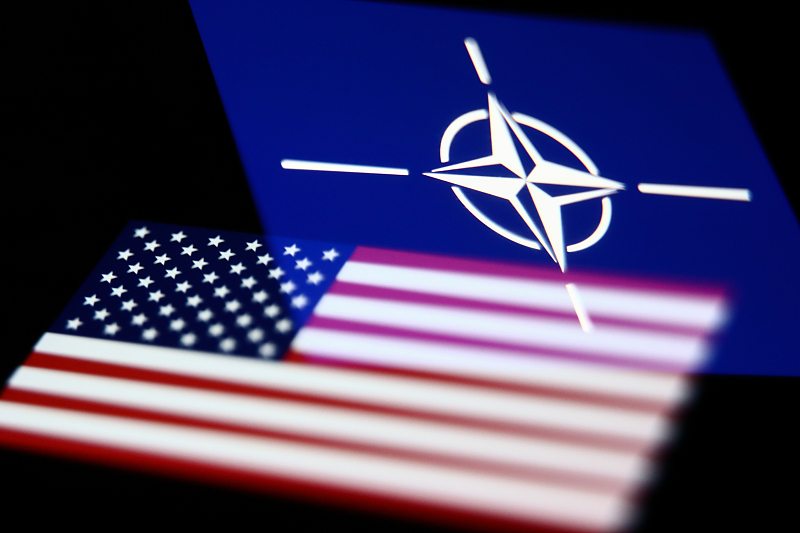 The powerful reason why the conflict in Ukraine is in such persistent disarray is that the U.S. and its NATO allies fund and arm the Ukrainians and they intend to keep it that way. They cannot break their war addiction. They want to bolster NATO. As maintained by Wang, Russia and Ukraine can overcome difficulties and should continue peace talks. NATO and the EU are better off engaging in a comprehensive dialogue with Russia rather than drumming up the conflict and glorifying it.

In this new mission creep, it is obstructive to weaponize international financial cooperation and coerce other countries to take sides. At a time when that hell on Earth is impacting international trade and supply chain, as well as food, energy and financial security, it is unhelpful to raise staggering billions of US dollars to arm Kyiv. With untold amounts of money already squandered on death and destruction, it's hardly mystifying that it's all a bonanza for war profiteers and the military-industrial-congressional complex.

The fatal flaw in Western foreign policy is that Russia hasn't been allowed constructive expression and dialogue in Europe thus far. Such disregard of inconvenient facts is one more powerful reason why the crisis in Ukraine drags on in its own insane and obscene ways.

China's Global Security Initiative can translate into the gift of peace on this wounded planet of ours. The parties involved are under obligation to form a broad coalition with a political and diplomatic, not military or self-interest, mandate. It would take diplomatic power, not military support, to bring this horror to an end.

Meanwhile, it is never too late to re-examine militarism’s role in this conflict. There is no anti-war dilemma here. The parties involved are expected to push to restart serious international negotiations to end the complex set of a multifaceted war. Negotiations must begin immediately. Everyone involved, on all sides, needs to be at the table as well, both for the security of the world and the future of the planet.

According to Wang, "absolute security" and "exclusive security" is a common threat to world peace and security. Those who believe in genuine multilateralism and oppose all kinds of unilateralism are under obligation to join hands in this new process. They stand to win if they work together to face commonly perceived problems and threats, such as terrorism and extremist far-right views, environmental and economic issues, as well as the use and abuse of the doctrine of security, human rights, freedom of speech and the press.

The divisive process of bloc entitlement and military overreach has been a waste of time and resources for many countries and generations. It will not translate into the gift of peace in Kyiv. It is time to give China's Global Security Initiative a chance, in dignity and with impartiality, which is a task as urgent as it is challenging in this moment of carnage in Ukraine.