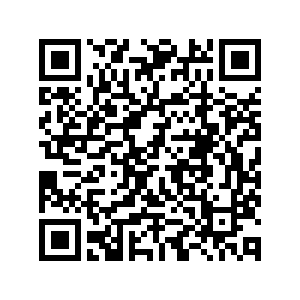 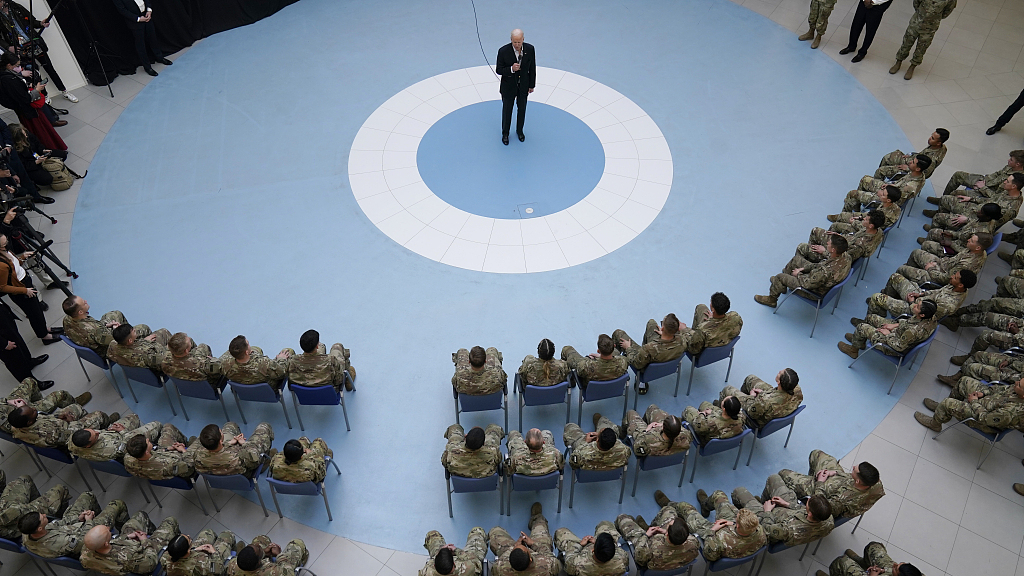 U.S. President Joe Biden speaks to members of the 82nd Airborne Division at the G2A Arena, in the border city of Jasionka, Poland, March 25, 2022. /VCG

U.S. President Joe Biden speaks to members of the 82nd Airborne Division at the G2A Arena, in the border city of Jasionka, Poland, March 25, 2022. /VCG

Editor's note: John Wight is a writer and political commentator. He is the author of Edinburgh Trilogy. He has also written a memoir Dreams That Die, telling his experience of Hollywood and participation in the U.S. antiwar movement in the run-up to the war in Iraq. The article reflects the author's opinions and not necessarily the views of CGTN.

Winston Churchill once said, "In wartime, truth is so precious that she should always be attended by a bodyguard of lies."

Over the three months of the conflict in Ukraine, we in the West have been subjected to a prolonged propaganda campaign that will be analyzed by future generations as the definitive campaign of its kind. It has been unrelenting and unceasing in its depiction of the conflict as pitting the absolute good that is Volodymyr Zelenskyy's Ukraine against Vladimir Putin's Russia.

The media, politicians, so-called military experts, all have exerted every sinew in bombarding us with this reductive and wholly inaccurate narrative. And all with the objective of persuading us to suspend disbelief and come aboard the good ship NATO.

Daily we are regaled with reports of low Russian morale, poor performance, huge losses of men, bad leadership, logistics problems and military setbacks. Upon taking a step back and surveying the facts on the ground, however, we are left in no doubt that the Russians have achieved significant results. In just three months they have taken Kherson, Melitopol, and most recently Mariupol to form a land bridge running from Crimea in the north all the way down to the recently-declared Donetsk and Luhansk in the south, knitting together a vast swathe of land through the aforementioned Russian-speaking cities.

As for the rest of the Donbass, the Russians have made some significant gains. They have enveloped large pockets of Ukrainian forces. Indeed at time of writing they have just managed to surround the city of Severodonetsk in Luhansk Oblast, the easternmost province of Ukraine.

Of course, there have also been setbacks; this is war after all. The recent attempt to take Kharkiv, Ukraine's second largest city, was successfully repelled by a Ukrainian counterattack, and the flagship of the Russian Black Sea Fleet, the Moskva, was sunk by two Ukrainian Neptune anti-ship missiles fired from the vicinity of Odessa, as claimed by the Ukrainian side. 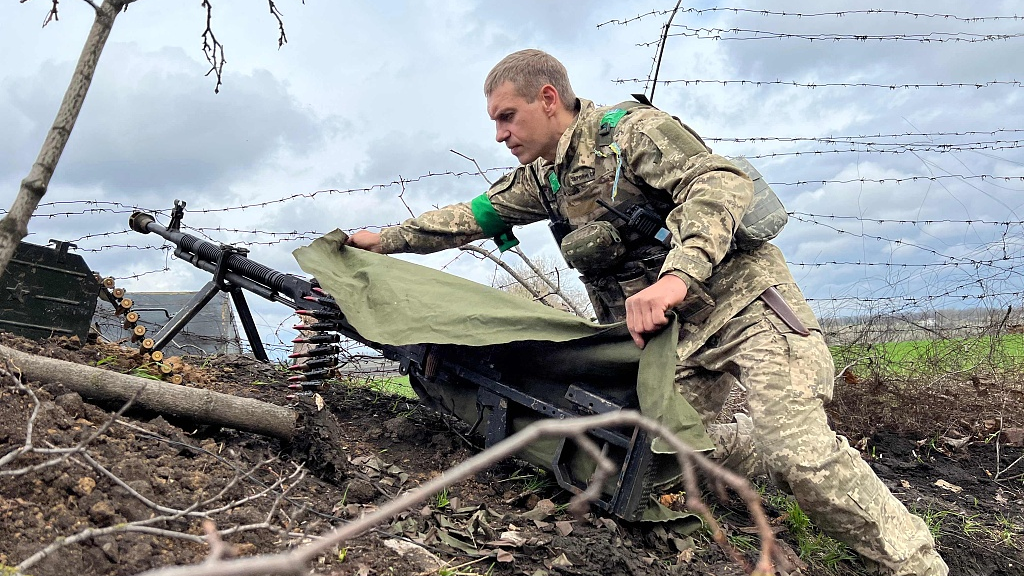 A Ukrainian army captain covers a machine gun at his position along the front line near Kharkiv, Ukraine, April 17, 2022. /VCG

A Ukrainian army captain covers a machine gun at his position along the front line near Kharkiv, Ukraine, April 17, 2022. /VCG

As for the claim that the Russians were defeated in the attempt to take Kyiv in the initial five weeks of the conflict, it is highly unlikely that this was anything other than a diversionary operation - one mounted to pin down Ukrainian forces near the capital and prevent them reinforcing the bulk of Ukrainian forces in the Donbass as the Russians were encircling them.

Ukraine, let us not forget, is the second largest country by land mass in Europe after Russia itself and Russia embarked on what the Kremlin has named a "special military operation" with a relatively small force of 200,000 troops and military personnel.

Given the challenges presented by a NATO-armed and trained Ukrainian standing army of 200,000 men, plus national guard and multiple volunteer battalions, no serious military expert or strategist could possibly label the performance of Russian military forces thus far with words such as "poor" or "disastrous," as supposed Western military experts have.

"The propagandist's purpose," Aldous Huxley helpfully reminds us, "is to make one set of people forget that certain other sets of people are human." What better way to understand the depiction in the West over many years of Russia, China, Iran, DPRK, Venezuela, Cuba et al?

Focusing for a moment on Russophobia and Sinophobia, both have long historical cultural roots in the West. Reams of books and movies have been produced characterizing both peoples and their cultural values not merely as inferior but as degenerate and malign. Today's campaign in this regard has only revealed that "degenerate" and "malign" are words that should be attached to Western ideologues - people who have erected in their minds a circle of human worth in which there is no place for the likes of Russia and China.

Only when this changes will peace and stability become the new normal in a world aching for both. Unipolarity in nothing and multipolarity in everything; this should be the objective of all right-thinking people.