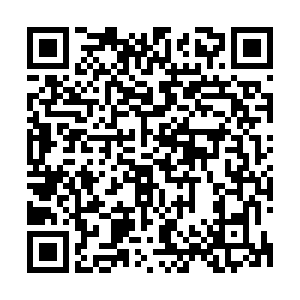 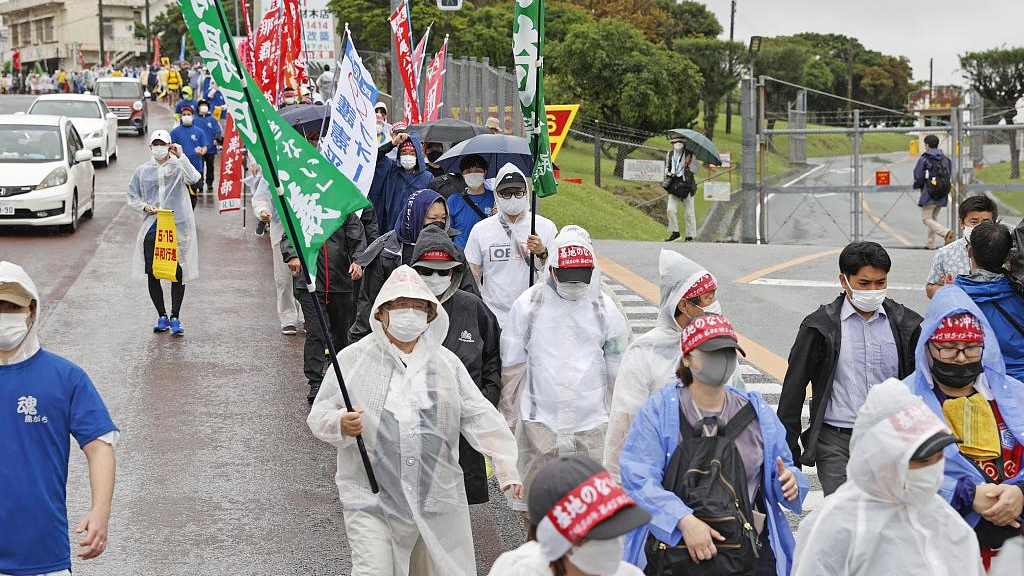 People walk in front of U.S. Marine Corps Air Station Futenma in the Okinawa Prefecture city of Ginowan, southern Japan, on May 14, 2022, during a peace march calling for the burden on Okinawa from hosting U.S. forces to be reduced, a day before the 50th anniversary of its reversion to Japan. /CFP

People walk in front of U.S. Marine Corps Air Station Futenma in the Okinawa Prefecture city of Ginowan, southern Japan, on May 14, 2022, during a peace march calling for the burden on Okinawa from hosting U.S. forces to be reduced, a day before the 50th anniversary of its reversion to Japan. /CFP

Last week, the Japanese island chain of Okinawa marked the 50th anniversary of the end of U.S. occupation and its return to Japan.

Preceding a planned visit by U.S. President Joe Biden to Tokyo that aims to strengthen bilateral ties and enhance America's economic footprints in the Indo-Pacific region, the anniversary turned the spotlight on the longstanding issues that Okinawa residents have had with the U.S. military, something that is nevertheless bound to be overshadowed by closer partnership between the two nations.

Okinawa, a string of tropical islands off far southwest Japan, suffered massive devastation in World War Two. Two months of bloody battles between U.S. and Japanese forces left as many as a third of its people dead. Then, nearly 30 years of U.S. rule followed.

On May 15, 1972, the islands were finally returned to Japan in what was seen as a hopeful step forward from the war's painful legacy. But today, despite accounting for only 0.6 percent of the Japanese population, Okinawa stills hosts the majority of U.S. military bases in Japan, a devil's bargain that has provided jobs but also fed worries about crime and military accidents.

Over the decades, the U.S. has constructed 33 military installations in Okinawa. The high concentration of troops and military equipment have polluted the environment, stunted economic growth while being responsible for a series of deadly accidents and assaults, including the murder and rape of women and teenagers.

According to the local police, from 1972 to 2015, 741 serious crimes involving U.S. military personnel or civilian employees of the U.S. forces or their relatives were investigated. But since the U.S. military stationed in Japan is granted privileges like extraterritoriality, U.S. service members usually go unpunished even after committing a crime.

Demonstrations calling for the reduction of burdens from the U.S. military have been a constant scene on the islands. A nationwide poll by broadcaster NHK this month found 80 percent of Japanese consider the current disproportionate distribution of U.S. forces "wrong" or "somewhat wrong."

In the face of the various misdeeds of U.S. troops stationed in Okinawa, the Japanese government typically has no other choice but to verbally express regret, helplessly hoping that U.S. troops will "never do it again" and making limited efforts to relieve the burdens on Okinawans.

One of the issues exemplifying the sense of helplessness felt by Okinawans is the planned relocation of Okinawa's Marine Corps Air Station Futenma, sometimes dubbed the "world's most dangerous base" due to its proximity to residential areas.

It is scheduled to move to less-populated Henoko, but many Okinawans want it transferred elsewhere in the country, with 70 percent of local voters rejecting the relocation plan in a non-binding 2019 referendum.

Yet the attempt to shovel the plan has proven futile. Construction in Henoko has continued nonetheless, with the Japanese government defending it as the "only possible way" to mitigate Futenma's dangers and maintain the Japan-U.S. alliance's deterrence.