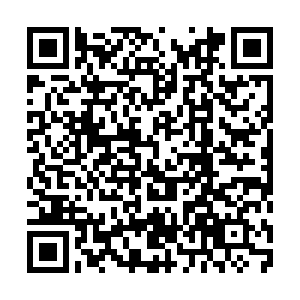 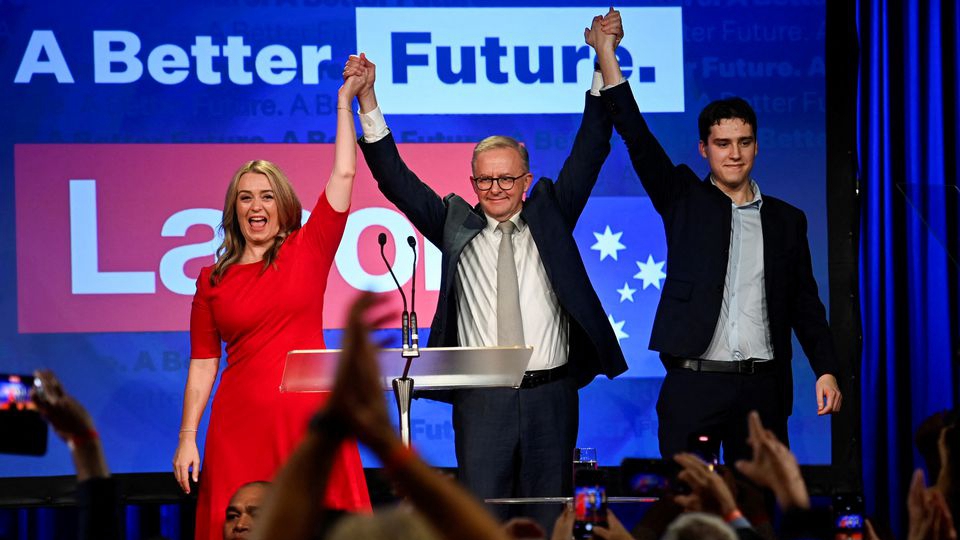 "I say to my fellow Australians, thank you for this extraordinary honor. Tonight the Australian people have voted for change," he said in an address to supporters.

The Labor leader said he wanted to unite the country and "end the climate wars."

Albanese said he aimed to be sworn in swiftly so he could attend a meeting of the Quad security grouping in Tokyo on Tuesday. He promised constitutional recognition and parliamentary representation for Indigenous Aboriginals, as well as the establishment of an anti-corruption commission. 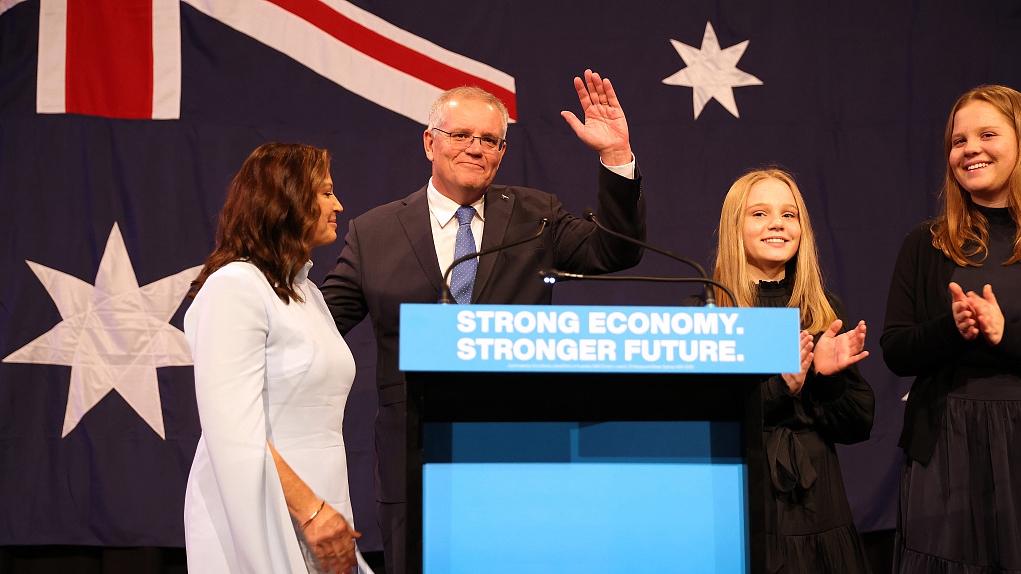 Conceding defeat, Morrison, who spoke to Albanese earlier to congratulate him on his election victory, took responsibility for the result and announced he would step down as leader of the Liberal Party.

"To my colleagues tonight, who have had to deal with very difficult news and who have lost their seats tonight, I, as leader, take responsibility for the wins and the losses," Morrison told supporters.

"As a result, I will be handing over the leadership at the next party room meeting to ensure the party can be taken forward under new leadership which is the appropriate thing to do," he said.

Partial results showed that while Labor had made small gains, Morrison's coalition had been punished by voters in Western Australia and affluent urban seats in particular.

The Greens and a group of so-called "teal independents," who campaigned on policies of gender equality and tackling climate change, put on a strong showing, tapping voter anger over inaction on the environment after some of the worst floods and fires to ever hit Australia. 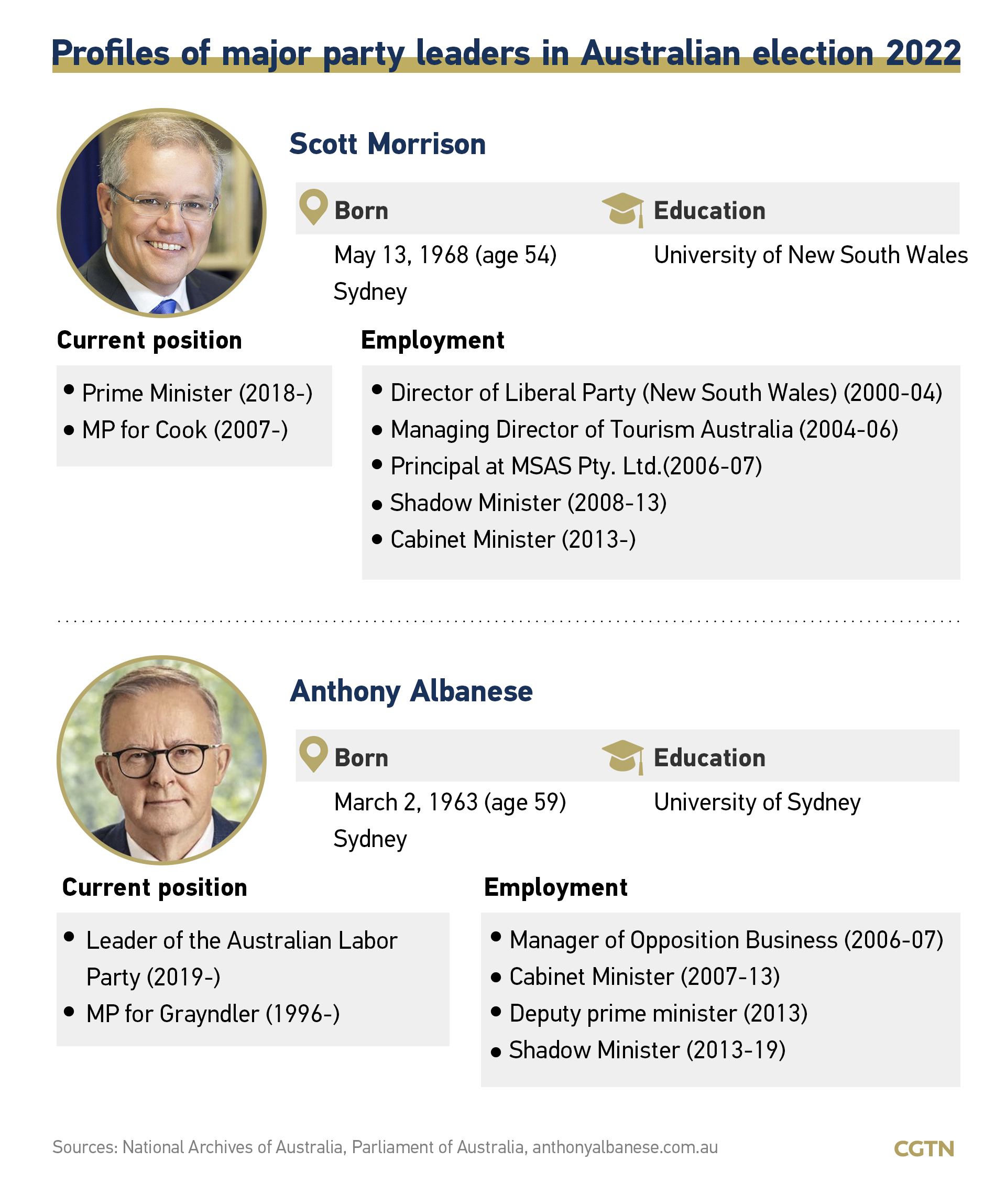 Labor has yet to reach 76 of 151 lower house seats required to form a government alone. Final results could take time as counting of a record number of postal votes is completed.

With 60 percent of the vote counted, Labor had 72 seats and Morrison's coalition 55. Independents and the Greens held 11, the Australian Broadcasting Corporation projected. A further 13 seats remained in doubt.

The center-left Labor held a decent lead in opinion polls before the election, although surveys showed the Liberal-National government narrowing the gap in the final stretch of a six-week campaign.

In one of the biggest hits to the government, Treasurer Josh Frydenberg said it would be "difficult" for him to hold the long-held Liberal seat of Kooyong in Melbourne against an independent newcomer.

With Morrison stepping down as party leader and Frydenberg likely to lose his seat, Defense Minister Peter Dutton – a former policeman from Queensland – was shaping up as favorite to lead the Liberals. 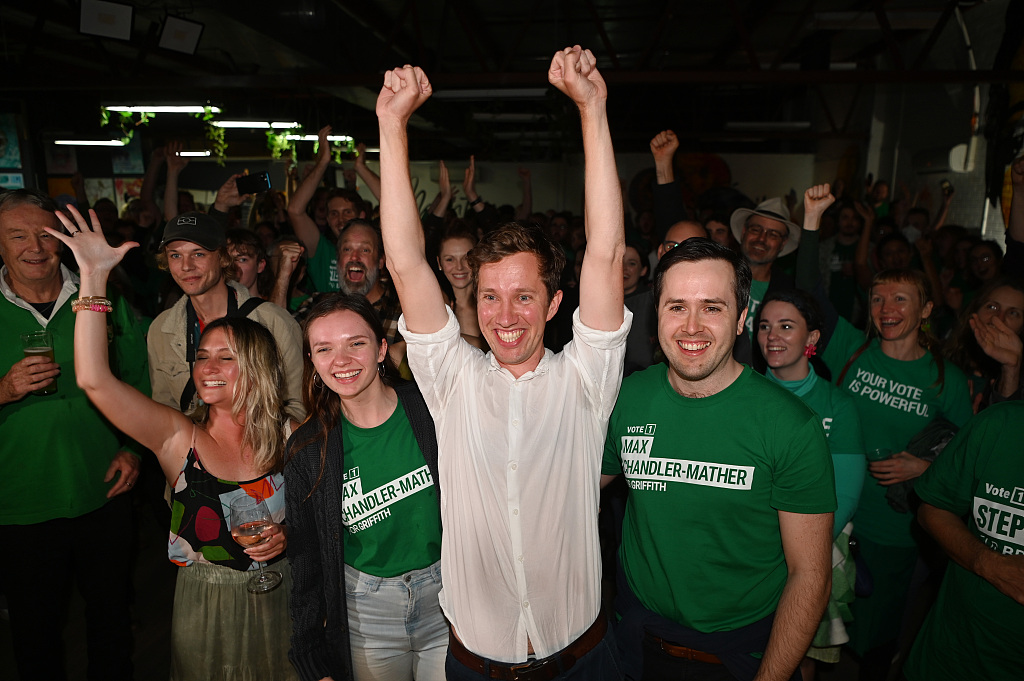 The Greens' Max Chandler-Mather celebrates winning the Queensland seat of Griffith in Brisbane, Australia, May 21, 2022. /CFP

The Greens' Max Chandler-Mather celebrates winning the Queensland seat of Griffith in Brisbane, Australia, May 21, 2022. /CFP

Early returns suggested the Greens had made ground, looking to pick up to three seats in Queensland.

"There was an attempt from Labor and Liberal to bury it, and we were very clear about the need to tackle climate by tackling coal and gas."