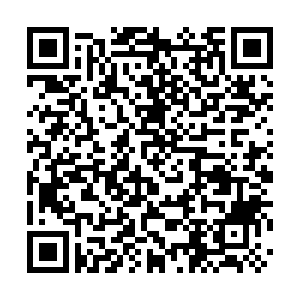 Audi released the advertisement on Chinese social media platforms Saturday. The same night, Mange, a blogger with nearly 4 million followers on short video platform Douyin, published a video accusing the brand of copying one of his video scripts from 2021.

In the video, Mange makes a frame-by-frame comparison between his video and the Audi advertisement, revealing that the wording between the two is almost exactly the same. This includes a poem the blogger says he composed on the same day last year, and he has record of him publishing the poem on his WeChat moments last year.

"I have worked in the internet industry for over 17 years, and it's the first time my work has been copied word for word for commercial usage," said the blogger, who graduated from the prestigious Peking University and focuses on producing educational content.

After the advertisement was released, some netizens left comments asking Mange if he had copied Audi's advertisement, which he said is very "confusing."

Audi issued an apology on Sunday morning over the plagiarism, and said it had removed the advertisement from all platforms.

The statement said that the video was produced by London-based ad agency M&C Saatchi, and Audi has demanded the relevant companies to address the copywriting infringement.

Audi is the main body of direct responsibility, rather than its so-called "lack of supervision and lax audit," said Yan Bing, director of Beijing Yuntong Law Firm, who was quoted by the 21st Century Business Herald.

Yan explained that a large manufacturer like Audi will formulate very strict intellectual property compliance clauses and a transfer mechanism for infringement liability when signing contracts with advertising companies, but it does not directly exempt Audi from its own responsibility.

The lawyer said that the acts of plagiarism in the incident should be considered as copyright infringement, and Andy Lau was not held accountable for advertising infringement.

Although Audi's advertising infringement incident will not involve Andy Lau's legal liability for the time being, it may have an impact on his reputation, Yan added. The lawyer suggested Audi properly handle the aftermath to avoid losses to the Hong Kong actor.

Chang Sha, an intellectual property lawyer and a partner of Beijing Jingdu Law Firm, said that the advertising agency is the creator of the advertisement and whether it bears tort liability for Peking University Mange depends on its contract with Audi, according to the 21st Century Business Herald.

"If the agency company is only the creator and does not ultimately enjoy the copyright, it does not need to bear the infringement liability, but it does not exclude the possibility that the company will be liable to Audi for breach of contract according to the contract," said Chang.

"If the company still retains the copyright of the advertising copy, it is necessary to jointly bear the copyright infringement liability for Peking University Mange together with Audi," Chang added.