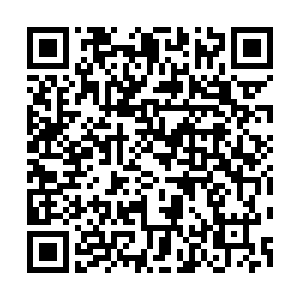 In the upcoming week, Iranian President Ebrahim Raisi is due to embark on his first official trip to Oman and U.S. President Joe Biden continues plugging his Indo-Pacific strategy when visiting Japan.

Also, the annual meeting of the World Economic Forum (WEF) will return to the Swiss ski resort of Davos.

At the invitation of Oman's Sultan Haitham bin Tariq Al Said, Ebrahim Raisi will pay his first visit as Iranian president to Omani capital Muscat on Monday to discuss bilateral economic, political and cultural relations, the president's website said in a statement on May 21.

Raisi is scheduled to meet the sultan of Oman, sign cooperation documents, and meet Iranians residing in the Arab state as well as Omani traders and businessmen during the one-day visit, according to the statement.

Separately on May 21, Iranian state news agency IRNA reported that Iran has agreed to revive a long-stalled project for a pipeline to carry Iranian gas to Oman, according to Reuters.

The project was delayed by price disagreements and U.S. pressure on Oman to find other suppliers before the United States withdrew from a 2015 nuclear deal between world powers and Iran, and reimposed sanctions in 2018.

Tehran and Washington have held indirect talks in Vienna over the past year to revive the nuclear agreement which led to the lifting of sanctions, but the negotiations have stalled.

U.S. President Joe Biden headed to Japan on May 22.

After talks with Prime Minister Fumio Kishida in Tokyo on Monday, Biden will "launch" the administration's Indo-Pacific Economic Framework (IPEF), which seeks to set standards on issues such as labor, the environment and supply chains.

He is to be joined in-person by Kishida for the announcement, and virtually by a number of other Indo-Pacific countries, according to the White House.

Formed with Australia, India, Japan and the United States, the Quad was an initiative revived by the Trump administration, which the Biden administration has elevated to a leadership level. There have so far been three summits, two of them virtual.