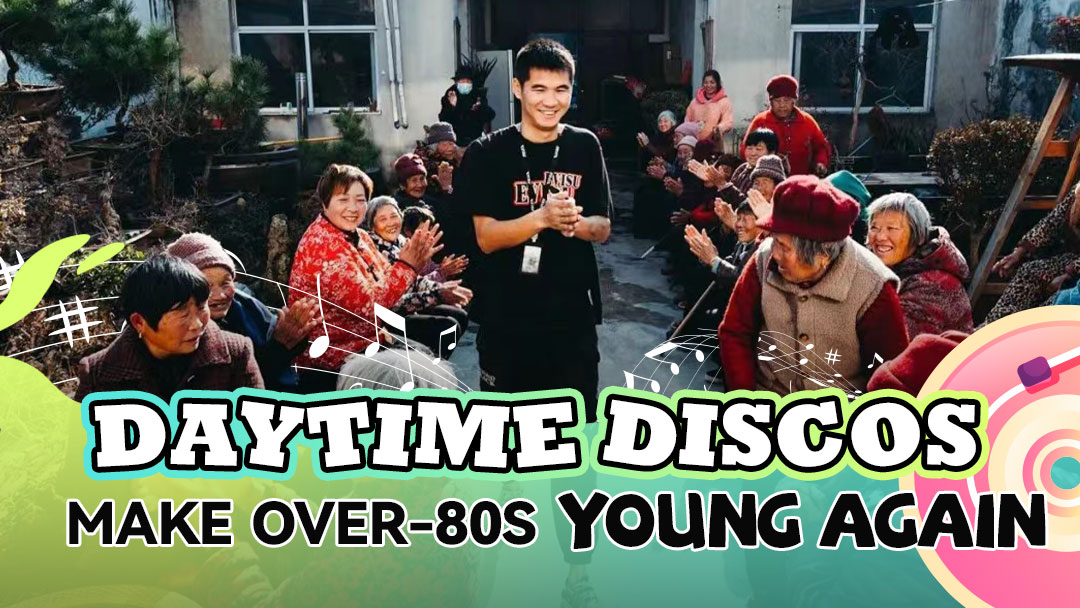 Before the sun sets, dozens of silver-haired people immerse themselves in loud disco music, swiveling, shuffling and hopping in a backyard a little larger than a basketball court in the village of Maoyingzi, located in east China's Anhui Province.

Unlike the hugely popular "square dancing," which has become a ubiquitous symbol of elderly life in Chinese metropolises, their movements are out of sync for the most part. For these men and women, trying to catch up to the sound of the beat is all that matters.

Wang Ruizhi, an 84-year-old, says disco dancing has become an important part of her life.

"Even on rainy days, I go dancing as long as the rain is not too heavy," said Wang. "Fast disco music makes me feel energetic. My children are quite happy about that."

Wang didn't take much interest in disco dancing until a 27-year-old villager, Wang Mingle, asked if she wanted to have a try.

Like most young people in the village, Wang had ventured out of the village in search of better opportunities. After working in Beijing for over a decade, he decided to go home in 2020 because of the highly competitive job market, which has become an increasingly common trend in major Chinese cities in recent years.

In his hometown, Wang now works as a driver for ride-sharing apps while selling local specialties such as steamed rice noodles and goose eggs online.

"On my way back home after work one day, I saw old people sitting by their doorsteps in a daze, seemingly out of profound boredom," said Wang. "Their eyes looked empty."

"Elderly people in the village do not have many entertainment options apart from playing poker. After they finish farm work, they can't even find a person to talk to as most of their children have moved to big cities."

Wang felt distressed when he noticed how lonely these people were. It reminded him of his mother, who passed away a few years ago. In her spare time, she would always keep them company and would even invite them for dinner at times.

"I really miss her,” said Wang.

"And I began thinking about what I could do for them to make them feel less lonely. I wanted to prove to my mom that her son was doing something meaningful."

In 2020, Wang came across DouYin, the Chinese version of TikTok. As short videos began dominating China's online space, he came up with the idea of organizing dances for the older generation in the village, recording them and uploading the videos to the platform.

"At first, they were very shy and reluctant to dance in public," said Wang, "But I asked them if they could do me a favor and help me to make a short video, they agreed."

As more seniors in the village joined the nightly dance party, the music grew louder.

"Sometimes I think of my mother when I am with them. She would be happy seeing this." 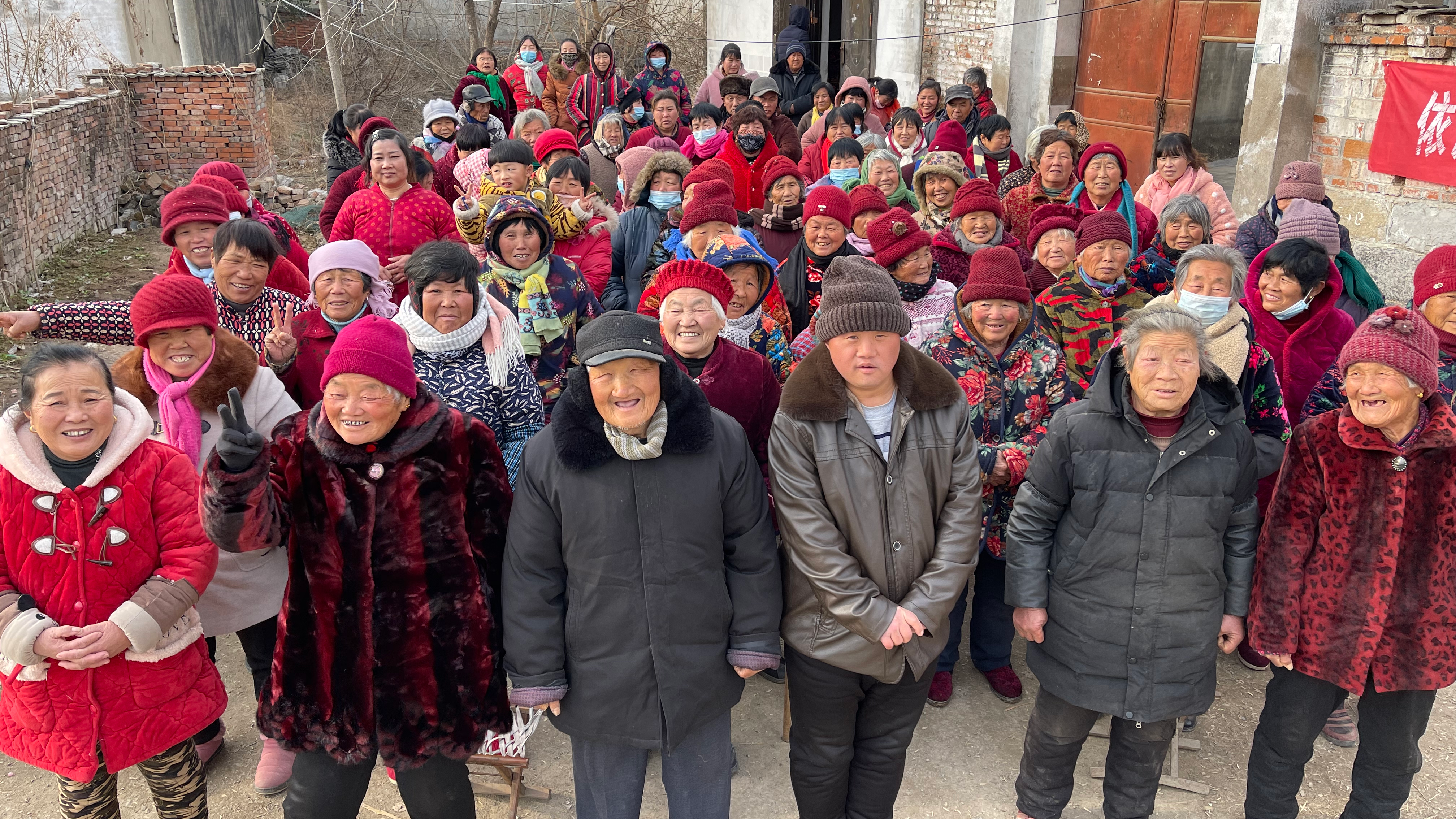 In China, "Kong Chao Lao Ren," or "empty-nester elderly" refers to a group of elderly people with no children or whose children have left home. By tradition, the older generations in a Chinese family should be looked after by their offspring. But as an increasing number of young people flock to cities, they are left with only themselves for company for most of the year.

As of 2021, around 41 percent of China's 293 million migrant workers remained in the vicinity of their hometowns, often within the same province or even county, while 59 percent worked at more distant places, far away from their homes. The government has said there will be a record 16 million people looking for jobs in urban areas this year. As a result, the number of empty nesters will likely increase.

Compared with those whose children are around, empty nesters are a more vulnerable segment of the population. During long periods of separation from their children, they are more likely to be affected by financial inadequacy, lack of physical care and emotional support.

Studies show that depression is more common among these seniors in rural China compared with those living with their children. In addition, the suicide rate among the rural elderly is the highest among all age groups in China, according to a study published online by Cambridge University Press in 2018.

Researchers have found that the level of loneliness is an important factor affecting how likely these empty nesters are to develop symptoms of depression.

"As people grow old, their social ties loosen," said Huang Jisu, a former research fellow from the Chinese Academy of Social Sciences. "Dancing helps these elderly people reconnect with people around them."

"Dancing prompts elderly people to exercise regularly and live healthier. To some extent, it helps to reduce the frequency of going to the hospital," said Huang, who has been dancing ever since retiring 10 years ago.

"For elderly people in rural areas, medical expenses can still be a cost. So basically, it saves money for them. At the same time, it helps to reduce the burden on the national medical insurance system."