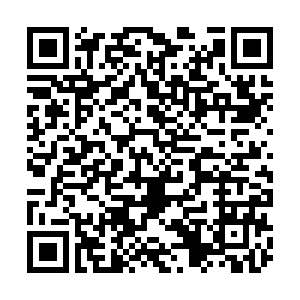 To prevent another mass shooting like the one at a Buffalo supermarket on May 14, U.S. scholars urged the necessity of improving mental health care,  digital literacy and gun control policies.

Taking the Buffalo tragedy as an example, U.S. scholars highlighted the role of mental health care, gun control policies and digital literacy in preventing future terrorist attacks in an article titled "Three Factors Drive Rightwing Violence. We Can't Solve the Problem Without Addressing All of Them," which was published on the Times on May 19.

The Buffalo shooter is said to have been recently held for a mental health evaluation. Meanwhile, based on interviews of violent extremists, a research team at the Harvard T.H. Chan School of Public Health concluded that debilitating mental illness may not be part of every extremist's story, but a struggle with mental health is common among them.

Acknowledging the Buffalo shooter's wish to protect the "white race" from a perceived threat posed by other races, the research team said, "These fears are based on perception, not reality, and are no justification for heinous acts of hate."

Also, noting the Buffalo shooter's attempt to rally Americans to gun violence, the research team stressed that, "We need to advocate for the kinds of gun control policies."

Admitting that there is no single answer to the problems mentioned above, the research team said something can still be done to prevent new tragedies.

We need to support policy decisions that will increase the availability of mental health clinicians, the research team said. We also need to improve digital literacy, which might have prevented the Buffalo shooter from believing the false narratives he found online.

We also need to advocate for the kinds of gun control policies that more than half of Americans support, the research team added, noting that preventing future terrorist attacks of all kinds will require policy changes on all these fronts.

According to a report released by the Bureau of Alcohol, Tobacco, Firearms and Explosives (ATF) on May 17, the first comprehensive federal tally of gun commerce in two decades, the annual number of firearms manufactured in the U.S. has nearly tripled since 2000, spiking sharply in the past three years.

The findings "painted a vivid statistical portrait of a nation arming itself to the teeth. Buyers capitalized on the loosening of gun restrictions by the Supreme Court, Congress and Republican-controlled state legislatures," The New York Times reported on the same day.