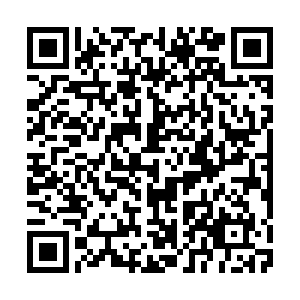 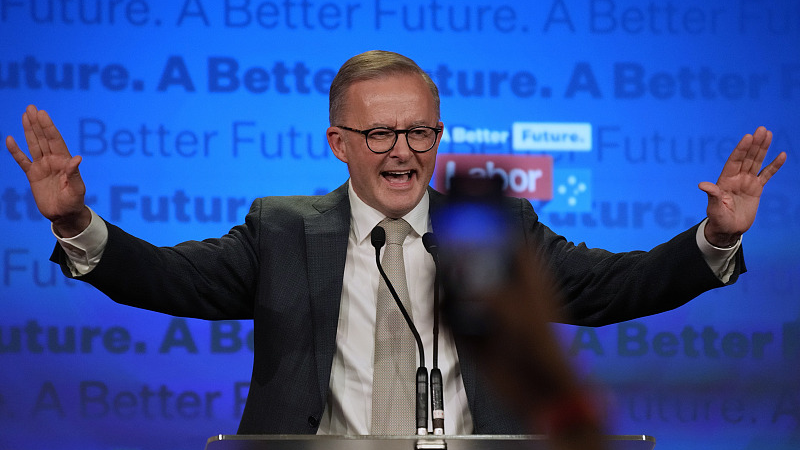 Australia's election returned the result of the Austrailan Labor Party coming to power. At this point it's unsure whether the Labor Party will be able to secure a majority government, or whether it will need to negotiate on matters of policy with independents or smaller parties.

The election was a thorough rejection of the values of the Liberal/National coalition in many areas of policy such as environmental policy and gender equality policy. It saw the defeat of many high-profile Liberal Party members of parliament.

Anthony Albanese will become the new prime minister of Australia with the cabinet to be announced on May 25. The new government has promised a new style of politics eschewing cynicism in favor of consensus and unity based approaches. The former Australian Prime Minister Paul Keating was famous for saying, "Change the Government, Change the Country," but what will really change about Australia with the change of government?

Aside from trying to form a majority in parliament, the new government will immediately face a number of difficulties. From a political standpoint, less than one in three people voted for the Australian Labor Party as their first preference and the party actually lost vote share compared to 2019, becoming the government only because the Liberal/National coalition lost even worse.

The Australian electorate has significantly fragmented with a substantial number of independent and minor party candidates gaining prominence. This places the new government in a vulnerable position. With Australia's electoral cycle being only three years, the government already has one nervous eye on the 2025 election.

Australia is currently beset by economic instability. Record levels of inflation, by recent standards, created major living cost pressures and contributed heavily to the fall of Scott Morrison's Liberal/National government. Australia has one of the highest levels of debt per person in the world, a cause for concern as interest rates in Australia will likely continue to rise in 2022 and onward. Wage growth has been sluggish and significantly below the level of inflation for a long time even in an economy with historically low unemployment.

As an opposition party, it was easy for the Australian Labor Party to use these economic facts as a stick with which to beat the Liberal/National government. But these pressures will remain when the new government takes office.

After deciding to "live with the virus" and liberalize any systems of control, Australia is now the most infected country in the world per capita and that's before heading into its winter cold and influenza season. Lost work days caused by widespread illness are likely to plague Australia's attempts at economic recovery.

With the Russia-Ukraine conflict likely to define 2022, Australia's fuel and fertilizer dependent economy will continue to be hard hit by the soaring prices of these commodities and the knock on effect they have on cost of living pressures.

It's possible that a Labor government will be less enthusiastic about the Morrison government's ill-fated military support of Ukraine. It may confine itself to rhetorical virtue signalling rather than converting public money into easy targets for the armed forces of the Russian Federation. None of this will alter the self-defeating impact that Western sanctions are having on the global economy right now as the world edges into a food crisis. 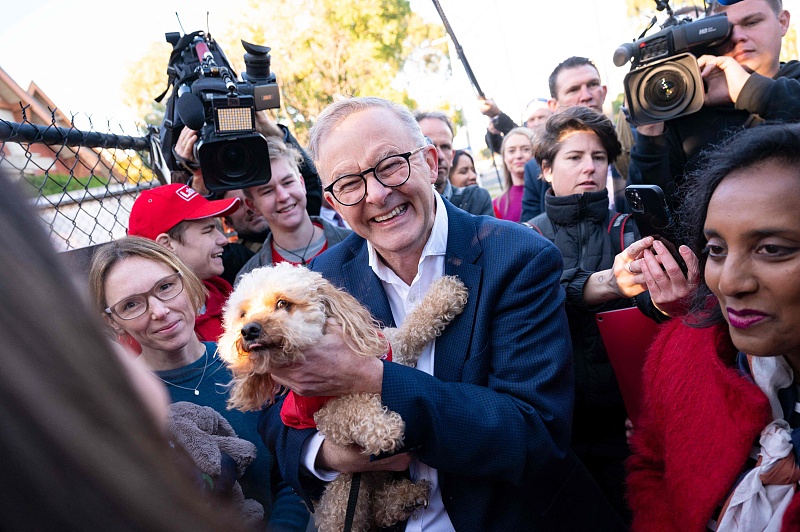 Opposition Labor Party leader Anthony Albanese (C) greets supporters at a polling station during Australia's general election in the suburb of Carnegie in Melbourne, May 21, 2022. /CFP

Opposition Labor Party leader Anthony Albanese (C) greets supporters at a polling station during Australia's general election in the suburb of Carnegie in Melbourne, May 21, 2022. /CFP

Could the new Labor government try to improve relations with China as a road out of its economic instability? It could, but I wouldn't be too optimistic. The Australian Labor Party has normally echoed the former government's hawkish rhetoric on China.

China is likely to show patience with the new government as it did with the incoming Biden administration in the United States and hope that it isn't similarly disappointed by a continuation of aggression from the Australian side. But most of the key drivers of Australia's policy negativity toward China have not been affected by this election result.

Anti-China slogans were widespread across the political spectrum during the recent election campaign, with Australian politics seeming to have trapped itself into a position where no candidate can afford to be seen as anything other than aggressive.

It would be a bold move for the new government to adopt a more pragmatic and balancing approach to China in contrast to the confrontation that defined the former Australian Prime Minister Malcolm Turnbull's and then the Morrison coalition governments, leading the electorate to a better thought space.