Download
Wang Yi: U.S. Indo-Pacific strategy is bound to be a failed one
CGTN 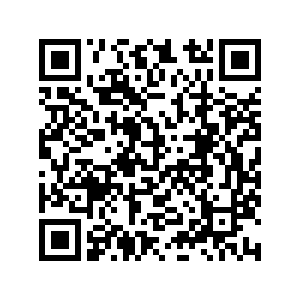 The U.S. Indo-Pacific strategy is causing more and more vigilance and concern in the world, especially among the countries in the Asia-Pacific region, said Chinese State Councilor and Foreign Minister Wang Yi on Sunday.

He made the remarks during a joint press conference with Pakistani Foreign Minister Bilawal Bhutto-Zardari in Guangzhou City, south China's Guangdong Province.

The White House said U.S. President Joe Biden will announce the launch of a new regional initiative, the Indo-Pacific Economic Framework (IPEF), during his visit in Japan.

The strategy seeks to erase the cooperation architecture that has worked well in the region, as well as the achievements and momentum of peaceful development created by the concerted efforts of all countries in the region over the past decades, he said.

Noting that the trend of the times in the Asia-Pacific region is to advance regional integration and build an Asia-Pacific community with a shared future, he said the region has maintained overall peace and stability, with GDP growth reaching 6.3 percent in 2021 against the impact of the COVID-19 pandemic.

The Indo-Pacific Strategy concocted by the U.S. is called "freedom and openness", but is keen on forming cliques; it claims to "change China's surrounding environment" in an attempt to contain China, he said.

Facts will prove that the so-called Indo-Pacific strategy is in essence a strategy to create division, to incite confrontation and to undermine peace, he added.

He stressed that like other countries in the region, China welcomes initiatives that are conducive to strengthening regional cooperation, but opposes attempts to create division and confrontation.

Which category does the U.S. Indo-Pacific Economic Framework fall into, he asked.

Conducive initiatives should promote free trade and not engage in disguised protectionism, he said, adding that Asia is a region with high acceptance of globalization and free trade and has gained outstanding achievements.

In line with WTO rules, the Regional Comprehensive Economic Partnership agreement (RCEP) has been launched, a regional cooperation platform with ASEAN at the center has been set up, and all these have greatly promoted regional trade and investment liberalization and facilitation, he said.

Conducive initiatives should contribute to world economic recovery and not undermine industrial chain stability; they should promote openness and cooperation instead of creating geopolitical confrontation, he added.

Highlighting China advocates, promotes and upholds cooperation in the Asia-Pacific region, he said that the country has no geopolitical self-interest, only sincerity for solidarity and cooperation.

China's huge market of 1.4 billion people will continue to be fully opened up to countries in the region, and the road of mutual benefit and win-win outcomes will be even broader, he added.