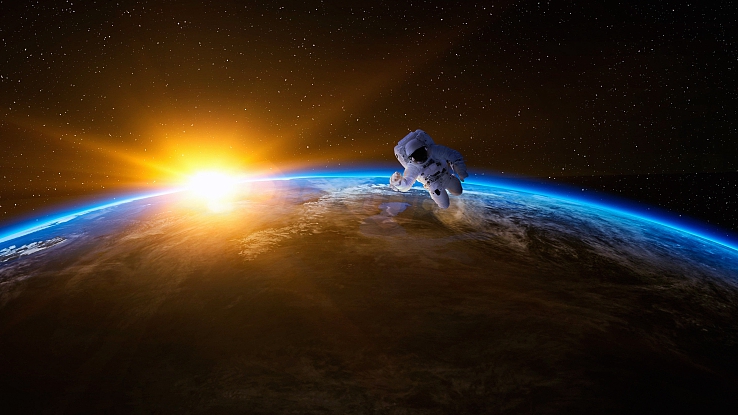 Humans have evolved under the constant influence of gravity. /CFP

Humans have evolved under the constant influence of gravity. /CFP

Spaceflight, apart from exploring the unknown universe, can also help us, the inhabitants of Earth, understand how gravity affects our brain's visual perception.

Humans have evolved under the constant influence of gravity, though we usually don't notice it.

Human brains can identify a living creature based on its movements, but it's hard to do upside down. However, to what extent does this phenomenon is shaped by the Earth's gravitational field is still unexplored.

They found that a prolonged period spent in microgravity diminished people's tendency to be highly sensitive to biological motion but less sensitive to its inverted counterpart.

In the experiment, six astronauts, including two females, were exposed to microgravity conditions for 13 or 15 days during and after the spaceflight, according to the study published recently in the journal Nature Communications.

The findings suggest that the Earth's gravity plays a pivotal role in sustaining the visual system's orientation-dependent tuning to biological motion signals.

The researchers also conducted a ground-based spaceflight analog experiment, making a group of healthy participants complete similar tasks before, during and after 45 days of six-degree head-down tilt bed rest. The results supported the findings from the space experiment.

They also administered the tasks in two ground-based control experiments, with one group isolated in a simulated space capsule for 30 days and the other in a regular lab environment.

It shows that non-gravity-related environmental factors cannot lead to a reduction of the inversion effect, according to the study.

However, such sensitivity changes are not recorded for face perception, meaning that even in microgravity, people recognize upright faces quicker than inverted ones. It highlights the particular role of gravity in regulating kinematic motion analysis.

The researchers suggested that throughout human beings' evolutionary history, they learned to utilize gravity for visual motion analysis of biological organisms and their own bodies.

When escaping from the Earth's gravity, people can recalibrate their brain connectivity to provide an adaptive mechanism that helps us better accommodate altered environments, the researchers said.