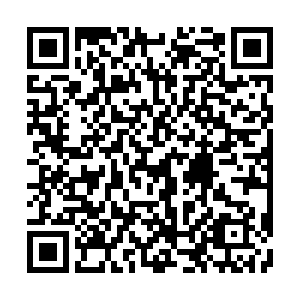 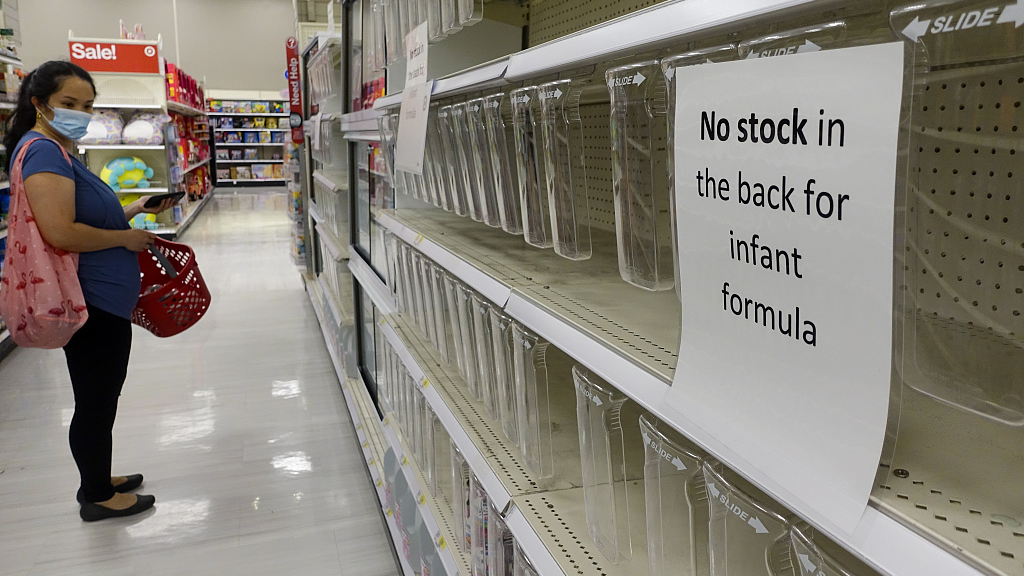 A notice says "No stock in the back for infant formula" in a supermarket in New York, U.S., as the City Mayor Eric Adams declares a state of emergency amid nationwide shortage of infant formula on May 22, 2022. /CFP

A notice says "No stock in the back for infant formula" in a supermarket in New York, U.S., as the City Mayor Eric Adams declares a state of emergency amid nationwide shortage of infant formula on May 22, 2022. /CFP

The United States has been struggling with a severe shortage of infant formula for months.

Initially caused by supply chain blockages and a lack of workers due to the pandemic, the shortage was exacerbated in February when, after the death of two infants. Abbott, a global healthcare company is the biggest U.S. supplier of powder infant formula. One of their plants was shut down in February, sparking the crisis.

Consumers reported four infants who were sick, including three with Cronobacter sakazakii infections and one with Salmonella newport, who had been fed formula products made at the plant.

Abbott announced a "voluntary recall" for formula made at its factory in Michigan.

Regulators forced the company to shut down that location to resolve complaints it did not adequately protect against contamination from bacteria.

There was standing water in key equipment "that present the potential for bacterial contamination," leaks in the roof and a lack of basic hygiene facilities such as for washing hands, he said.

FDA teams concluded there was a weak culture of safety in production for an "essential" good, he said.

A top Abbott official apologized on Wednesday to U.S. families affected by the baby formula shortage, acknowledging the manufacturer of the essential product "let you down."

"We are deeply sorry and are committed to making sure that a shortage like this never happens again," said Christopher Calamari, the senior vice president of nutrition, in testimony before Congress.

He said "it will take time" to regain families' trust, but the company is doing everything it can to resolve the crisis.

However, Calamari said, "we continue to believe that there is no conclusive evidence to link our formula" to the infant illnesses and deaths blamed on the bacteria Cronobacter sakazakii.

Though the organism was found in certain areas of the Michigan factory, the samples were taken from areas that "do not come into direct contact" with the formula, he said.

Abbott's Michigan plant is one of the largest formula factories in the United States, and produces specialized recipes for children with certain allergies or metabolic conditions.

The FDA said it has made a series of visits to the Sturgis, Michigan location, the last on March 18.

"We knew that ceasing plant operations would create supply problems but we had no choice given the unsanitary conditions," Califf said.

The FDA director acknowledged that the investigation was slow to start, which he blamed on the pandemic. He said the agency could not start the probe until late January because of Abbott employees testing positive for COVID-19.

The agency's process was "too slow" and lacked coordination, Califf admitted, but there was no "intentional delay."

The crisis has gotten so bad that President Joe Biden announced last week that the U.S. government would fly in formula on commercial planes contracted by the military. Biden also invoked the Defense Production Act to give baby formula manufacturers first priority in supplies.

The first military plane carrying more than 31 tonnes of formula from Germany landed on Sunday at an airport in Indiana.