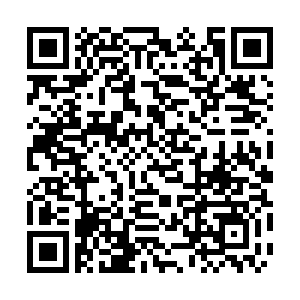 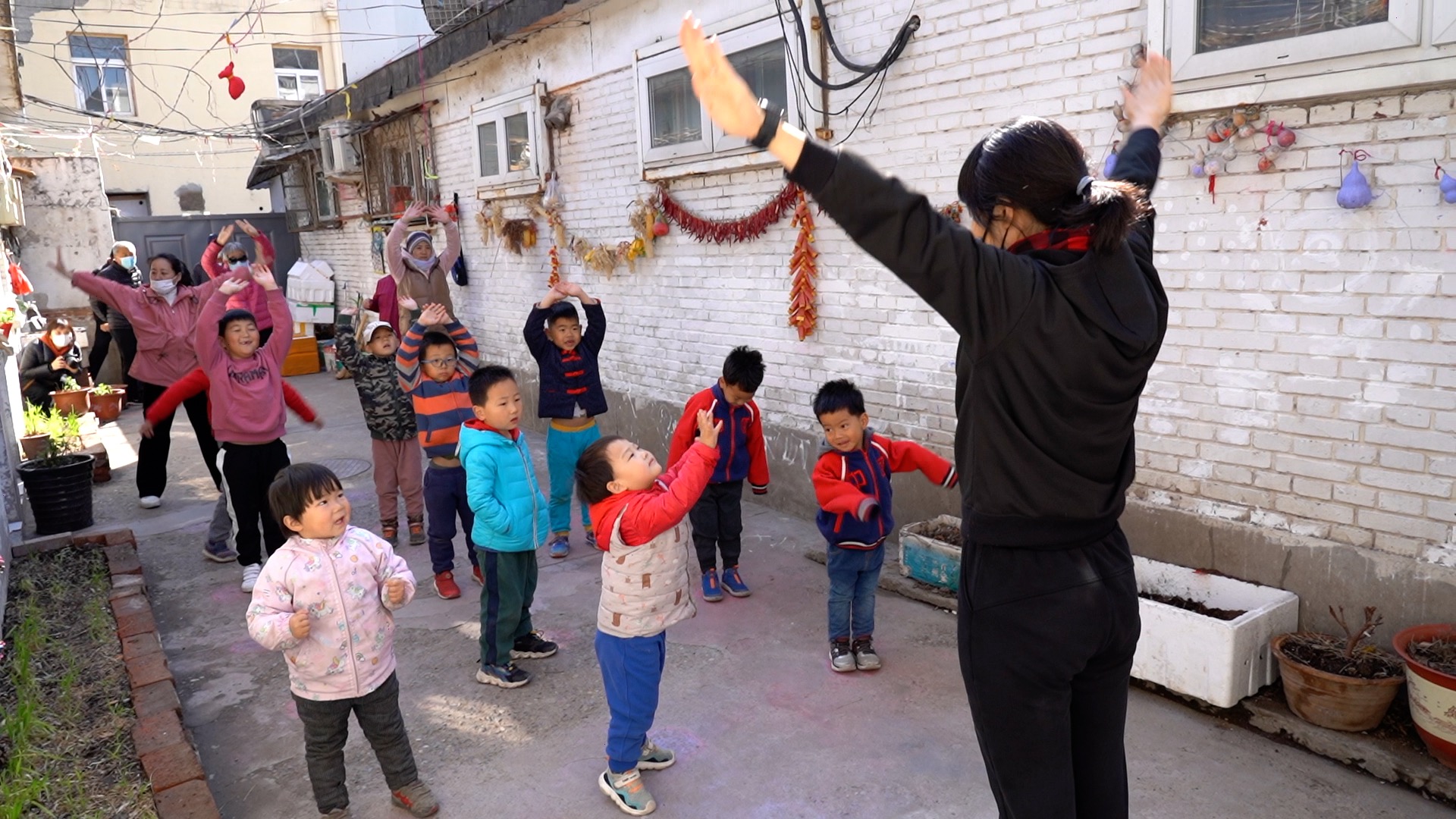 Doudou always wears a friendly smile as he observes the surrounding environment. Before coming to Sihuan Playgroup, which is named after its initial location in Sihuan Alley, western Beijing, the 3-year-old rarely played with other children.

"Just two weeks after he came here, my son became much more independent and learned to say goodbye to others," said Doudou's mother. "It went beyond my expectation that he was a little bit outgoing than before." 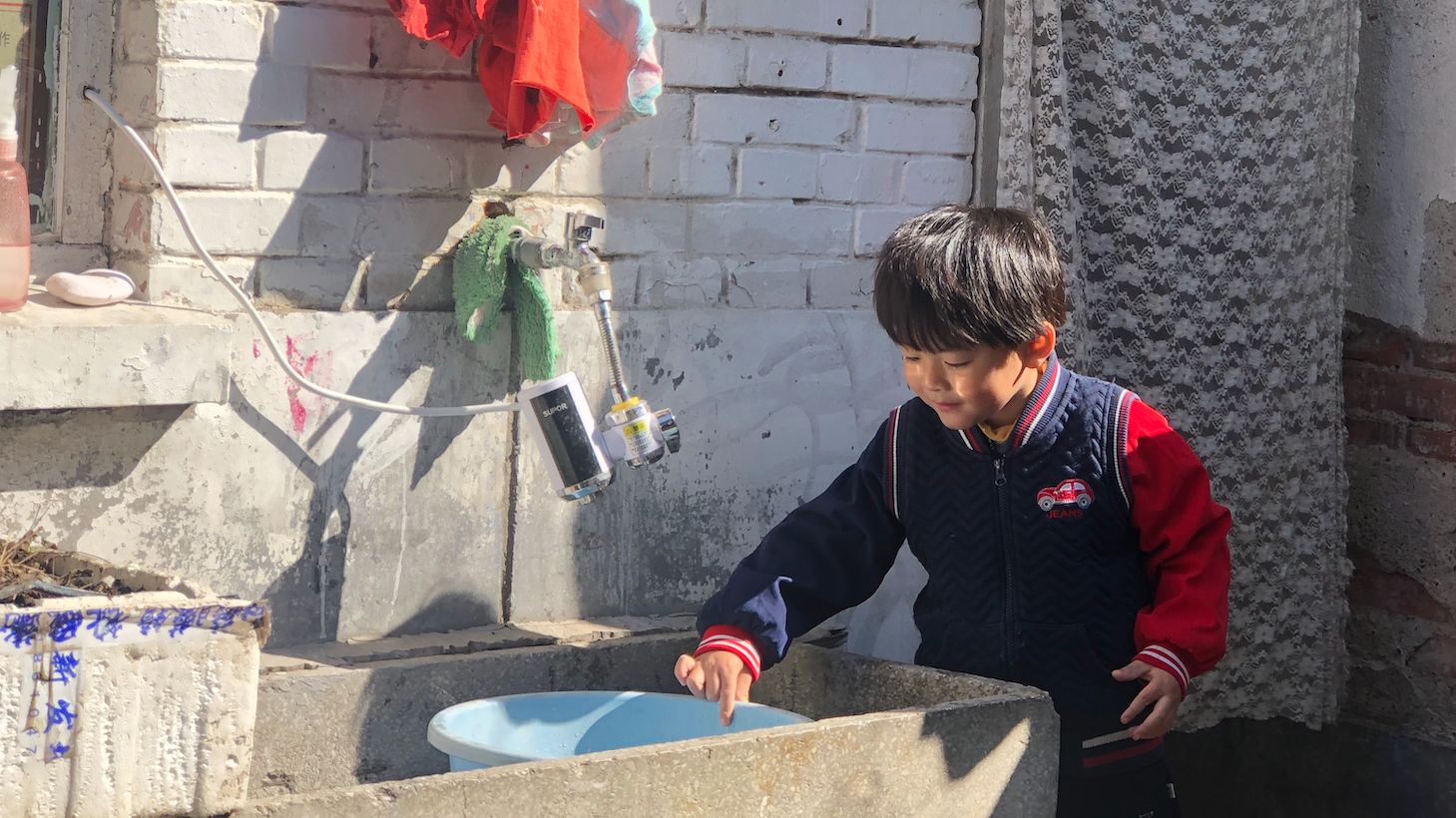 Doudou in the courtyard of Sihuan Playgroup, April 1, 2022. /CGTN

Doudou in the courtyard of Sihuan Playgroup, April 1, 2022. /CGTN

A playgroup is a type of preschool childcare in the form of regular meetings organized by their parents who would take part in supervised creative activities and social play. The concept originated in the UK during the 1960s. Since then, other countries such as the U.S., Japan and Australia also came up with their own versions.

For some parents whose children are older than three, Sihuan has been the better alternative to a public kindergarten, where their children had largely failed to adapt due to separation anxiety or unwillingness to speak and express feelings.

Other parents are attracted by the idea of directly interacting with their children through activities such as sports, book reading and field trips.

"The participation of family in preschool education is essential to promoting educational innovation," said Liu Jiqing, researcher from the Beijing Academy of Educational Sciences.

In 2021, the number of kindergartens in China reached 295,000 while the preschool enrollment ratio for children between three to six exceeded 88 percent, according to the Ministry of Education.

Yet, many still do not have access to affordable and convenient childcare services. Data from the National Health Commission from last year shows that among approximately 42 million children under the age of three in China, only 5.5 percent can receive such services.

Research by the Chinese Academy of Social sciences shows that high cost of childcare, partially due to high rent in shopping malls or office buildings where most city childcare institutions are set, makes some young Chinese couples hesitate about having children.

Currently, the government is aiming to revamp family education policies and expand educational venues for kindergartens and communities, according to the five-year plan released in April by the State Council.

In Sihuan, parents become unofficial preschool teachers after receiving specific training in fields, such as communicating with children, from staff at the Beijing Normal University. They also share experiences and discuss the problems they encountered during weekly and monthly meetings.

Zhang Yixue, who has been with Sihuan for four years, still remembers her first day.

"At first I was worried if children could adapt to such an environment. But it turned out that my second child grew up well here," said Zhang.

Sometimes parents tend to overprotect, and that can be counterproductive in their children's personal growth, she added.

Eighteen years ago, Zhang Yan and her students at the Beijing Normal University were conducting research at the Sihuan market when they came across a group of children idling around, seemingly without a place to be. After learning their parents were migrant workers who couldn't take care of them during daytime, they decided to provide them with a place where volunteers would help with basic childcare.

"Like most parents, migrant workers are worried about their children's education but have little experience about it," said Zhang Yan, former professor at the Faculty of Education at Beijing Normal University, who founded the Sihuan Playgroup with four student volunteers.

"It helped our research in early childhood education and care at the time, on the other hand, migrant workers can get some help in parenting skills and their children could be taken care of."

As China's rural economies began to take off in recent years, many migrant workers have gone back to their hometowns together with their children. In 2010, Sihuan moved to a yard in Dabanjie Alley. Some mothers, whose children were having a good time at Sihuan, became volunteer teachers.

"The form of preschool playgroup increases the participation of full-time moms and stay-at-home dads," said Zhang Yan. "For grandparents who get less involved in society after retirement, they can find a sense of social value here." 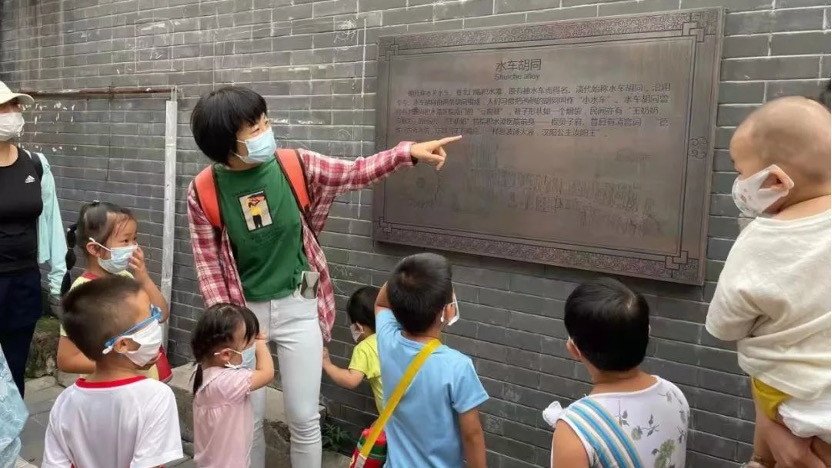 "Although Sihuan is not as spacious as public kindergartens, the world beyond Sihuan is a better classroom," said Li Yuanxiang, the legal representative and former preschool teacher at Sihuan.

"The public library, historic alleys and Houhai lake near Sihuan are all venues where children can play and learn."