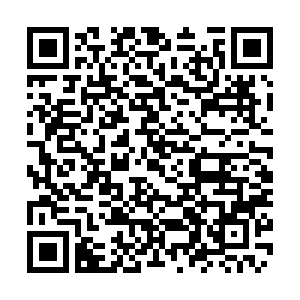 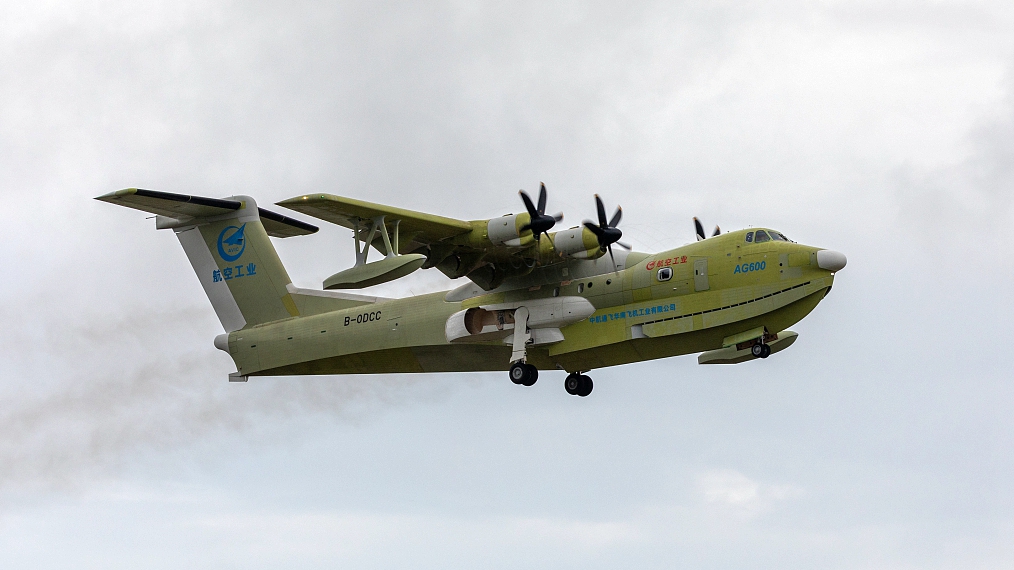 A full-state new-configuration model of China's AG600 large amphibious aircraft conducted a successful maiden flight on Tuesday, according to the Aviation Industry Corporation of China (AVIC), the country's leading plane-maker.

This AG600 amphibious aircraft took off from the Zhuhai Jinwan Airport in south China's Guangdong Province at 10:55 a.m., and then safely landed at the airport after a 20-minute flight, said the AVIC.

AG600 aircraft remained in good condition throughout the flight, with the control system operating well and all systems working stably, said the developer.

The successful maiden flight marked a new phase for the AG600 project and a major breakthrough in developing the firefighting functional model of the large amphibious aircraft, said the AVIC. 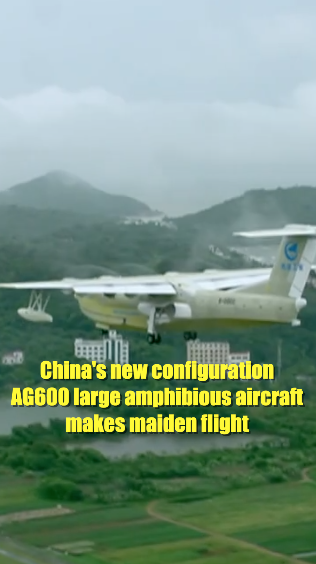 This AG600 aircraft is specially developed to serve firefighting missions, with a maximum take-off weight of 60 tonnes and maximum water-storage capacity of up to 12 tonnes. It fills China's need for a large firefighting aircraft, the AVIC added.

It is installed with a pressure cabin, fly-by-wire flight control system, integrated avionics system, and systems for its future firefighting missions.

The AG600, together with the Y-20 large transporter and the C919 single-aisle passenger airplane, is part of China's key project to independently develop a "large aircraft family."

Codenamed Kunlong, the AG600 is a key piece of aeronautical equipment in China's emergency-rescue system.

It is also the first Chinese homegrown large specialized airplane to be developed in line with civil aircraft airworthiness standards, said the AVIC.

The AG600 will be capable of serving firefighting missions in 2023. The firefighting type and emergency rescue type of AG600 aircraft are expected to receive certification and enter the market in 2024 and 2025, respectively.