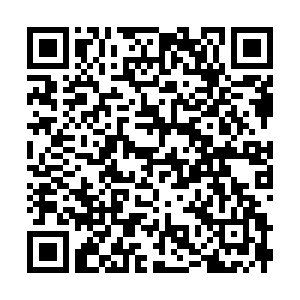 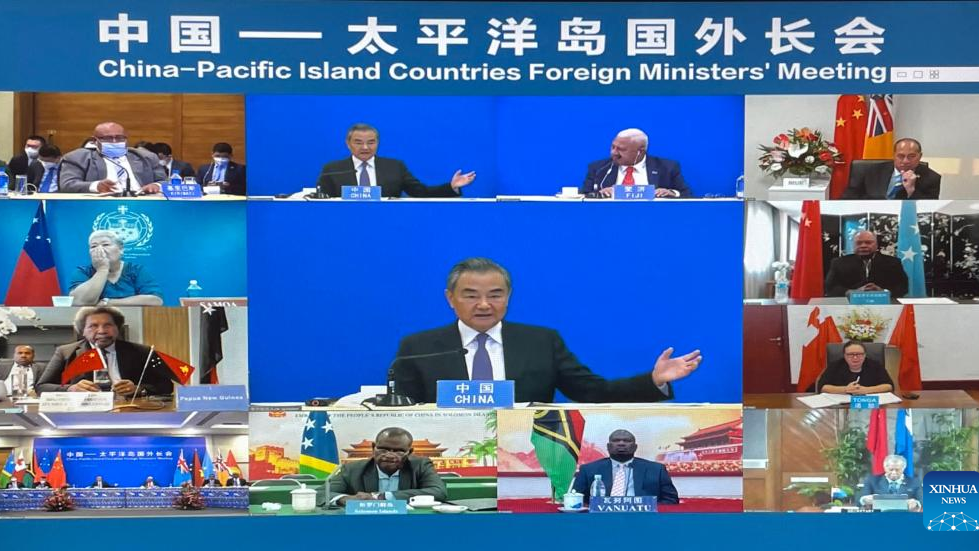 The cooperation between China and the Pacific island countries has been in line with the trend of the times and full of vitality and presents a promising, bright future, Chinese State Councilor and Foreign Minister Wang Yi said on Monday.

Wang, who co-hosted the second China-Pacific Island Countries Foreign Ministers' Meeting with Fijian Prime Minister and Foreign Minister Josaia Voreqe Bainimarama in Suva, capital of Fiji, said the world is witnessing unprecedented challenges and transformations. China's answer to the future path for humanity is the building of a community with a shared future.

China is willing to join hands with other countries to bring more stability and certainty to the turbulent and volatile world, and to promote solidarity and confidence to the world faced with the risk of division.

Noting that over 10 outcomes reached at the first China-Pacific Island Countries Foreign Ministers' Meeting have been implemented, Wang said China has made every effort to help Pacific island countries fight natural disasters and the COVID-19 pandemic.

China stands firmly with Pacific island countries on their concerns such as national sovereignty and security, climate change, maritime rights and interests, and sustainable development, he added.

Facts prove that cooperation between China and Pacific island countries has been in line with the trend of the times and brings benefits to people in the region, Wang said.

Wang stressed that over the past half-century, no matter how the international landscape evolved, China's friendly policy towards Pacific island countries has remained unchanged and its commitment to cooperation with them has remained firm.

China firmly supports anything that serves the interests of Pacific island countries, and does not hesitate to do anything they need, the foreign minister added.

Based on the basic principle of mutual respect and toward the fundamental goal of common development, China is ready to enhance political communication, join hands in development, provide full support to fight the pandemic, take the lead in tackling climate change, strengthen people-to-people exchanges and mutual learning, and promote international solidarity and collaboration, so as to push forward steady and long-term development of bilateral relations with more fruitful results, he said.

China will continue listening to the voice of Pacific island countries and their peoples, and respect the existing cooperation mechanisms and arrangements in the region, Wang said.

China also supports other willing countries to increase input into the development of Pacific island countries and carry out tripartite or even quartet cooperation so as to draw on each other's strengths and form synergy, he added.

At the meeting, leaders and foreign ministers from the Pacific island countries said their countries cherished the friendship and partnership with China, and thanked China for its selfless support and help in fighting disasters and the pandemic, enhancing economic resilience and pursuing self-driven development.

They voiced support for joint construction of the Belt and Road Initiative and the Global Development Initiative, saying that they will stay firmly committed to the one-China policy.

They said Pacific island countries look forward to expanding cooperation with China in various fields and drawing on China's experience in reform and development to support the island nations' 2050 Strategy of the Blue Pacific Continent, enhance the capability of building basic infrastructure, improving people's well-being, tackling climate change and carrying out ecological protection, so as to achieve sustainable development, provide better lives for the people of Pacific island countries, and write more stories about the deep friendship. 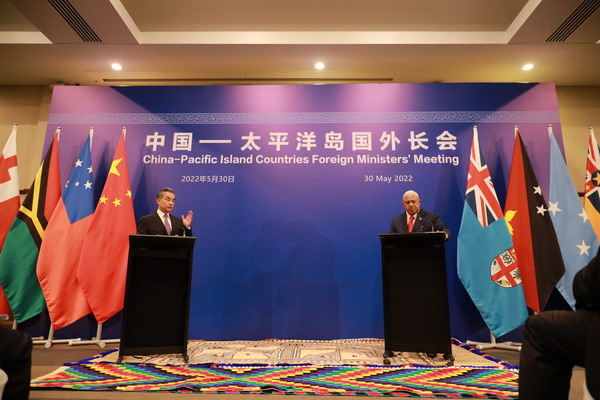 The Chinese foreign minister also responded to some recent questions on why China so actively supports and helps South Pacific island nations, saying that as a developing and responsible country, China has been helping and supporting not only South Pacific island countries, but also other developing countries in Africa, Asia, Latin America and so on from the past to the present.

In as early as the 1960s, China tightened its own belt to build railways for some African countries, Wang said as an example, adding that China is forever standing with developing countries, and with medium- and smaller-sized countries.

Wang advised some people not to be over-anxious or over-sensitive, as the common development and prosperity realized by China and other developing countries will make the world a more equal, harmonious and stable place.

After the meeting, China issued a position paper on mutual respect and common development between the country and the Pacific island countries.