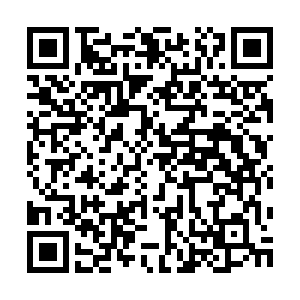 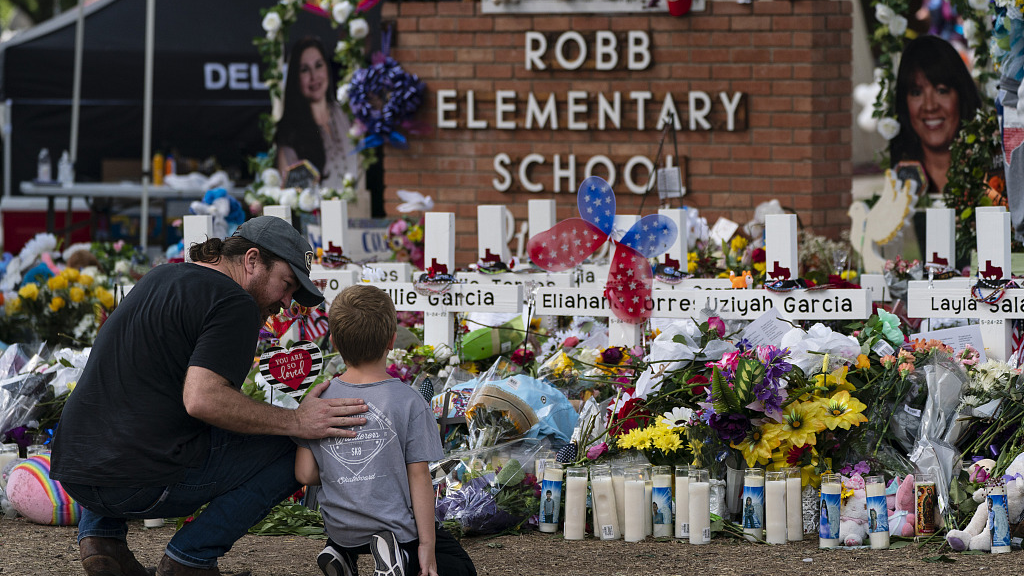 A man and a boy attend a memorial at Robb Elementary School for the victims killed in the school shooting in Uvalde, Texas, U.S., May 29, 2022. /CFP

A man and a boy attend a memorial at Robb Elementary School for the victims killed in the school shooting in Uvalde, Texas, U.S., May 29, 2022. /CFP

Grieving families were to hold the first funerals Tuesday for Texas shooting victims one week after a school massacre left 19 children and two teachers dead, with President Joe Biden vowing to push for stricter gun regulations in the U.S.

Mourners attended wakes in the town of Uvalde on Monday for some of the children gunned down by a local 18-year-old man who was then killed by the police.

In Washington, Biden – who visited the small town about an hour's drive from the Mexico border earlier in the weekend – responded to desperate calls for weapons reform.

"I've been pretty motivated all along" to act on guns, Biden told reporters on Monday.

"I'm going to continue to push," he said. "I think things have gotten so bad that everybody is getting more rational about it."

A bipartisan group of U.S. lawmakers worked through the Memorial Day weekend to pursue possible areas of compromise.

They reportedly were focusing on laws to raise the age for gun purchases or to allow police to remove guns from people deemed at risk, but not on an outright ban on high-powered rifles like the weapon used in Uvalde or the one used 10 days before that in Buffalo, New York.

The country's Memorial Day weekend – Monday is a national holiday – has been marked by yet more graphic violence.

At least 132 gun deaths and 329 injuries were recorded nationwide from last Saturday to Monday evening, according to the Gun Violence Archive website.

Biden said Monday he is deliberately "not negotiating with any of the Republicans yet," adding that "I know what happened when we had rational action before" on gun regulation.

"It did significantly cut down mass murders."