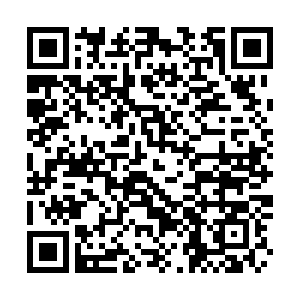 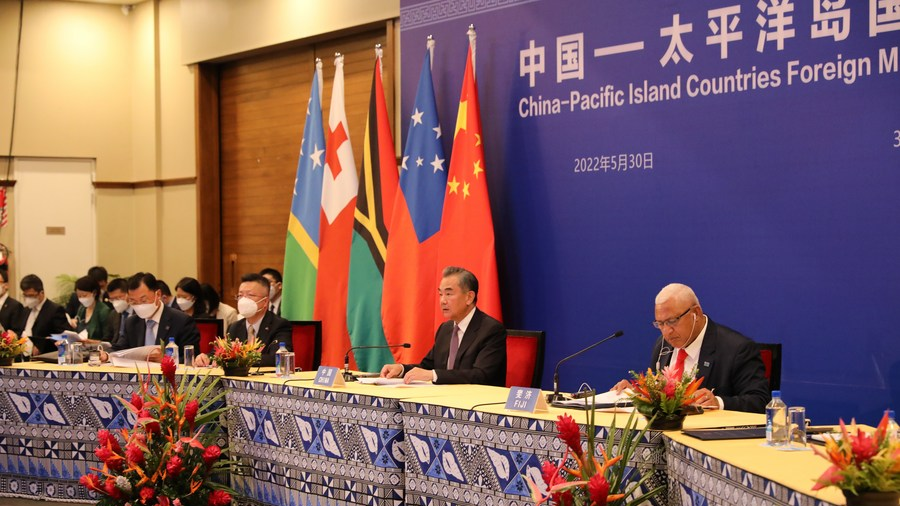 On May 30, Chinese President Xi Jinping delivered an address at the 2nd China-Pacific Island Countries (CPIC) Foreign Ministers' Meeting in Fiji, that focuses on cross-border investments  and establishing a community with a shared future. "China is ready to work with Pacific island countries to strengthen the confidence in tackling challenges together, build up consensus on jointly seeking development, galvanize support for shaping the future together, and join hands to build an even closer China-Pacific Island Countries community with a shared future," said Xi.

The "time-honored" friendship, highlighted by President Xi, represents strong potential for future enhancement. It reflects on growing support among China and Pacific Island Countries in the areas of trade, education, economy, agriculture, poverty alleviation and climate. The total trade volume between Beijing and the Pacific Island Countries with which it has enjoyed good diplomatic relations has clocked significant growth over the past few decades. Accordingly, the five-point consensus reached between China and Pacific island countries advances win-win cooperation. 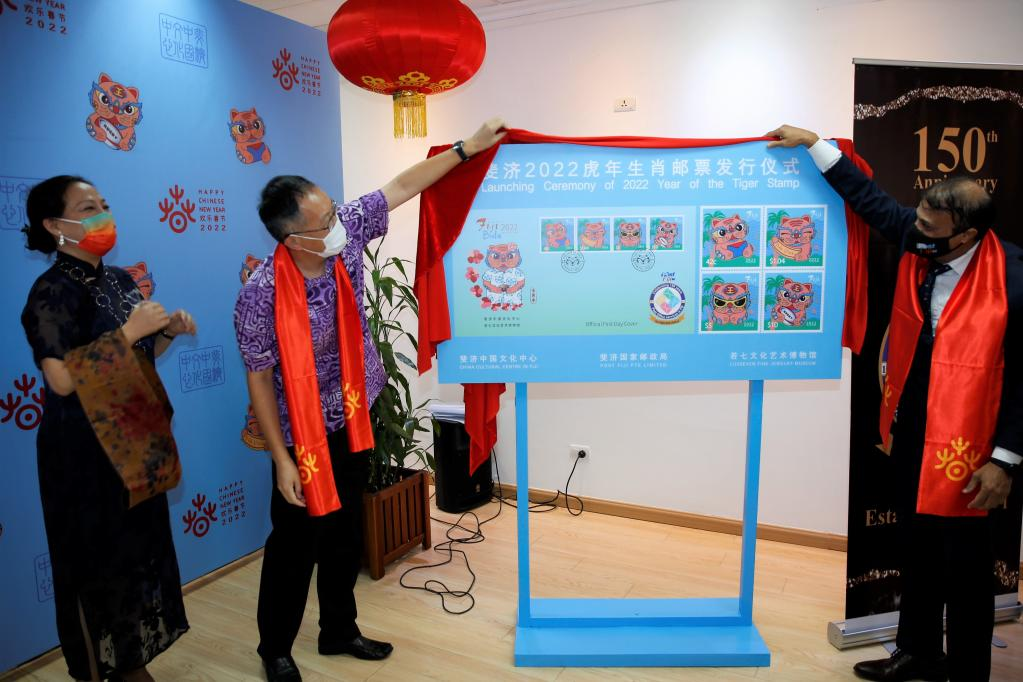 Wang Xuguang (2nd L), counselor of the Chinese Embassy in Fiji, and Anirudha Bansod (R), CEO of Post Fiji, attend the launching ceremony for the Year of the Tiger stamps at the China Cultural Center in Fiji, in Suva, Fiji, February 15, 2022. /Xinhua

Wang Xuguang (2nd L), counselor of the Chinese Embassy in Fiji, and Anirudha Bansod (R), CEO of Post Fiji, attend the launching ceremony for the Year of the Tiger stamps at the China Cultural Center in Fiji, in Suva, Fiji, February 15, 2022. /Xinhua

All nations involved have deepened their comprehensive strategic partnerships, while accommodating each other's "core interests and major concerns." The actions signal a close alignment with the Pacific states' "consensus-first" approach. Leaderships have also welcomed pathways for stepping up people-centric interactions for mutual understanding between the developing countries that Beijing champions in many parts of the world, including Africa and the Caribbean.

The concept of "true multilateralism" connected to China and Pacific states is where climate and development support each other. Finally, the mutual regard for one another's sovereignty, independence and national dignity – irrespective of geographical size – maintains equality at the frontlines, as echoed by Xi's remarks.

The Chinese president also spoke about the principle of "pursuing the greater good," and the role this plays in China's deepening engagement with Pacific Island Countries. Consider the initial agreement between nations as scaling cooperation across five key areas. It includes: post-pandemic economic recovery, agriculture support and disaster management. Beijing's openness to shape a common prosperity consensus among developing powers, and promising to share development dividends, are building blocks to the greater "harmony, greater justice and greater progress" envisioned for the entire world. Wang's said Beijing remains committed to cooperation without any "political strings attached" that stands in line with China's resolve to expand opening-up at a higher level with Pacific island Countries. The win-win determination cannot be understated.

Interestingly, Beijing's respect for Pacific Island Countries' consensus-first approach reflects in China's anticipated release of a forthcoming position paper, which will detail propositions and cooperation proposals to advance long-term regional engagement with Pacific partners. This approach to consensus-building and in-depth discussions speaks to the value of the China-Pacific Island Countries Foreign Ministers' Meeting as a platform: It provides vital opportunities to synthesize cooperation and development paths, and ensure trajectories are consistent with countries' own national conditions.

"The recent influx of high-level visits to our Blue Pacific demonstrates the increasing value that our partners, including China, must place on our collective ability to think, live, engage and deliver," said Henry Puna, secretary general of the Pacific Islands Forum.

Presenting engagement as a model for South-South cooperation, strengthen all-out dialogue, and collectively build an "even closer community of shared future for China and Pacific Island Countries" should serve as an outstanding reminder of the value both sides place on their shared futures.