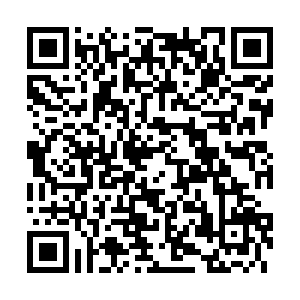 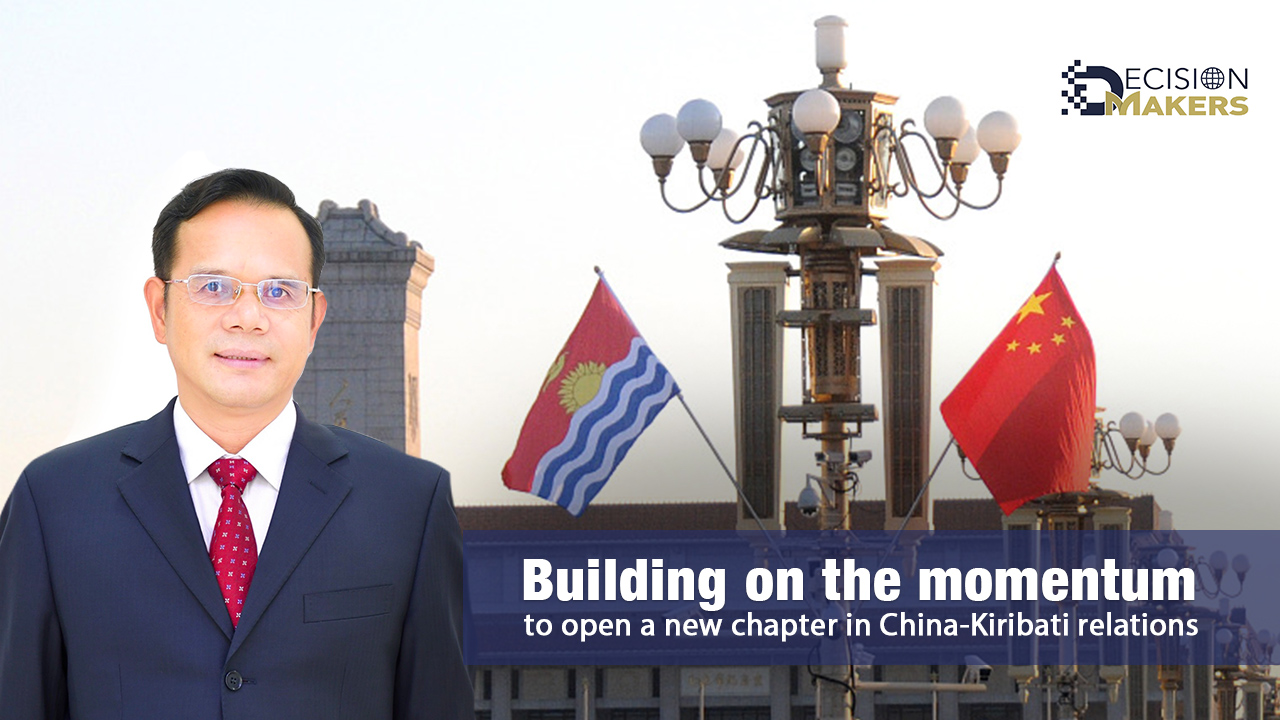 Editor's note: Decision Makers is a global platform for decision makers to share their insights on events shaping today's world. Tang Songgen is the Chinese ambassador to the Republic of Kiribati. The article reflects the author's opinions and not necessarily the views of CGTN.

This is another important high-level interaction between China and the Pacific Island Countries (PICs) after Chinese President Xi Jinping's state visits to Fiji in 2014 and to Papua New Guinea in 2018. It's also the first visit of a senior Chinese official to Kiribati since the resumption of diplomatic relations between the two countries, opening a new chapter in the development of China-Kiribati relations.

On September 27, 2019, Kiribati stood on the right side of history and restored diplomatic relations with China. Over the past two years since the resumption of diplomatic relations between China and Kiribati, China has been following the principle of sincerity, real results, amity and good faith, and works hand in hand with Kiribati to promote the development of the bilateral relations, achieving fruitful cooperation results and bringing tangible benefits to the people of both countries. The rapid development of China-Kiribati relations reflects the comprehensive strategic partnership between China and PICs getting deeper and more concrete.

With mutual respect and equal treatment, both sides work together to build an exemplary model of diplomatic relations. During his visit to Kiribati, State Councilor Wang Yi said that China and Kiribati trusted and supported each other and it has become a model of equal treatment between big and small nations.

From the traditional concept of harmony without uniformity to the Five Principles of Peaceful Coexistence and Xi Jinping Thought on Diplomacy, China has always advocated mutual tolerance of different social systems and development paths, and believes in the equality and the necessity for mutual appreciation and exchange of different cultures.

China respects Kiribati's right to choose its own development path and accommodates its development needs. Kiribati appreciates China's valuable assistance, and even more so for the fact that China sincerely listens to the Kiribati's voice and provides assistance in line with Kiribati's interests and national realities, instead of being condescending or intrusive.

Both China and Kiribati were victims of imperialism and colonialism. Therefore, both countries know the importance of equality and respect. Western countries once plundered phosphate resources in Banaba of Kiribati, stole and leaked government documents from some island countries and dictated policies and ideas of some countries without scruple. Recently, an Australian scholar even openly declared his intention to implement the Monroe Doctrine among the PICs, which again reveals the thinly veiled attempt of western countries to use the island countries as geopolitical pawns and sacrifice their interests to contain China. The PICs are no one's backyard and do not serve as an arena for geopolitical strife. China and the PICs are a family of equals and treat each other with cordiality. Power may win for the time being, but justice will prevail in the long run. China's respect for the PICs has been met with understanding and support from PICs. 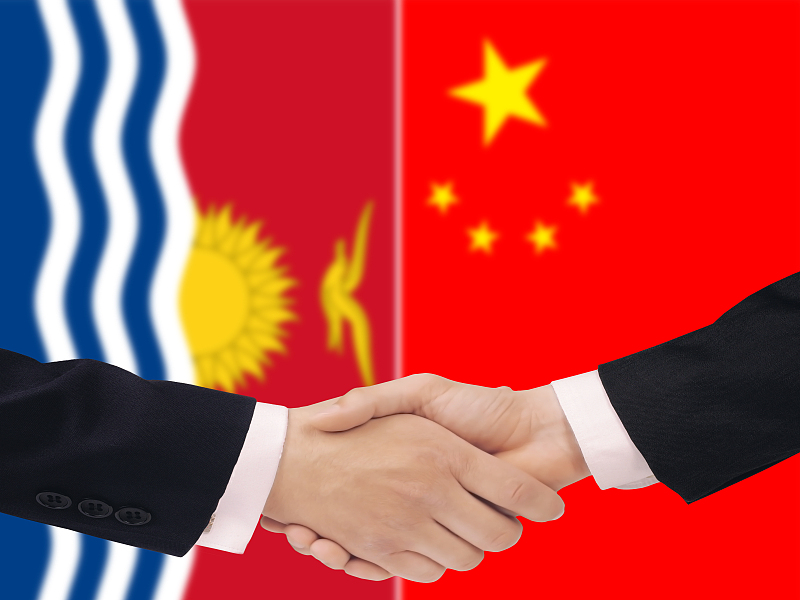 Mutual assistance and win-win cooperation pave the way towards common prosperity. China ties the interests of the Chinese people closely to those of the island countries, including Kiribati, and considers issues from the standpoint of the whole world and all mankind, striving for the development and well-being of the vast number of developing countries.

The people of Kiribati have the traditional and modest idea of pursuing common prosperity and are eager to achieve long-term development through cooperation with China. China will provide support and assistance to Kiribati within its capacity by prioritizing the greater good over its own interests; carry out a series of economic and technical cooperation projects in infrastructure, transportation, pandemic control, people's livelihood, agriculture and fishery and help Kiribati make good use of the zero-tariff treatment and e-commerce platforms to explore the vast opportunities of China's huge market and ride on the Chinese development tide.

During State Councilor Wang Yi's visit to Kiribati, the two sides signed the cooperation document on jointly building the BRI, the agreement on the implementation of the South-South cooperation materials assistance project to tackle climate change, and the protocol on China's medical aid team to Kiribati. The first batch of China's medical aid team since the resumption arrived in Kiribati on a chartered flight with the Chinese delegation led by State Councilor Wang Yi. All of these are long-awaited cooperation that Kiribati really needs.

China keeps on sharing know-how and carries out technical assistance, experience exchange and training programs to help Kiribati upgrade its pillar industries such as coconut and fishing, and enhance its capacity for independent and sustainable development. The Chinese team adopts a down-to-earth approach by asking the local people what they need and what they think, so as to comprehensively and quickly understand the local conditions and public opinions.

In doing so, both sides manage to continuously explore the potential for cooperation and create new growth drivers.

Independence, fairness and justice are the prerequisite to jointly building a community of a shared future for mankind. At present, changes unseen in a century are taking place alongside the unprecedented pandemic. In the face of the complex international situations and serious global challenges, countries have more ardent expectations for peaceful development and louder calls for fairness and justice.

During the visit, President Maamau told State Councilor Wang Yi that Kiribati staunchly pursues the one-China principle and firmly supports the building of a community with a shared future for mankind. In the international arena, China and Kiribati respect each other's core interests and major concerns. China stands for justice for the majority of developing countries, while Kiribati strongly supports China on issues related to Xinjiang Uygur Autonomous Region and Hong Kong Special Administrative Region, and firmly upholds international justice and fairness.

Kiribati and other PICs have defied the pressure of external forces, resolutely defended their sovereign rights and national dignity, and supported Solomon Islands to carry out reasonable and legitimate security cooperation with China independently and autonomously. When the U.S. and the West used China's cooperation with Kiribati to smear China and interfere with and undermine China-Kiribati relations, often citing the development of Kanton Island and opening of the Phoenix Islands Protected Area to commercial fishing, Kiribati was always the first to stand up and fight back.